'Your heart hurts': 3 dead after train bound for Seattle derailed in Montana 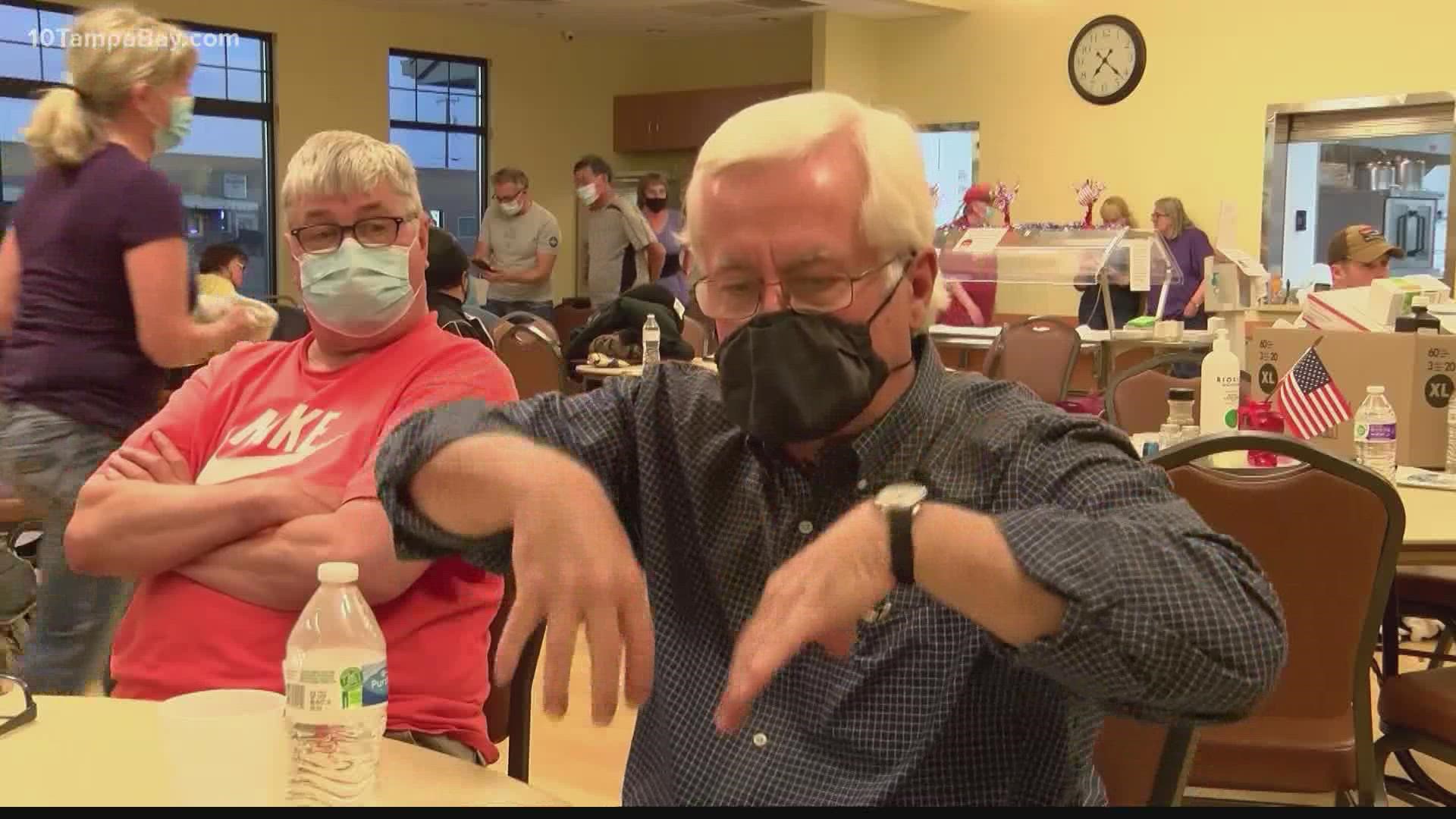 CHESTER, Montana — Three people died Saturday after an Amtrak train bound for Seattle and Portland derailed near Joplin, Montana. The cause of the derailment is unknown.

Eight of the 10 cars on the train derailed around 3 p.m. PST Saturday.

The train was carrying about 141 passengers and 16 crew members and had two locomotives, Amtrak spokesman Jason Abrams said.

Most passengers on the train were treated and released for their injuries, but five who were seriously hurt were taken to Benefis Health System hospital in Great Falls, Montana, said Sarah Robbin, Liberty County emergency services coordinator. Two were in the ICU, another spokesperson said. Another two people were at Logan Health, a hospital in Kalispell, Montana, a spokesperson said.

All passengers have been accounted for.

“Your heart hurts. Your stomach hurts. You don’t know what is going on but at the same time there are people that need your help," said Amanda Frickel, who works for the department of emergency services in Hill County, Montana.

The majority of people who responded to the scene were volunteers, according to Montana Gov. Greg Gianforte, and "most did not sleep at all [Saturday] night."

“They were in a horrific event and just going in and letting them know that you cared and that you were trying the best you could and you would get answers for their questions - but it would take some time. They were completely understanding," Frickel added.

A 14-member team including investigators and specialists in railroad signals will look into the cause of the derailment on the BNSF Railway main track that involved no other trains or equipment, said NTSB spokesman Eric Weiss.

Law enforcement said the officials from the NTSB, Amtrak and BNSF arrived at the site that cuts through recently harvested wheat fields. Several large cranes were brought to the tracks that run roughly parallel to U.S. Highway 2, along with a truckload of gravel and new railroad ties.

Pictures on social media show multiple cars derailed from the tracks. Passengers could be seen standing in clusters outside the train. One staging area for the wounded was set up at a high school in Chester, Montana.

1 / 22
Larry Mayer/The Billings Gazette via AP
This aerial view taken Sunday, Sept. 26, 2021, shows part of an Amtrak train that derailed in north-central Montana Saturday that killed multiple people and left others hospitalized, officials said. The westbound Empire Builder was en route to Seattle from Chicago, with two locomotives and 10 cars, when it left the tracks about 4 p.m. Saturday.

The train, an Amtrak Empire Builder 7/27, travels between Chicago and Seattle and also makes stops in St. Paul, Spokane and Portland.

Individuals with questions about their friends and family aboard the train should call 800-523-9101.

There will be no trains running between Seattle and Minneapolis on the Empire Builder route, according to the company.

Amtrak customers can contact the company at 800-872-7245 to obtain additional information about the status of services.

Bob Chipkevich, who oversaw railroad crash investigations for several years at the NTSB, said the agency won’t rule out human error or any other potential causes for now.

“There are still human performance issues examined by NTSB to be sure that people doing the work are qualified and rested and doing it properly,” Chipkevich said.

Chipkevich said track conditions have historically been a significant cause of train accidents. He noted most of the track that Amtrak uses is owned by freight railroads and it depends on those companies for safety maintenance.