Archaeologists say this is a serious problem with state law. 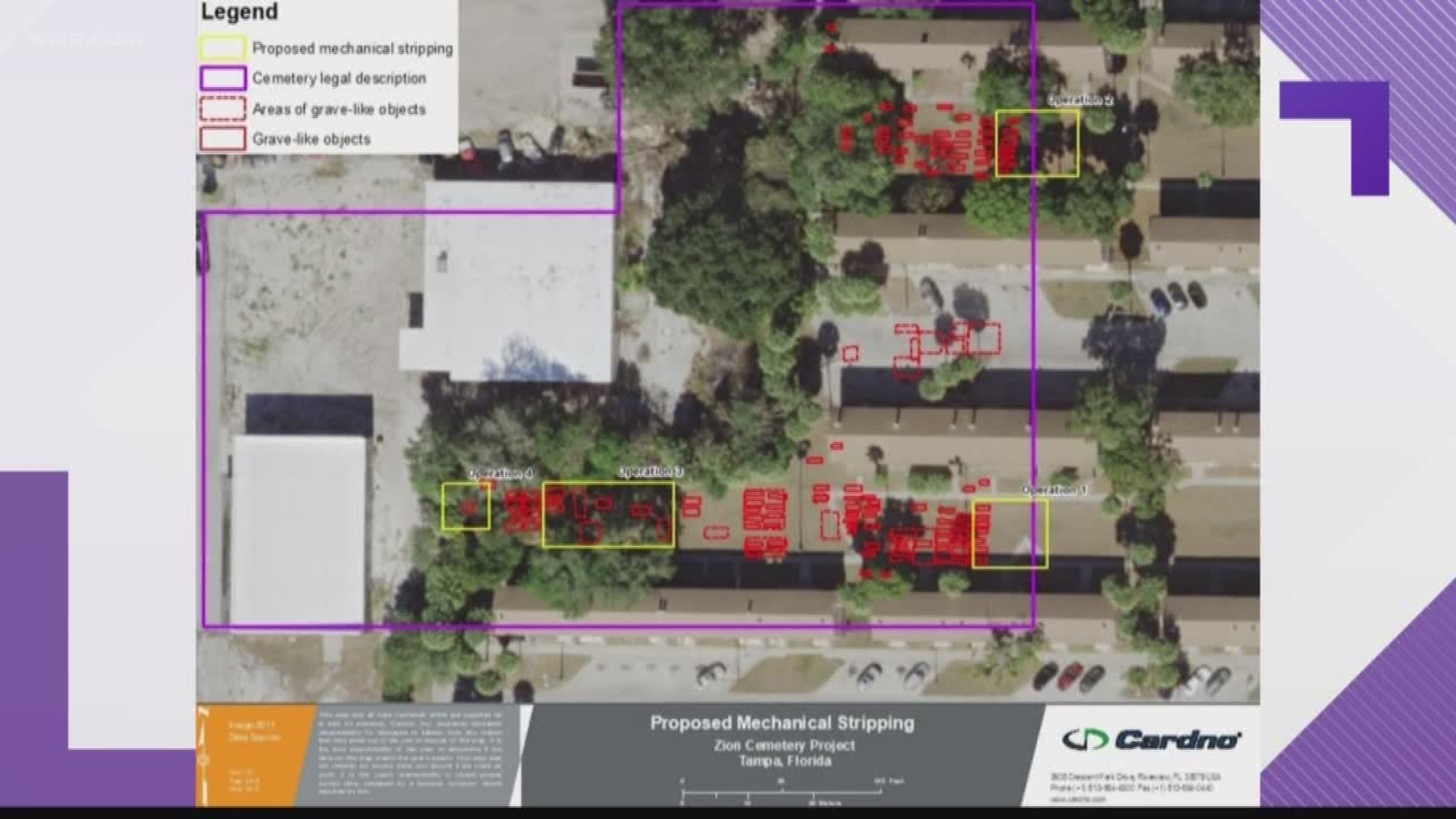 TAMPA, Fla. — Nearly 130 graves from Tampa's first black cemetery still sit under a public housing development where people live, and there could be hundreds more. However, because a large portion of the old cemetery is on private property, the public, and descendants might never know for sure.

Archaeologists say this is a serious problem with state law.

"The GPR has given us a good idea of where some potential burials could be, but one of the things we need to do now is to really make sure that we know the boundaries of the cemetery,” said Rebecca O’Sullivan of USF’s Public Archaeology Network.

Archaeologists with Cardno and USF released a plan that calls for digging in the soil to confirm the presence of coffins without disturbing the remains.

However, a large portion of the old cemetery is on private property owned by businessman Richard Gonzmart. His attorney wasn't available for comment, but he told the Tampa Bay Times about plans to have the area surveyed for bodies.

“It's been reported that Mr. Gonzmart wants to make sure that any results from work that's done on his property is made public, but there's no requirement under state statute that he would do that,” said O’Sullivan.

That means under chapter 872 of Florida statutes, if he wanted to keep the results private, he could.

Archaeologists who’ve worked on the issue say that needs to change to repair the legacy of segregation that created the Zion injustice in the first place.

“The African American cemeteries that we do have…it's a miracle that they're still there because the system of segregation was set up to destroy those places and destroy the places that African American people held dear,” said O’Sullivan.

“We do have some really important pieces of locations that speak to African American history in Tampa that still survived, but there's so many that have been destroyed," she added. "And it's not a surprise that they were destroyed because that is how the system was set up - to make sure that they would be erased.”

RELATED: Frustration mounts over new bill calling for Zion bodies to be exhumed