Teen flies a plane before driving a car, pursuing career as naval aviator

Arlington senior Nilah Williamson has a slightly different goal than other teens -- get her pilot's license before she graduates. 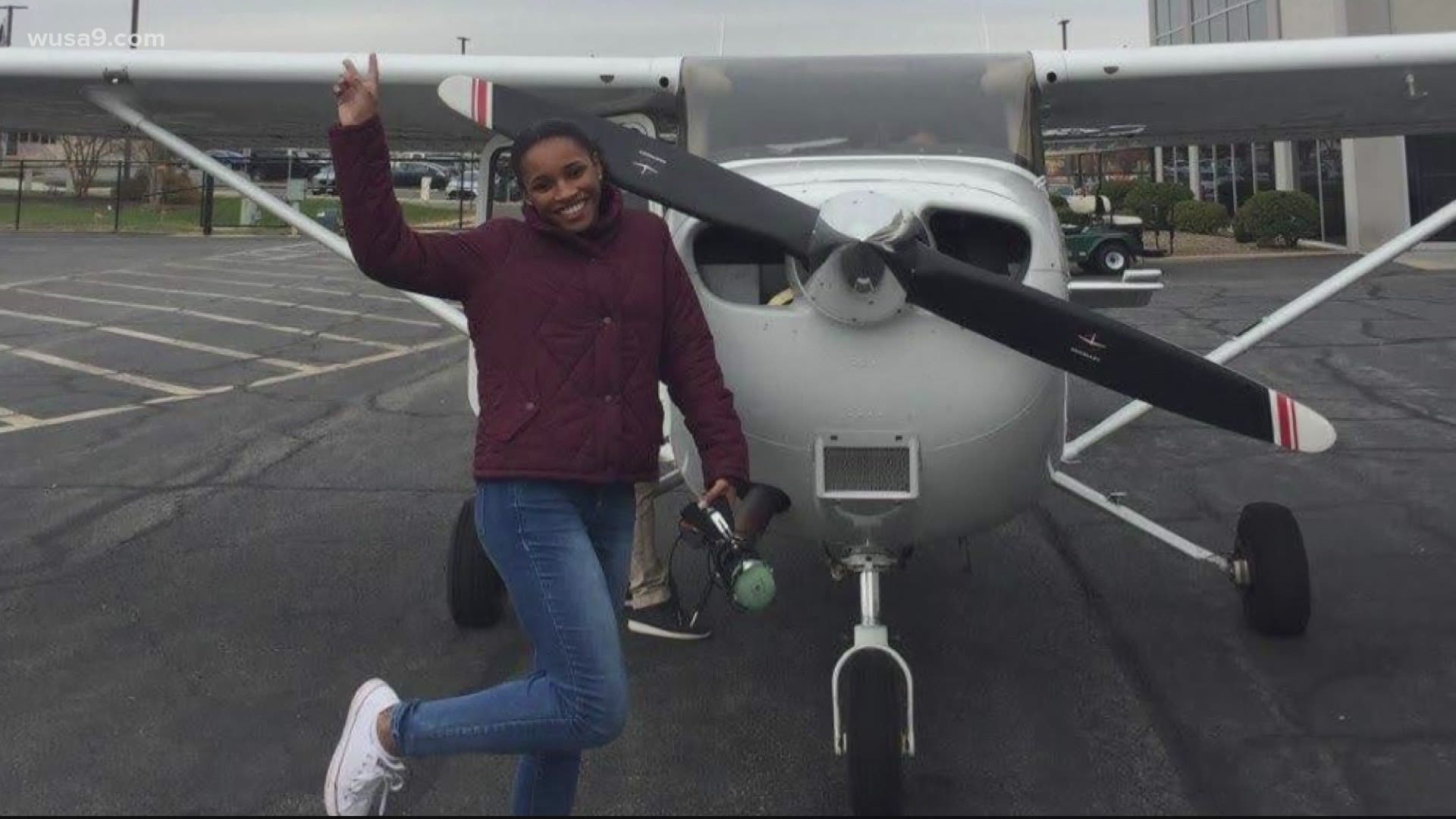 ARLINGTON, Va. — While many teens were pursuing their driver's licenses, Arlington senior Nilah Williamson turned her focus to flight. She ended up flying a plane before ever driving a car.

“I had not even taken my driver’s classes, so definitely different priorities than other teenagers in life," Williamson said.

Williamson first fell in love with aviation in sixth grade, when she attended Leadership LINKS, a youth leadership program that exposed young girls to opportunities in STEM fields.

“I got on a flight simulator when I was going into sixth grade, and I absolutely fell in love with it, and I decided then that I wanted to pursue flying," she said.

Fast forward to junior year — she took an aviation class at an Arlington career center that cemented her goal to become a naval aviator in the U.S. Marine Corps. She said that's also where she met her mentor.

Flying a plane before driving a car?!

That's this 17-year-old's story. She just passed her written exam to become a pilot, and hopes to earn her license before graduation.

Hear about her impressive career goals on @wusa9 at 11. @aliahonair @USMC pic.twitter.com/YKrnwspJan

“I have four generations of military service, and the same goals are instilled in me that the military has," Williamson said. "I just am inspired by the people in my family who also were in the military.”

To date, she said she has flown twice, but needs to rack up 40 hours of flight time before earning her pilot's license. Her goal is to do so by graduation.

“It’s actually very calming being up in the sky, so as long as you’re calm yourself, you know that the instructor next to you will keep you safe," Williamson said. "It’s a learning-as-you-go experience, being willing to make mistakes and learn from them, not being afraid of failure.”

Her goals and attitude were inspired, at least in part, by Lt., j.g. Madeline Swegle, the U.S. Navy's first Black female tactical fighter pilot. The Virginia native earned her Wings of Gold over the summer.

"Seeing someone look just like me pursuing the same dreams I had was completely inspirational," Williamson said. "Maybe one day I can be a first in one area, too.”

Credit: Aliah Williamson
Arlington high school senior NIlah Williamson flew a plane before ever driving a car. She aspires to be a naval aviator in the Marine Corps one day.

For now, the teen is focusing on earning both her driver's and pilot's licenses — while navigating a virtual senior year — and running the club she founded at her high school last year, Patriots For Patriots.

"It was founded to help veterans and their families," Williamson said. "I am a military child, so I understand the sacrifices not only our veterans have made, but their spouses, and the children, so I wanted to give back to the veterans in the community."

She said she knows it's relatively rare for young women to pursue a career as a pilot in the military — especially in the Marine Corps — but that serves as motivation.

“It doesn’t discourage me," she said. "It actually makes me more excited to be one of the few.”

She hopes to one day call herself one of "The Few, The Proud."