Gov. DeWine is accused of violating the Ohio and United States Constitutions, as well as multiple sections of the Ohio Revised Code. 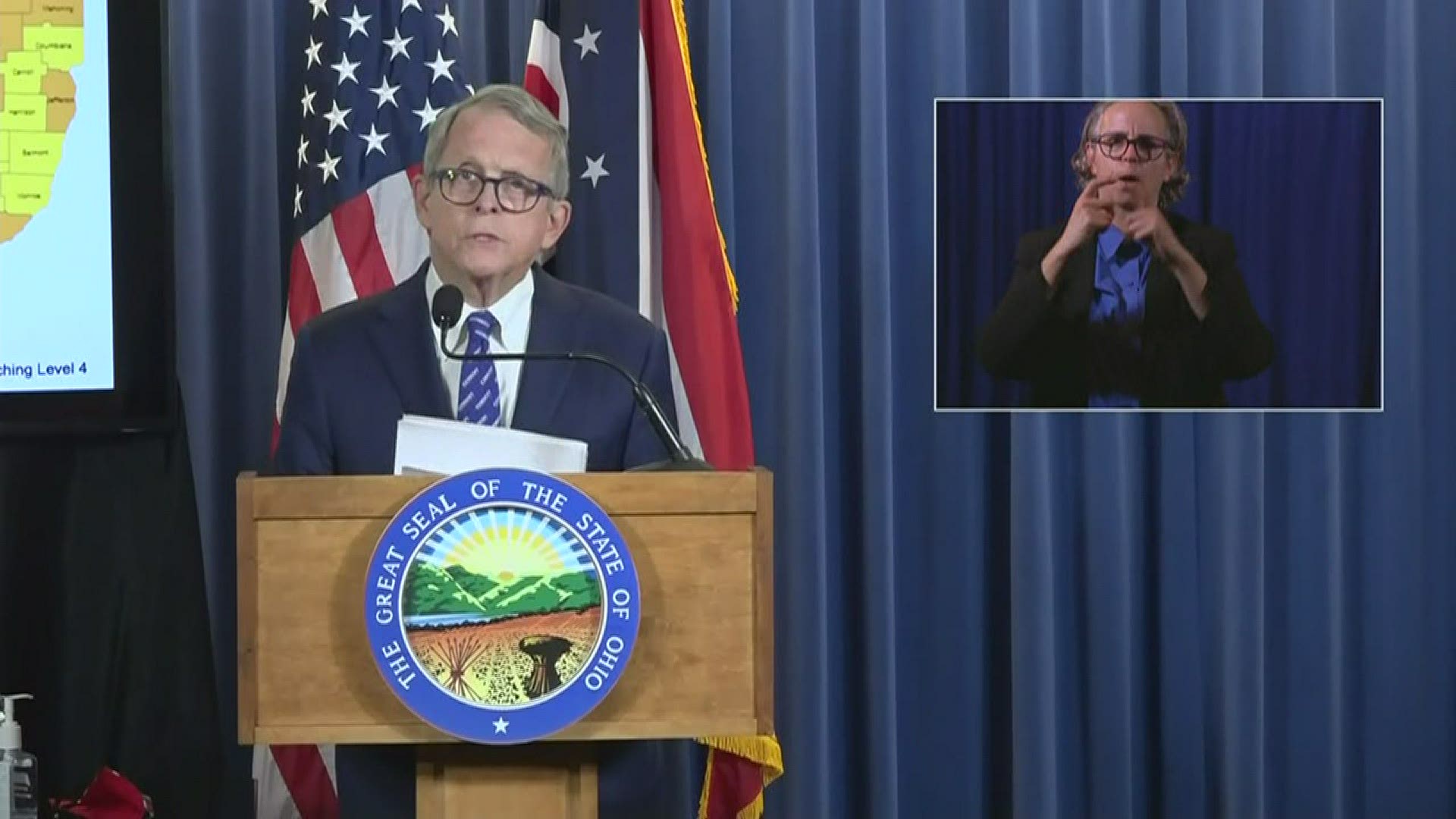 COLUMBUS, Ohio — State Representative John Becker, a Republican from Clermont County, Ohio, announced Monday that he has drafted 10 articles of impeachment against Gov. Mike DeWine over the governor's response to the coronavirus.

An article on the Ohio House of Representatives website claims Gov. DeWine has violated the Ohio and United States Constitutions, as well as multiple sections of the Ohio Revised Code.

DeWine is accused of meddling in the conduct of a presidential primary election and arbitrarily closing certain businesses while allowing others to remain open.

The article says DeWine's statewide mask mandate is making Ohio a hostile work environment, while extending the mandate to places of worship forces citizens "to choose between worshipping their God and worshipping at the altar of unbridled government."

Becker says many Ohioans find the mask mandate offensive, degrading, humiliating and insulting, while there is also evidence that masks can be hazardous to one's health.

He also says Gov. DeWine doubled down when he expanded the mask mandate to school-age children, who are less susceptible to COVID-19.

Read the articles of impeachment below:

Becker made the following statement:

I kept holding out hope that we wouldn’t get to this place. For months and months, I’ve been hearing the cries of my constituents and of suffering people from every corner of Ohio. They keep screaming, “DO SOMETHING!” They are hurting. Their businesses are declining and depreciating. Their jobs have vanished. The communities that have sustained their lives are collapsing, and becoming shells of what they once were.

Living in fear, many have turned to drugs and yes, even suicide, to end or tolerate the unbearable pain inflicted by the governor upon their livelihoods, and the damage caused by his unraveling of the fabric of Ohio. It is long past time to put an end to government gone wild.

With deaths and hospitalizations from COVID-19 flattened, the Governor continues to press his boot on the throat of Ohio’s economy. Due to the unilateral actions of Governor DeWine, a growing number of businesses have failed and continue to fail. Millions of frustrated, exasperated, and suffering Ohioans are relying on the General Assembly to take control and end their government-driven affliction.

Gubernatorial recall elections are not permitted in Ohio and removal by complaint is too arduous and impractical for the citizenry to navigate as a process for taking back their government. The only other option is impeachment.

In addition to ImpeachDeWine.com, constituents can find and contact their state representatives at OhioHouse.gov.  Only massive public demand for Governor DeWine’s resignation or impeachment can save what is left of Ohioans’ confidence in their public officials.

Becker is asking his 98 House colleagues to join him in "ending the madness." One of his colleagues, Rep. Nino Vitale of Cleveland, has voiced his support of the impeachment on Facebook.

Rep. Nino Vitale
This is a letter from what appears to me, to be a holy pastor in Mik... e DeWine's own church. I believe it is worth your time to read. Here are some highlights he covers. Maybe Dictator DeWine should listen to this pastor in his church.

The Ohio Constitution states that the Ohio House of Representatives has the sole power of impeachment.

A majority of lawmakers there would need to support the effort for DeWine to be impeached. Two-thirds of the Ohio Senate would then have to vote to convict the governor.

“Instead of working to rebuild the public’s trust or calling the House back from summer recess to address the very real public health and economic crises Ohio currently faces by focusing on protecting small businesses and slowing the spread of COVID-19, Republicans continue to fight one another over political power. Ohioans deserve better leadership and I hope Republicans re-focus their attention towards the struggling Ohioans who need them to serve instead of enriching and promoting themselves.”

A tweet from the Ohio House Democrats said, "During the worst public health & economic crisis we’ve seen in decades, House GOP essentially bullied the Ohio Health Director out of office. Now, instead of acting to keep Ohioans healthy or protect small businesses, they want to impeach the governor for listening to experts."

A newsletter post from Vitale, the cosponsor of the articles of impeachment, seeks more than just removal from office for DeWine.

"Articles of Impeachment do not go far enough for me. While it’s a good step, Dictator DeWine needs to be charged and tried for crimes against humanity, in my opinion."