In Tampa Bay’s largest school district, Hillsborough Superintendent Addison Davis had announced Tuesday all students will have to wear a face covering. 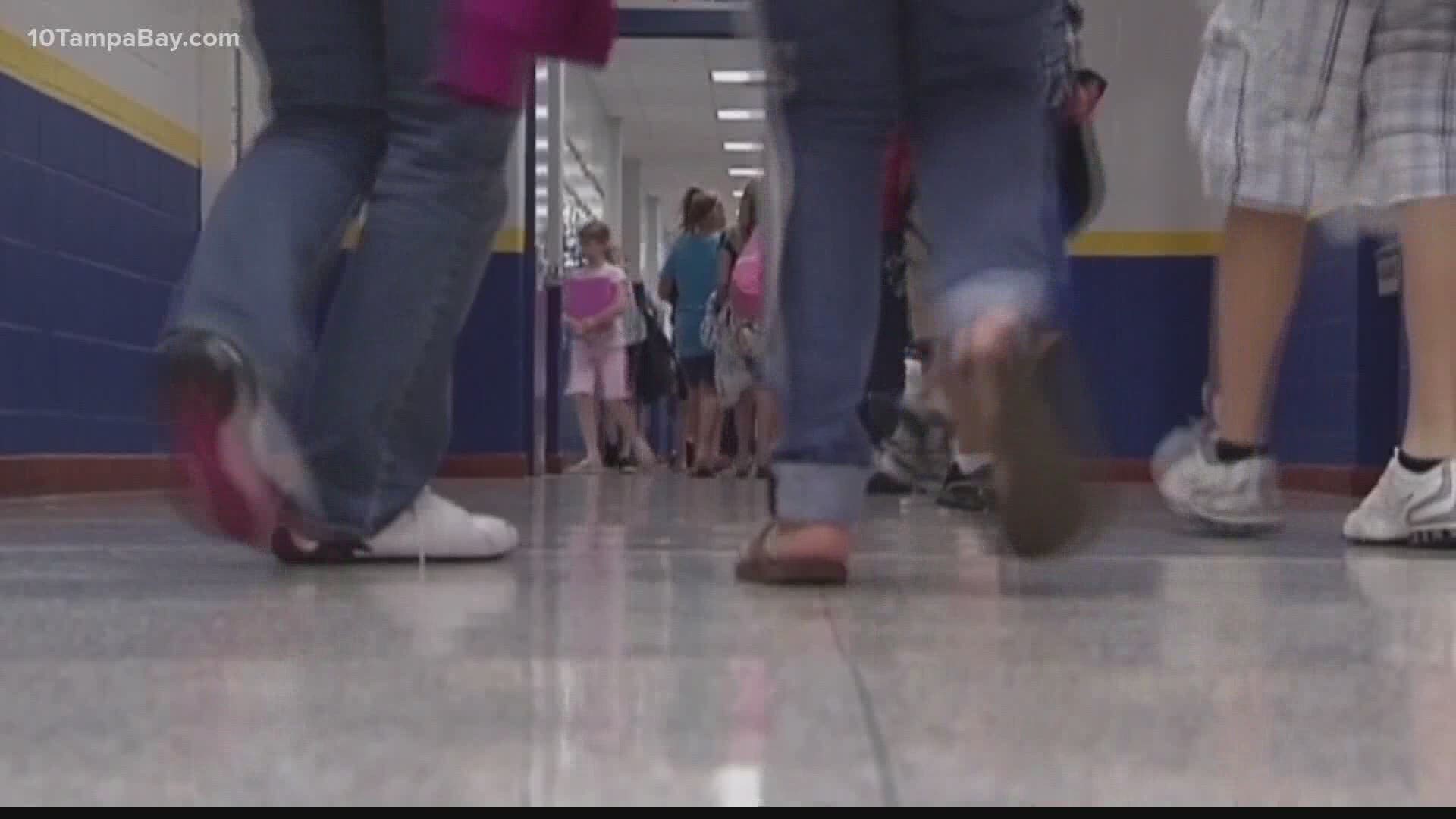 TAMPA, Fla. — President Trump announced his intention to get kids back to the classroom, saying it’s important for the economy as well as the physical and mental well-being of America’s children to reopen schools this fall.

The president’s push comes in the middle of a spike in coronavirus cases in many states, including Florida.

The President vowed to put pressure on states’ governors to open schools this fall.

“He just announced that the schools will be open in the fall. And we hope that most schools are going to be opening and we don’t want people to make political statements or do it for political reasons,” said the President. “They think it’s going to be good for them politically, so they keep the schools closed. No way.”

In Tampa Bay’s largest school district, Hillsborough Superintendent Addison Davis had announced earlier in the day a decision to require students to wear face coverings when they return to campus.

“I believe requiring face coverings is the best option we have to provide an additional layer of protection for everyone on our campuses,” said Davis.

Several parents thanked Davis and the school board. Several said they’d had doubts about sending their students back the classroom.

“So, I thank you for making that bold choice,” said parent Damaris Allen.

Board members also heard from kids with breathing challenges, who said if they can wear masks, healthy kids can do the same.

“And I don’t see how that would be a problem,” said Garrett Everett. “As long as you enforce that rule.”

“How is it going to be enforced? The enforcement is the key issue,” said teacher Selena Lewis.

The president of Hillsborough’s teachers‘ union said they also appreciate the decision, knowing how divisive mask mandates can be.

“We are not going to forget this,” said Rob Kriete, President of the Classroom Teachers’ Association. “So, thank you. We know it was not easy.”

The face coverings decision was announced just hours before the school board meeting.

Opponents say that didn’t give critics enough time to show up and speak. Some had already filled out the district’s declaration of intent letter and chose in-classroom teaching for their children, believing masks would be optional.

“So, I would like to see that resent out or at least that can be considered,” said parent Zachary Horrell.

Board members say two of the biggest concerns they’ve heard from parents involve what to do about kids who, for medical or other reasons, can’t wear a mask and how do they keep them from being singled out or picked on by other students.

Also, there are lingering questions of how all of this would be enforced.

Superintendent Davis says he’ll be meeting with district leaders this week and will have answers for the board and parents as soon as possible.

The district said it will be providing each student and teacher with three cloth facemasks which can be reused.

The district still intends to start classes Aug. 10, but some parents have suggested the board consider moving that closer to Labor Day, giving them more time to address some of those lingering concerns.