There are fewer opioid pills being prescribed, but fentanyl is finding its way into other drugs—like marijuana. 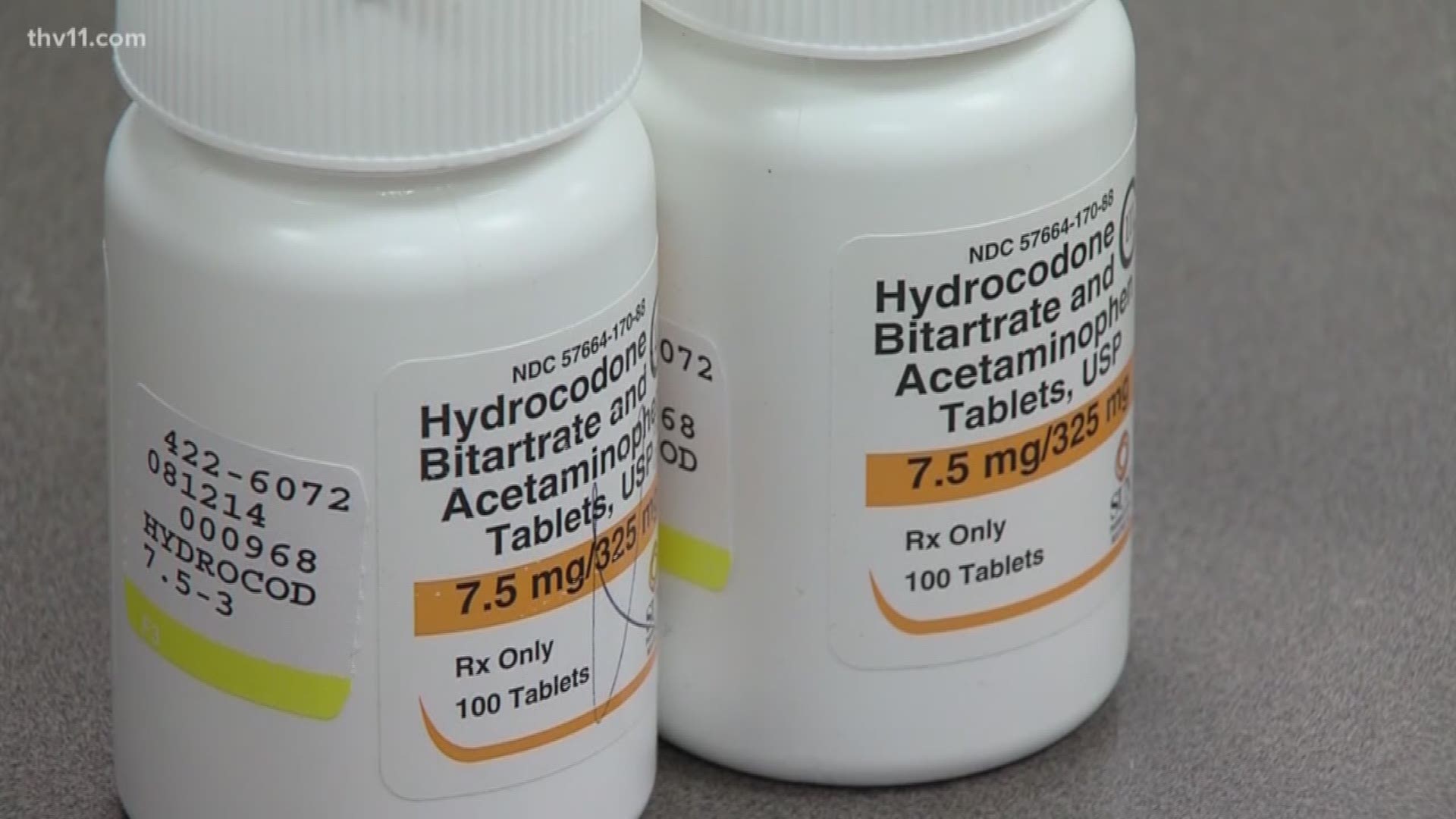 ARKANSAS, USA — The latest report from the Arkansas Department of Health training prescription drug abuse in 2018 shows some silver-linings and warning signs in the ongoing opioid epidemic.

Efforts to cut down on the number of pain pills on the street are working, but they remain well above national averages.

Also, the public is aware of the dangers of fentanyl, but that potent, synthetic opioid is becoming a threat to more than just hard-core drug users.

"We are potentially entering the fourth wave of this epidemic, which includes stimulants," said Mike Cima, an epidemiologist with ADH, who indicated methamphetamine remains the mostly widely abused drug in the state.

"For the most part, prescription opioid indicators appear to be starting to head downward, but there is still a lot of work to do on that front," he said, pointing to the trend that saw two straight quarterly declines in the total number of prescriptions. "Our prescription opioid rate is still double the national average. We're still second behind just Alabama in terms of opioid prescribing."

The epidemic started with a flood of pain pills that got patients hooked. Many progressed to heroin, and as drug dealers tried to meet that demand, the potency of fentanyl made the second and third waves of the epidemic even more deadly.

"It's a very potent, very cheap substance and it's going to be around with us for awhile," said Kirk Lane, the state drug director, while adding that drug dealers are using fentanyl to spice up their other products with more and more first responders and law enforcement seeing signs of so-called poly-substance abuse.

"We're seeing it put into alcohol and being mixed into marijuana," he said. "We're seeing a rash of fentanyl marijuana overdoses, both fatal and non-fatal."

And if it's mixing with marijuana, it's mixing even more with meth, the drug most commonly abused in Arkansas.

Sometimes the dealer doesn't even know what's in the product he gets, often from Mexican drug cartels. Regardless, officials stress they need to sound the alarm.

"As drugs become more deadly, we need as the public to be more aware of the dangers that are out there and address it and address it quickly," Lane said.

Other data points from the annual report: Overdose deaths ticked up from 417 to 426 people killed last year.

Also, while prescribing rates are down, they are still twice the national average and second only to Alabama with the number of pills prescribed to patients.