In August, police said Cedric Benson and his passenger were on a motorcycle heading down FM 2222 before crashing into a van that attempted to turn left. 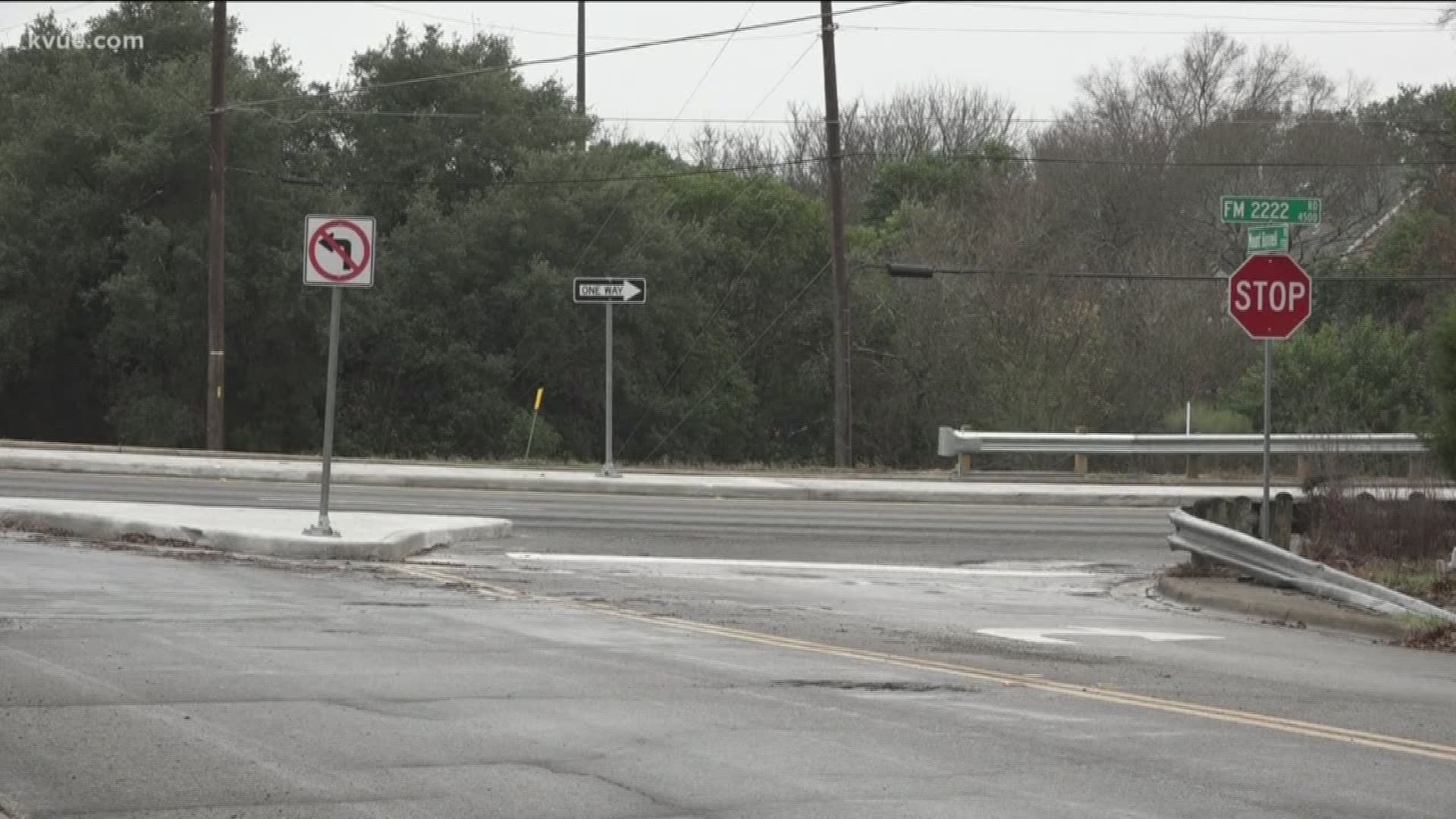 AUSTIN, Texas — There are big changes to a West Austin intersection after a deadly crash took the lives of a former University of Texas football star and a recent graduate.

Drivers can no longer turn left from Mount Bonnell Road onto FM 2222. In addition to a “no left turn” sign, the Texas Department of Transportation installed a median along the main road, blocking cars from crossing.

In August, police said Cedric Benson and his passenger, Aamna Najam, were on a motorcycle heading down FM 2222 before crashing into a van that attempted to turn left onto the road.

Neighbors said this wasn’t the first crash and that it was an already dangerous intersection. After the deadly incident, they fought to make sure something changed.

“I feel bad for 311 operators who had to field all the calls and emails,” said Josh Bohls. “They probably got over 100 requests to make this change. [The incident was] tragic. I’m not sure we would have gotten the support both in the community and in the government to make the change had something like that not happened, but at least there was some positive action that came out of their tragic deaths.”

A spokesperson for TxDOT told KVUE it worked with the city to install that median and did it to address all the safety concerns.

Neighbors also reached out to map apps like Waze and Google Maps to make sure they were updated to reflect the improvements.

Bohls said they wanted to bring something positive out of a tragic situation. He also thought about his children. He didn’t want them to risk their lives crossing the same intersection.

'He was a very inspirational guy' | Family, friends honor victim in street racing crash with vigil

45 minutes of horror: Texas woman attacked in her own home on New Year's