About 18 APD officers are expected to conduct the exercise in on Wednesday. 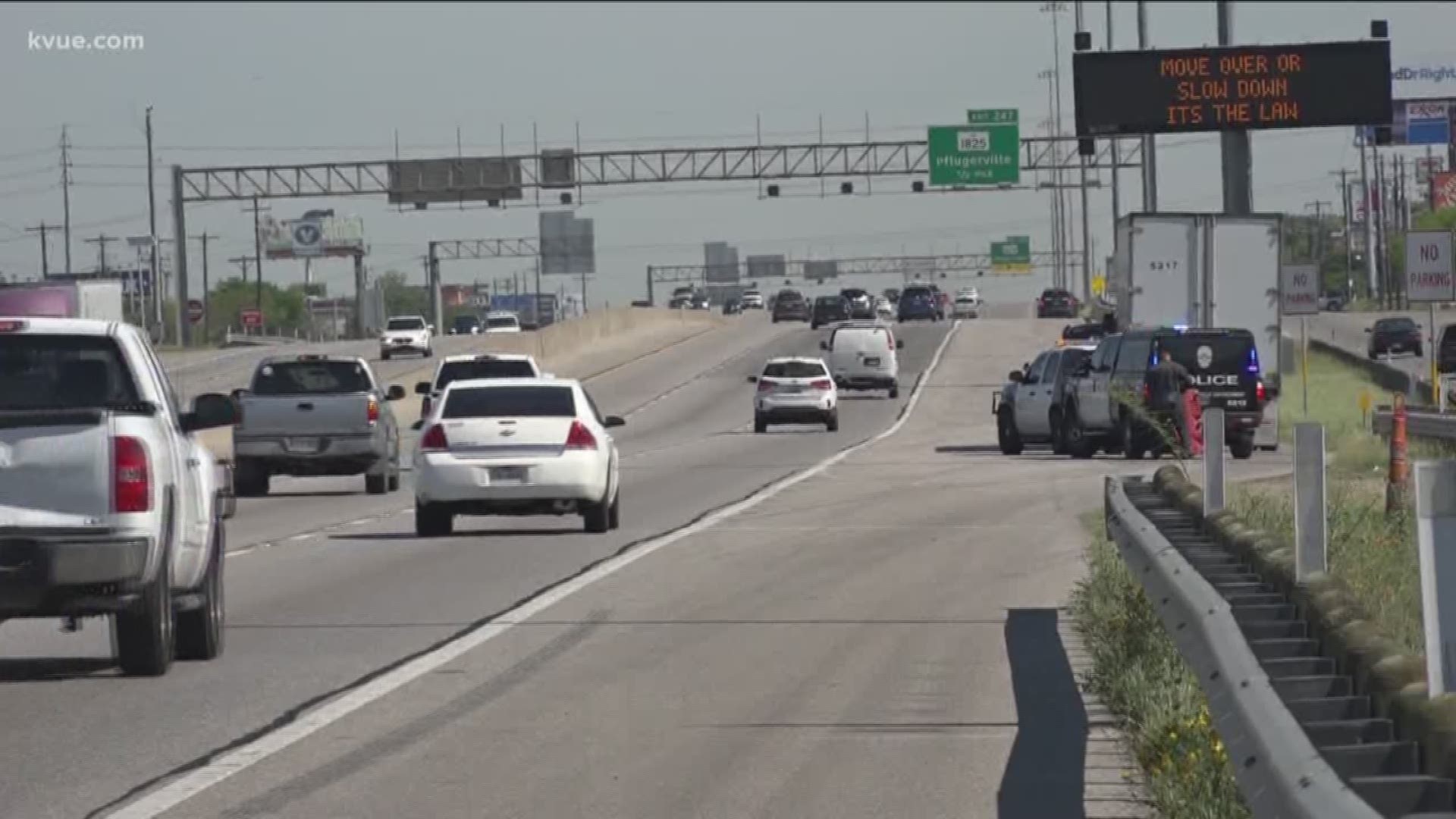 It's the law that literally tells you what to do, but one that hundreds of Texans will break out on the roads every day.

Austin police want to continue their efforts in spreading awareness and educating drivers about the Move Over Law.

On Wednesday, units will be stationed within Austin city limits looking for violators, specifically as it pertains to the safety of tow truck drivers. But the law also pertains to police, fire and EMS vehicles.

Drivers must either move over a lane if safe to do so or slow down 20 miles per hour below the posted speed limit when a first responder or emergency vehicle is working on the side of the road with emergency lights activated. It was originally passed in 2003.

It was last fall when Austin police began conducting Move Over Law exercises, in which they write out warnings to violators. The exercises take place about once a month, but the last one held focused specifically on spotting those who didn't move over or slow down as they passed tow truck drivers working on the side of the road.

RELATED: 'You can kill somebody: Officials think many drivers don't know about the Move Over Law

During that exercise, 238 warnings were issued to Move Over Law violators.

Oborski said often he'll come across drivers who had no idea the law existed. He said these exercises are about promoting awareness and educating drivers, not about issuing tickets.

"I know a lot of people want us to write citations and things like that, but this is truly an education standpoint. We're really trying to educate the public about this," Oborski explained. "We've found out that nobody knows about this law, so if it just saves one life that's all that we're out there to do."

Oborski said when it comes to an initiative like this, Austin police are leading the charge.

"I think we're the only agency in the United States to do this initiative, on this scale at least. I know there are some who have probably done smaller ones, but we're taking approximately 20 officers out there and doing a high-skill initiative," he said.

This past legislative session, House Bill 61 passed, which will include three more types of vehicles that the law will protect:

These vehicles will have blue lights added to their emergency flashers. If they are pulled over to the side of the road with their emergency lights on, drivers will be required to move over a lane if safe to do so, or slow down at least 20 mph below the posted speed limit.

That law will take effect on Sept. 1.

Puppy left abandoned with armchair on side of road