'My heart was telling me I had to do something': Organizer of convoy for Enoch McGovern

To raise Enoch's spirits and raise money for his future, fundraisers have been popping up all across Eastern Maine. 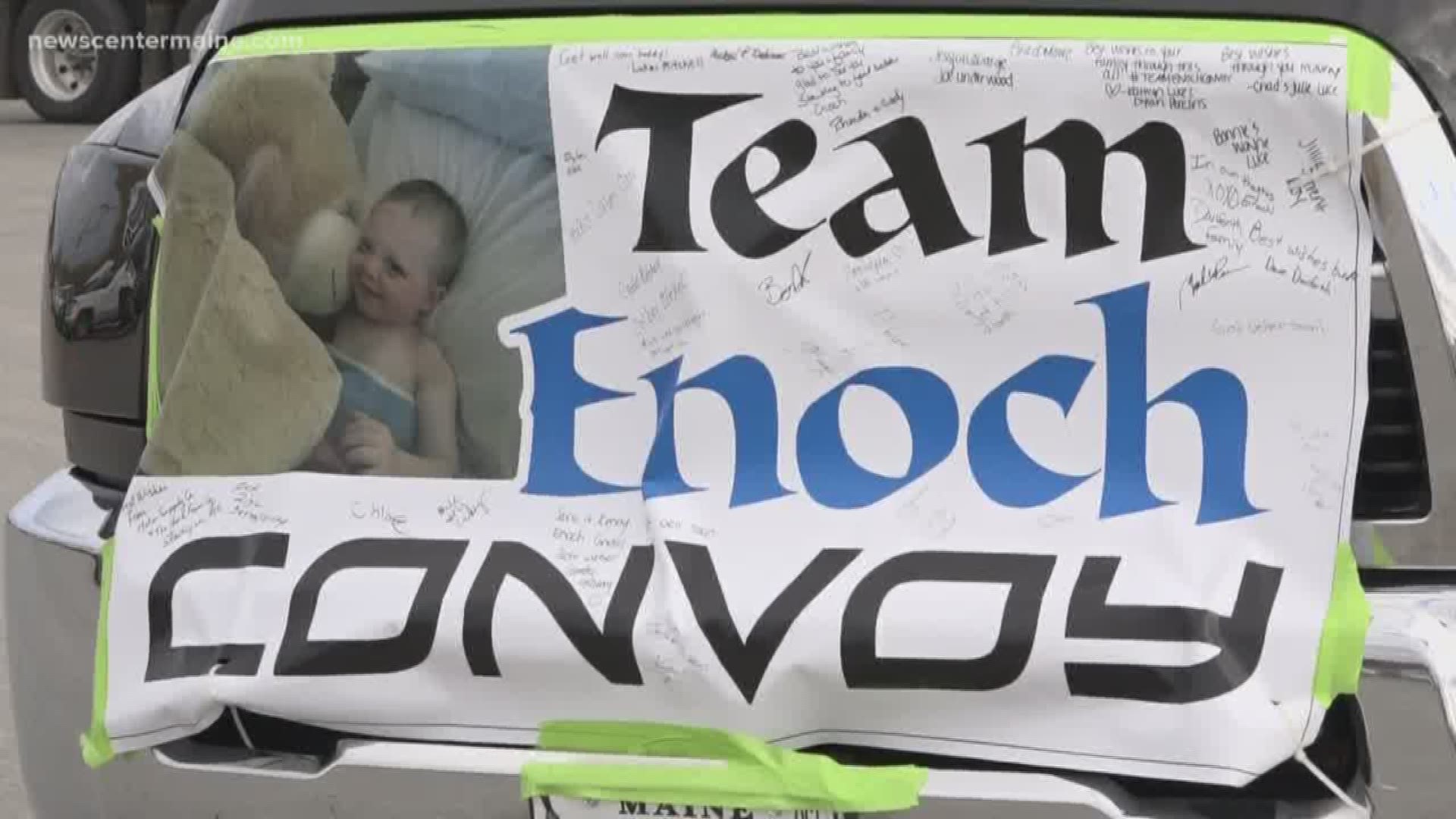 HERMAN AND BANGOR (NEWS CENTER Maine) -- Fundraisers, gifts, and well wishes continue to pour in for the two-year-old boy who has captivated the attention of nearly every Mainer these past couple of weeks.

Enoch McGovern's mother, 26-year-old Heidi McGovern, stepped in front of a tanker truck on Interstate 95 near Lincoln on October 4th, holding little Enoch in her arms.

She died instantly, but miraculously Enoch survived, and is on his way to making a full recovery at Northern Light Eastern Maine Medical Center.

RELATED I "'I cannot understand this tragedy': Husband of Heidi McGovern on losing wife, injuring son"

The story of what happened to Enoch went viral overnight.

To raise Enoch's spirits and raise money for his future, fundraisers have been popping up all across Eastern Maine.

This one started online and provided people with a hospital address where they could send cards and toys to Enoch.

Another fundraiser is being planned for Saturday, October 27th, where a convoy of trucks will drive by the hospital to bring cheer to Enoch and his family.

RELATED I "Drive-by, fundraiser planned for Enoch McGovern in Bangor"

On Sunday, another convoy drove from Skowhegan to Bangor, stopping in Hermon before finishing their trek to the hospital.

The group of a couple dozen people and cars call themselves the "Team Enoch Convoy 2018," being spearheaded by a couple of strangers who came together on social media after feeling like they had to do something.

"He needed help so I told him to hang on because we're going to be on a mission," said Keneth Steward, one of the Team Enoch Convoy organizers, on how the group of strangers came together. "I didn't do it to be a hero. I did it because my heart was telling me I had to do something for that little boy."

Steward said Sunday's convoy has been able to raise $3,000 for Enoch.

The group finished the final leg of their convoy by departing Hermon for the hospital, where they gave the McGovern family the donations and a few other gifts.