Teen relied on instincts to save herself, her sister during attempted abduction

When a masked man approached, a 16-year-old Bremerton girl grabbed her four-year-old sister and ran. 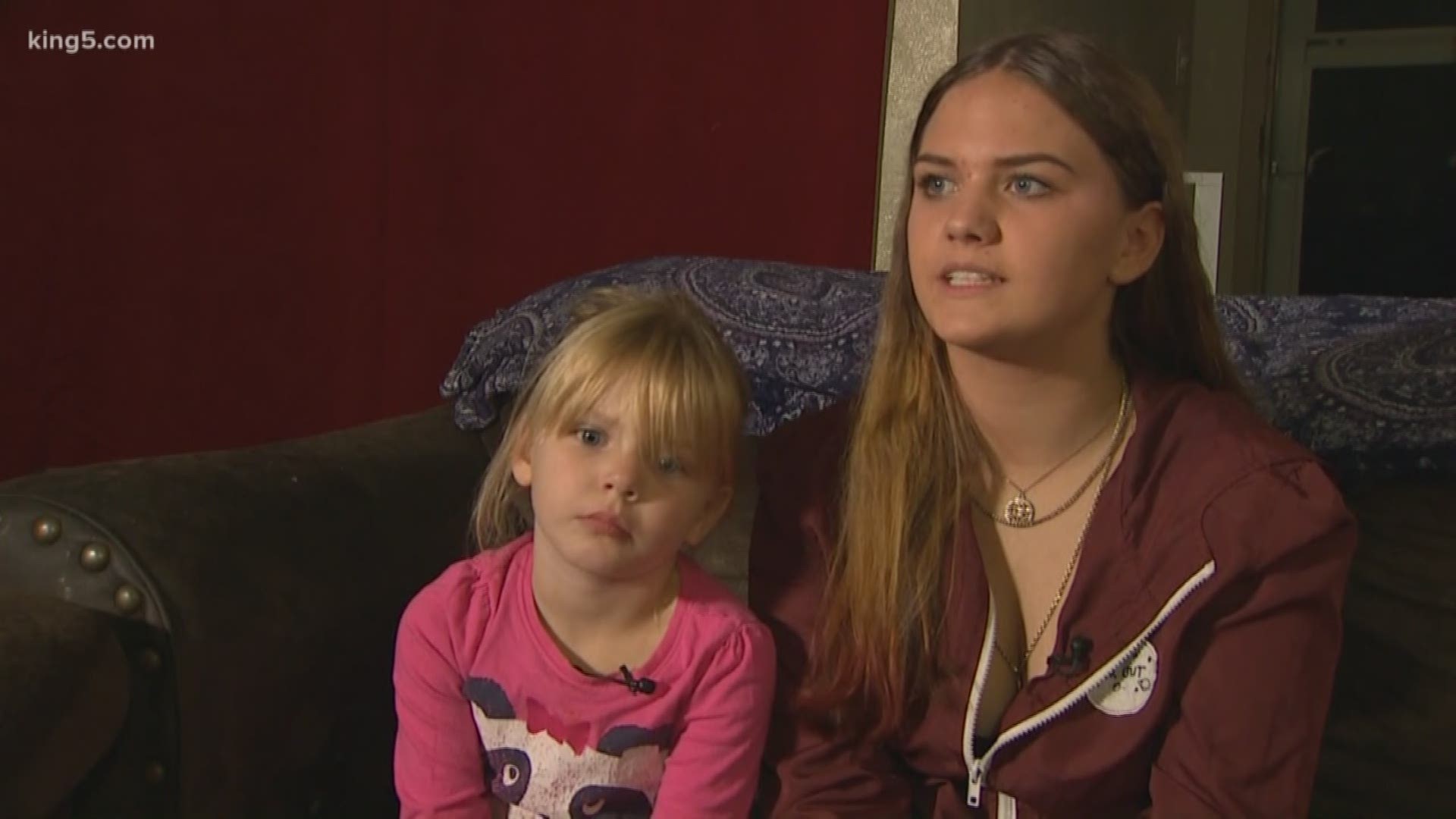 BREMERTON, Wash. — A 16-year-old Bremerton girl said she relied on her instincts to rescue her 4-year-old sister during an attempted abduction.

Cheyenne Myler and her sister were leaving Bud Hawk Elementary School on Thursday afternoon when a man pulled up in a white van, got out, and approached the sisters, the Bremerton Police Department said.

“The only thing I saw was a guy with a ski mask and he had gloves on, and he got out, and he tried coming over to us, and I grabbed my sister, and I put her on my back and I ran home,” Myler said.

The girls said the suspect followed them briefly as they darted to safety. Myler, who plays football and is on the track team, outran the suspect.

Talking about the episode isn't easy, but she said it should be a wake-up call to other families.

A witness told police they saw a man who looked “surprised” driving a white van away from the school around the time of the attempted abduction.

The witness described the van as a newer white Ford with a black rack on top and a black trim stripe along the bottom of the vehicle. It had heavily tinted driver and passenger door windows, the witness told the police.

Bremerton police are looking for more witnesses. Police ask people in the area to check their surveillance video systems for any clues that might help the investigation.