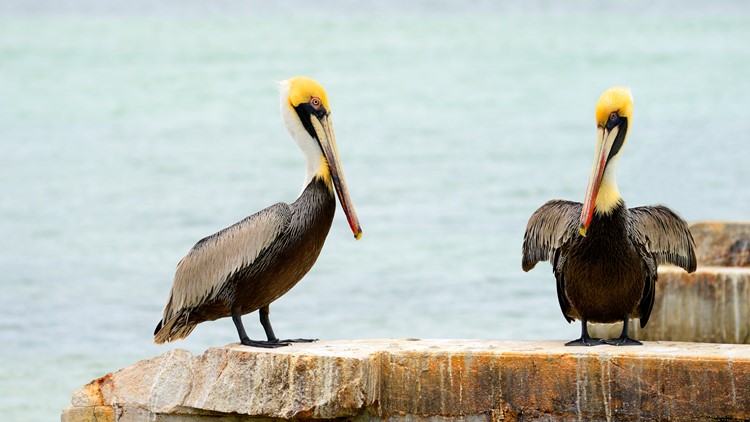 Photo by: Getty Images/iStockphoto
Brown Pelican by the sea

The bird has already been an unofficial symbol of the city for decades, but Mayor Rick Kriseman’s administration made it official January 9, 2020. An outline of the indigenous bird is already on the city’s flag and the city’s official seal.

In a Facebook post, the city of said “After many years of admiring this waterfront native, St. Petersburg City Council unanimously adopted the Brown Pelican as the official City Bird. #SunShinesHere.”

City of St. Petersburg, Florida USA
In Episode 4 of Mayor's Lounge, Mayor silience with Dr. Gary Mitchum, one of the top climate change + sea level rise experts in the country, and tune in for musical guest, Rick Kriseman talks climate re... MERCY McCOY - you don't want to miss this episode, St. Pete!

According to the Florida Fish and Wildlife Conservation Commission, the brown pelican is the smalled of six species of pelicans around the world. You can see these seabirds throughout most of Florida's beaches, particularly on the state's west coast.

The brown pelican is protected by the Migratory Bird Treaty Act and is listed as imperiled.

RELATED: Father and daughter duo works to help save koalas in Australia