California's gubernatorial recall election has a price tag of $276 million, something Newsom supporters have been sounding. So, how much exactly is it costing you? 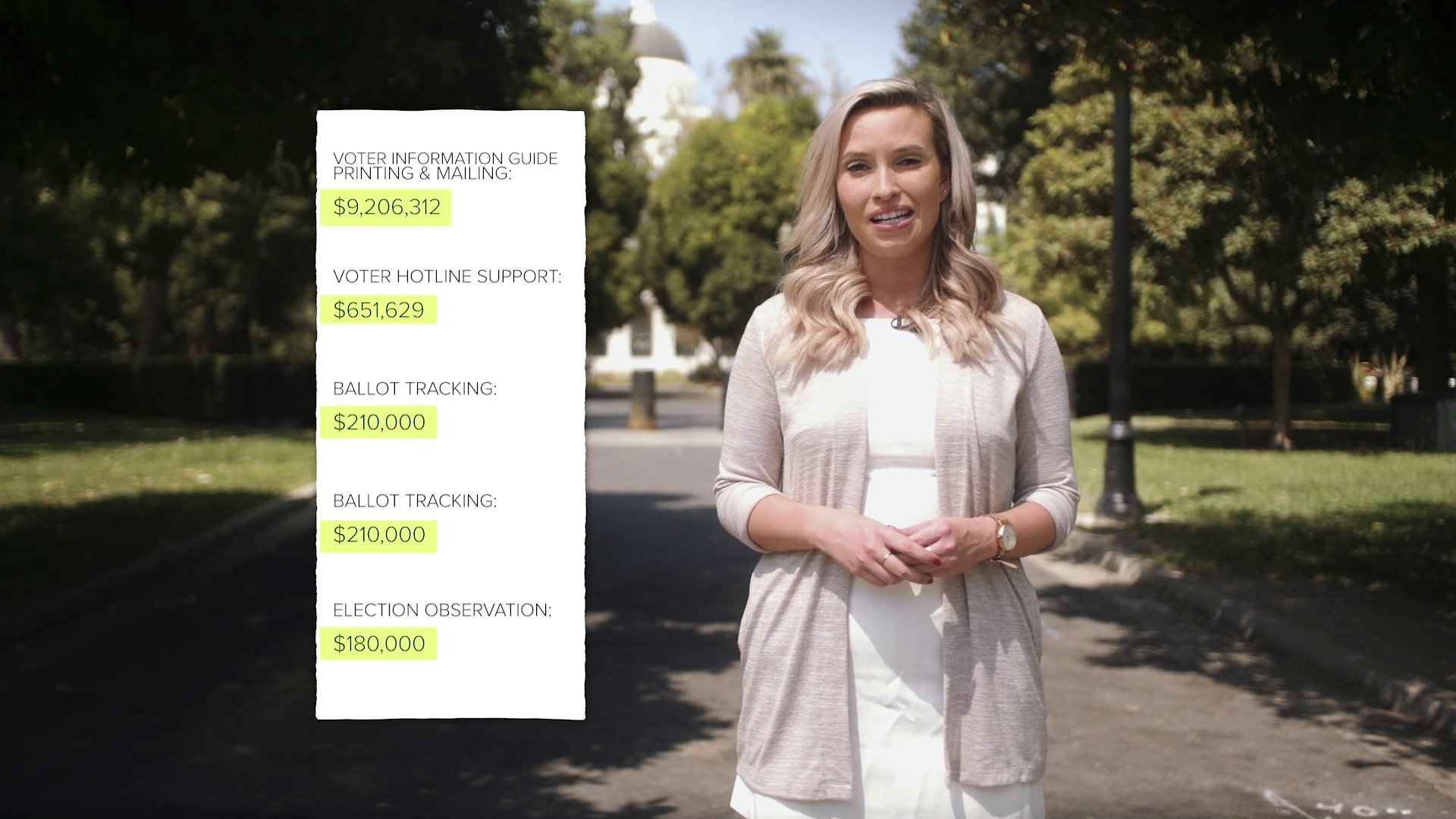 The recall's price tag is something Gov. Newsom supporters have been sounding.

"We've seen Trump Republicans across the country attacking election results and the right to vote," Senator Elizabeth Warren said in a "Stop the Republican Recall" advertisement. "Now they're coming to grab power in California, abusing the recall process and costing taxpayers millions."

So, let's break down the expense of this recall a little more.

To administer the election, the California Department of Finance found all 58 California counties needed a total of $243 million. The California Secretary of State needed $32.4 million, resulting in $276 million.

Costs depend on the county. For example, the Department of Finance allotted $20 million for San Diego County, while Sacramento County got $5.3 million.

Costs for the California Secretary of State administering the election are broken down by specific costs for printing, mailing, security and workers.

These costs can add up quick.

That's why as recall election efforts began ramping up in May, California legislative leaders were asked to include this funding in the 2021-22 state budget, saying it would be "a severe financial burden to counties."

The 2021-22 California budget has a general fund of $196.4 billion. Putting the recall election at about one-tenth of one-percent of the state budget.

It's also true that the state is operating with a budget surplus because more tax revenue is coming in than expected. The legislative analyst's office estimated California to have a $38 billion surplus in the 2021-22 budget. According to the Legislative Analyst's Office, the state has plans to use that for a variety of things, including homelessness and housing, fire prevention and transportation. But a small amount of it, $276, million, is now allocated for this recall election.

Yet, not every single Californian over the age of 18 will vote in the recall election. So, here's two more ways to look at it: