Stockton family among those missing in boat fire tragedy

Susana Rosas, of Stockton, posted on social media that her three daughters were on board the Conception and missing, along with their father and stepmother. 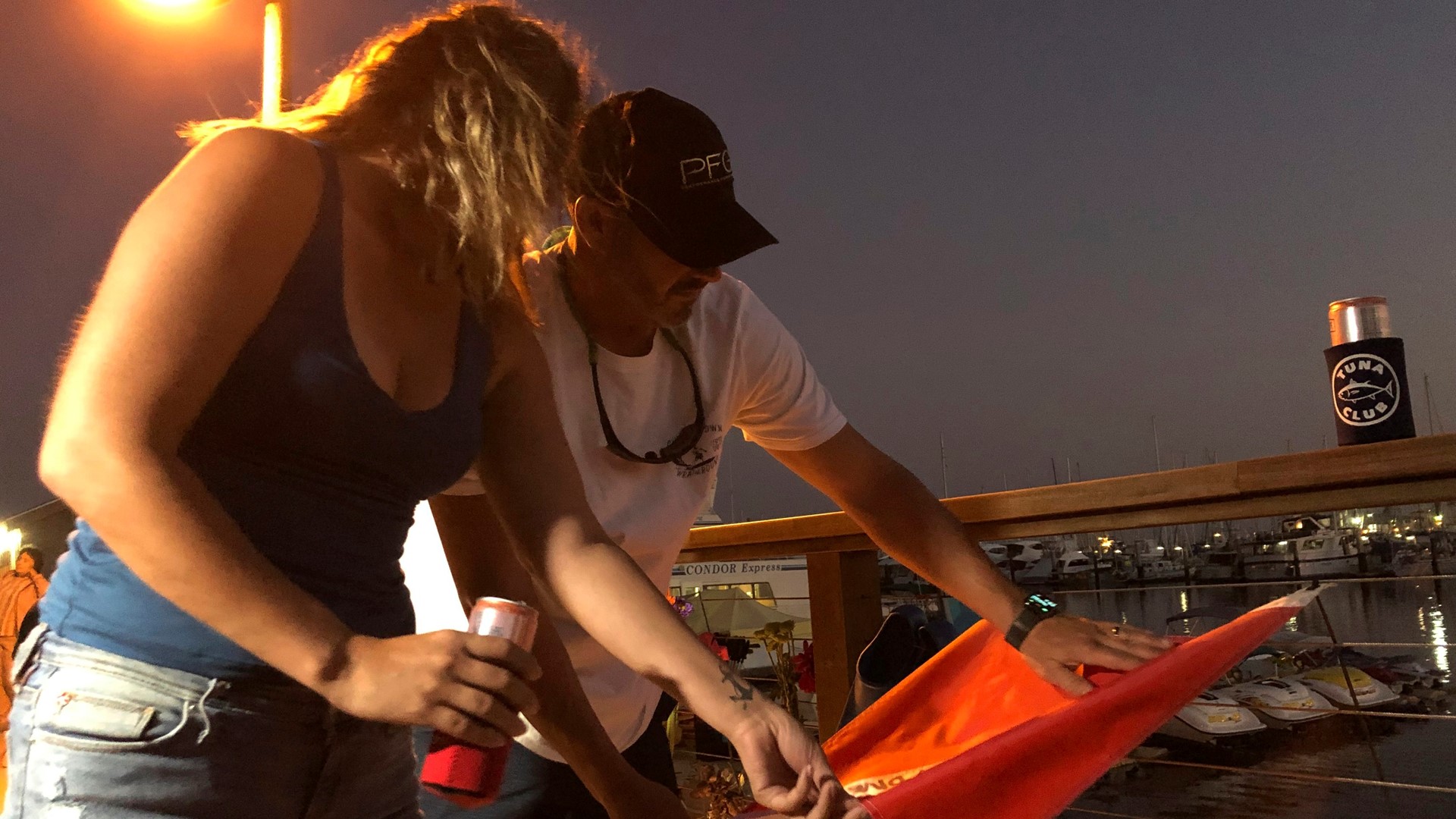 SANTA BARBARA, Calif — A family of five, students from a Northern California school and an experienced diver are among 34 people missing and presumed dead after a dive boat caught fire off Santa Cruz island.

Susana Rosas of Stockton, California, posted on social media Tuesday "with a broken heart" that her three daughters were on board the Conception and missing, along with their father Michael Quitasol and stepmother, Fernisa Sison.

The family of five was among 33 passengers and one crew member who were sleeping below deck when the fire started. Five crew members were rescued, and the bodies of 20 victims have been recovered so far, though none has been identified publicly. Many need to be identified by DNA analysis, and officials are collecting samples from family members.

RELATED: A closer look at the safety record of the Conception — the dive boat that caught fire killing dozens

Brett Harmeling of Houston said Tuesday that his sister Kristy Finstad was among the missing and presumed dead. Harmeling thanked everyone in a post on his Facebook page for their "unconditional love and support during this incredibly tragic time."

Finstad, 41, was leading the scuba tour off Southern California when fire engulfed the dive boat early Monday with 39 people on board, including six crew members.

Finstad first put on a dive tank at age 9. She was co-owner of Worldwide Diving Adventures based in Santa Cruz.

"No final word on my sister Kristy; however, it is likely she has transitioned to be with the good Lord," he wrote.

Also below deck were students from a Northern California school, Pacific Collegiate School in Santa Cruz. The school posted a statement on its website that said "our hearts and thoughts are with the families of the victims and those yet missing, particularly those of our students and parents on board."

School director Maria C. Reitano declined Tuesday to say how many students went on the trip, which was not sponsored by the school. The college preparatory public charter school serves grades 7-12.

Evan Quitasol, one of Susana Rosas' daughters, was a nurse at St. Joseph's Medical Center of Stockton, which had also employed her father, Michael Quitasol and his wife, Fernisa Sison.

The couple attended nursing school at San Joaquin Delta College, according to the school's spokesman, Alex Breitler. Sison worked at the college as a full-time instructor teaching first-year nursing students from 2005 to 2006 and later on adjunct basis.

Evan Quitasol's sisters, Nicole and Angela Rose, were also on board.

Finstad knew the area well, having done hundreds of dives in the Channel Islands, where she first swam with her father as a toddler. She first dove with a tank off Mexico, according to her company's website.

Harmeling described his sister to the Los Angeles Times as extremely strong-willed and adventurous.

"If there was a one percent chance of her making it, she would have made it," Harmeling, 31, said.

Their mother founded the diving company in the 1970s.

Finstad studied damselfish and corals in the Tahitian Islands, dove for black pearls in the French Polynesian Tuamotus Islands and counted salmonids for the city of Santa Cruz, where she lived. She also did research for the Australian Institute of Marine Science and wrote a restoration guidebook for the California Coastal Commission.

"My mission is to inspire appreciation for our underwater world," she wrote on her company's website.

She and her husband had just returned from sailing across the South Pacific. It was part of their 10-year plan that started on the back of a napkin in 2006.

They left from the Channel Islands in 2015 on the journey and planned to return in 2018. Before they set off, Finstad wrote: "Our new boss is King Neptune: when it blows we hunker down; when there's surf we paddle in; when there's rain we wash up. In terms of time-lines, the best we can do is point in the right direction."