She became so passionate about medical cannabis that she sold her business and threw herself into the industry. 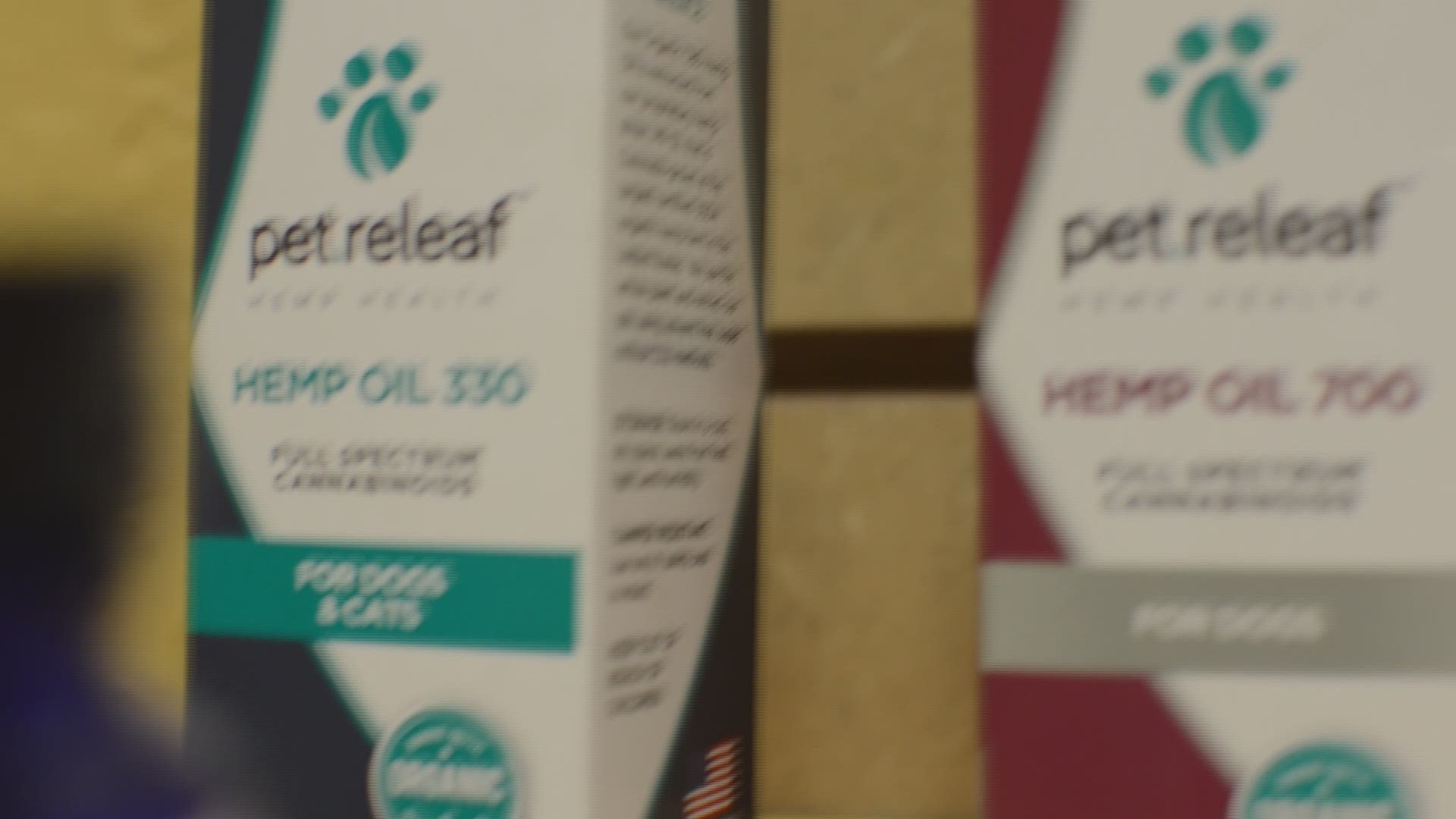 Angela Ardolino runs her own grooming and boarding business along with a rescue farm, so she has dealt with her fair share of pet products.

After being diagnosed with rheumatoid arthritis around five years ago, she decided to take her own health along with her pets' health into her own hands.

"The only medication that was prescribed to me was a drug that also caused all these awful side effects including getting cancer," Ardolino explained. "So that wasn't an interest of mine to, you know, to take something like that.

She started looking for natural alternatives.

"I live a very natural lifestyle, and I discovered medical cannabis," Ardolino said. "It completely changed my life."

Ardolino became so passionate about medical cannabis that she sold her business and threw herself into the industry, pushing for the passing of Amendment 2. She went on to get her certificate in medical cannabis from the University of Vermont.

Ardolino discovered everything CBD can do for humans, it can also do for any pets, like dogs, birds, Guinea pigs and cats.

"I discovered that animals have the same systems as we do and can get the same benefits from the medicine that we do, so that's kind of where CBD Dog was born," Ardolino said.

One of Ardolino's biggest concerns for her dogs and her business continues to be their health and the health of her clients' animals.

"We don't have to give these dogs these harmful prescription medications anymore that are a lot of times for humans that they're giving to pets," Ardolino added. "So it's kind of like the over-prescribing that's happening in the human part, is also happening in the pet industry, because there's even less regulation."

Ardolino also claims one of the best benefits of giving your pet CBD oil is that it is safe, and there are no known side effects.

"You know a dog could drink an entire bottle of CBD, full-spectrum CBD oil and maybe have a little bit of diarrhea and take a really long nap, but that's the best part of it, is that there aren't any side effects," she said.

She says dosages can be kind of complicated since every dog reacts differently, so consumers are asked to give the CBD oil to the pet, wait 15 minutes, wait to see how the pet reacts, and then give more as needed.

"I love to tell the story that my nine-pound schnauzer gets more than my 50-pound Doberman does because he just reacts differently," Ardolino said.

She also recommends every senior dog to be on a CBD oil regimen. However, she advises that consumers do their research first.

Hemp oil and your pets

We spoke to Dr. James Hughes, a veterinarian at the Vetria Animal Hospital about the use of CBD oil products with pets.

Hughes said that although CBD oil products have been useful for mood and immune alterations in both dogs and cats, he says his practice couples the products with other more established medications, such as anti-anxiety medications.

He recommended using it as a compliment to anti-anxiety medications like Trazadone and Xanax for dogs and Prozac coupled with CBD in cats.

"CBD has helped make very difficult decisions. One of the main clauses for euthanizing dogs is behavior, so [CBD oil] has saved dog's lives - it could be the dog's last shot," Hughes said, "Large dogs who have anxiety problems can do a lot of damage and [CBD oil products] can make the dogs more comfortable in the home."

Hughes added that some have decided to rehome or send dogs to the shelter due to behavioral issues, which could ultimately end in euthanization.

While Hughes also says the CBD products have been useful, he also pointed out that clinical studies for mood alterations have only been done in humans, and that large clinical studies in dogs have not been documented.

"I have recommended CBD oil for patients and the issues I have is that there is no established dosage or research on side effects done along with the many requests I receive for it," Dr. James Hughes said.

"We just want to be assured about the quality of the product and establish the dosage for your pet, and we just don't have that kind of information [yet]," Hughes added. "Consumers should be careful to base the dose on the dog's size, which could be a tenth to a quarter size of human usage."

Hughes did add that he remains hopeful for the use of CBD oil in pets and that he's seen it as especially helpful for stepping in where human medication has fallen short.

"Anxiety in humans deal with the upper brain functions in the cerebral, which comes from thinking about things too much and is a higher brain function, whereas anxiety in dogs and cats comes from a more primitive area known as the reticular activating system," Hughes said. "This is where CBD and established anxiety medications has been a godsend - the two compliment each other really well."

So what's the difference between CBD and THC?

Tetrahydrocannabinol (THC) and cannabidiol (CBD) are the two main cannabinoids in cannabis. CBD does not cause a high because it is not psychoactive, whereas THC is the primary psychoactive element in marijuana -- causing the "high" feeling in recreational use.

CBD is found in the hemp plant, which is used primarily for products like CBD oils that can help reduce stress, decrease anxiety and lower inflammation.