That knock on your door could be a census worker

The U.S. Census Bureau says about 65 percent of the people who live in the Tampa Bay area have already responded. 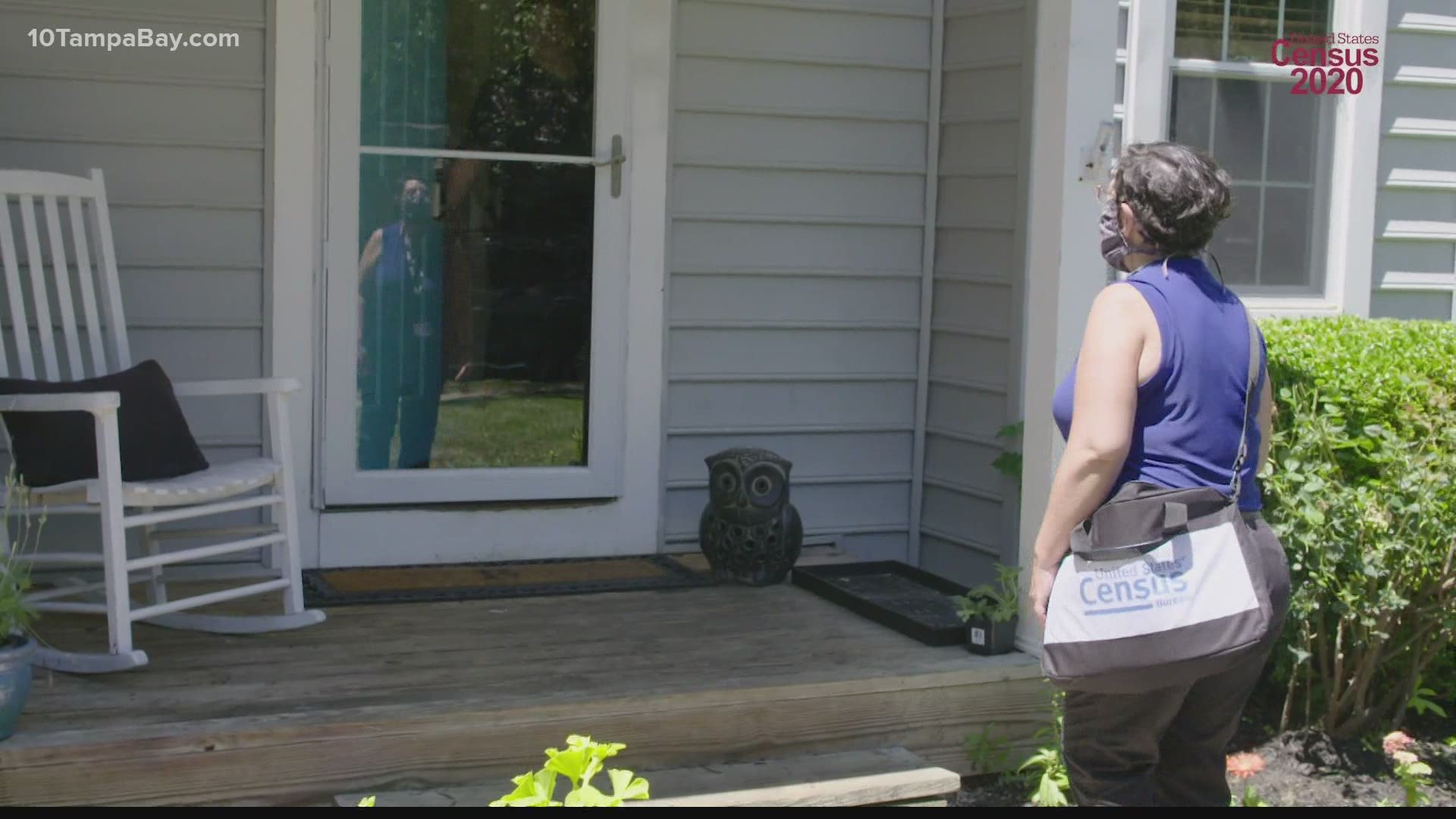 TAMPA, Fla. — If you haven't responded to the 2020 census, you can expect a knock at your door.

It's likely someone has tried to get a hold of you already. The deadline to get everyone counted in the census has been extended through the end of October

Right now, according to the U.S. Census Bureau, about 65 percent of the people who live in the Tampa Bay area took care of their legal duty to respond, but that leaves a lot of people who still need to be counted.

"That means that we're responsible for knocking on 35 percent of the doors," said Marilyn Stephens with the U.S. Census Bureau.

If you get that unexpected knock at your door, she says there are few things to look for so you know it's safe to answer.

"All of our staff are issued masks and they are required while they are on duty.  When they knock on the door, they must stand at least six feet away from that door. They will have an official government-issued ID displayed on the outside of their clothing.

They also must stay outside to conduct the interview which takes less than 10 minutes. If you're not home, they leave a note. But, you can expect them to come back until they get the information they need. "

After we make so many attempts on the household, then we are allowed to go to a proxy interview, to a neighbor, building manager, homeowner's association, to get the information about that household."

It's important you are counted in the census because it determines our representation in government and resources for local communities. It helps for things like healthcare, education, social services, emergency services, unemployment, and transportation.

Check out this interactive map from the US Census Bureau.

RELATED: Judge says 2020 census must continue for another month