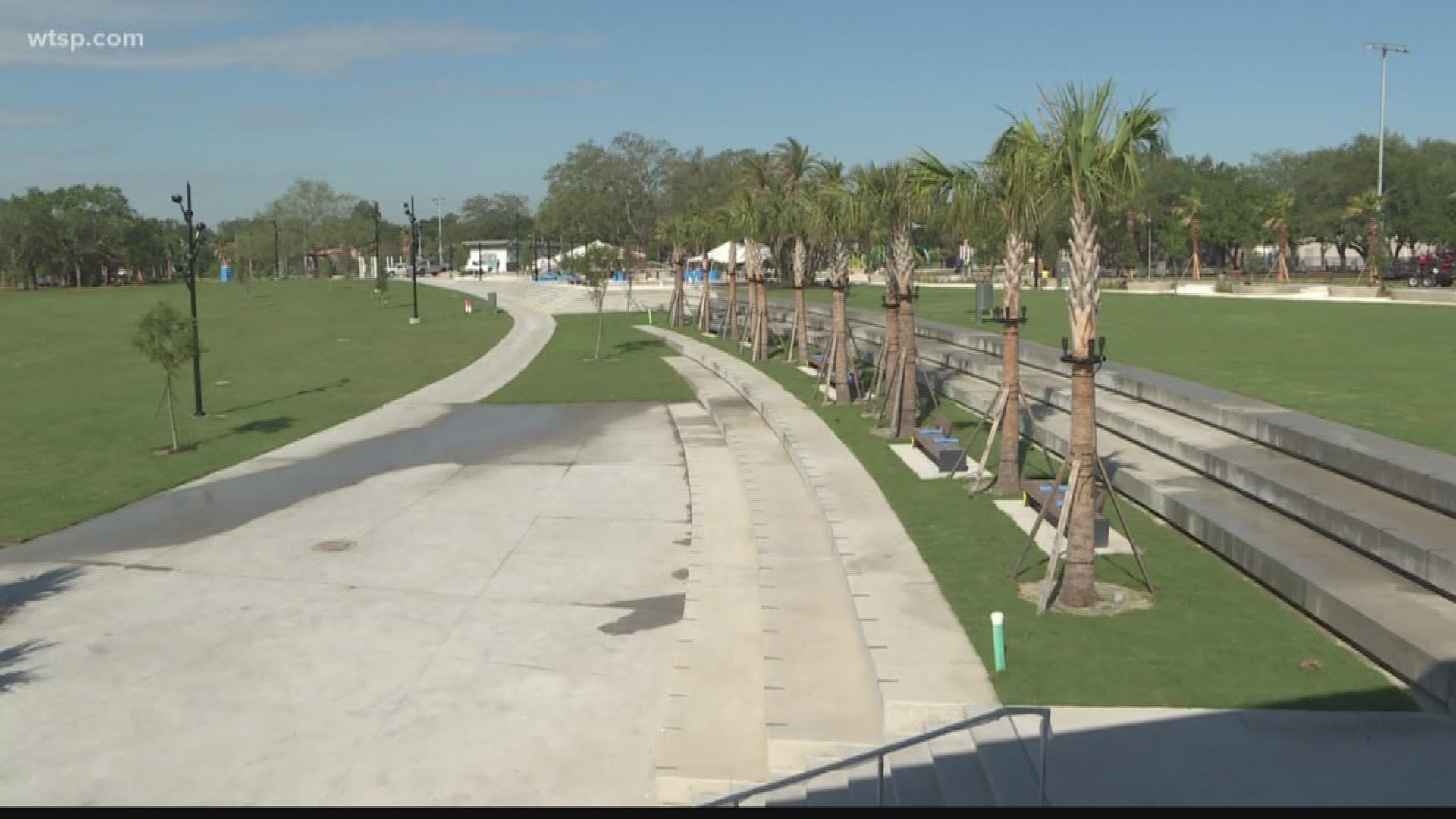 TAMPA, Fla. (WTSP) – When a new $35 million, 25-acre riverfront park four times the size of Curtis Hixon opens to the public this weekend, it will mark a major shift in the state of development across the city.

As a key component of the city’s West River master plan, Mayor Bob Buckhorn touts Julian B. Lane park as one of the anchors that will help make the Hillsborough River the center of downtown.

More: Changing Face of Tampa: Winners and losers in the push for redevelopment

“I think over time, the decision to redo this piece of property and reimagine what this park could look like will pay dividends for decades to come,” said Buckhorn. “As we have seen at Curtis Hixon, the parks become the gathering point, parks become the common ground, parks become the place where people from every neighborhood can come.

Situated at 1001 North Boulevard, the park is just steps from North Boulevard Homes, which was once home to a large concentration of West Tampa’s low-income, minority population. The site is now vacant and under demolition.

Over the last few years, the Tampa Housing Authority has relocated more than 2,000 people from North Boulevard Homes and the nearby Mary Bethune Homes to help make way for the West River project, which includes Julian B. Lane Park.

Along with the city, the housing authority plans to create a mixed-use community along the river that will comprise low-income and market rate housing, retail and private development.

The plan has been hailed by city hall as transformative for West Tampa and the city as a whole. However, there’s an undercurrent fear of gentrification among some in the community.

“What we have committed to them is that they will be given the opportunity to move back, if they choose to. I almost look at this as sort of a hiatus to allow us to improve their lives and improve their neighborhood and the quality of life for them. Yes, I know they’ve had to move, but yes, they will be afforded the opportunity to come back to enjoy all of this,” he said.

Residents relocated from North Boulevard homes will have first right of refusal once the new mixed income communities are built, and Buckhorn hopes those neighbors will take advantage of the new park and the changing face of downtown.

“This is going to be a place they can be proud of,” he said.

The new park will boast a, boathouse, playgrounds, sports courts and more. There will also be a “river center,” which dedicates 2,880 square feet of event space with floor-to-ceiling glass windows overlooking the Hillsborough River and views of the downtown skyline.

The park’s grand opening will take place this weekend, May 11 – 13. Band Third Eye Blind will headline the celebration, which includes two days of music, food, fireworks and other events.