The anticipated 371-unit development will help address affordable housing concerns. There will be a mix of market-rate, workforce and income-based units. 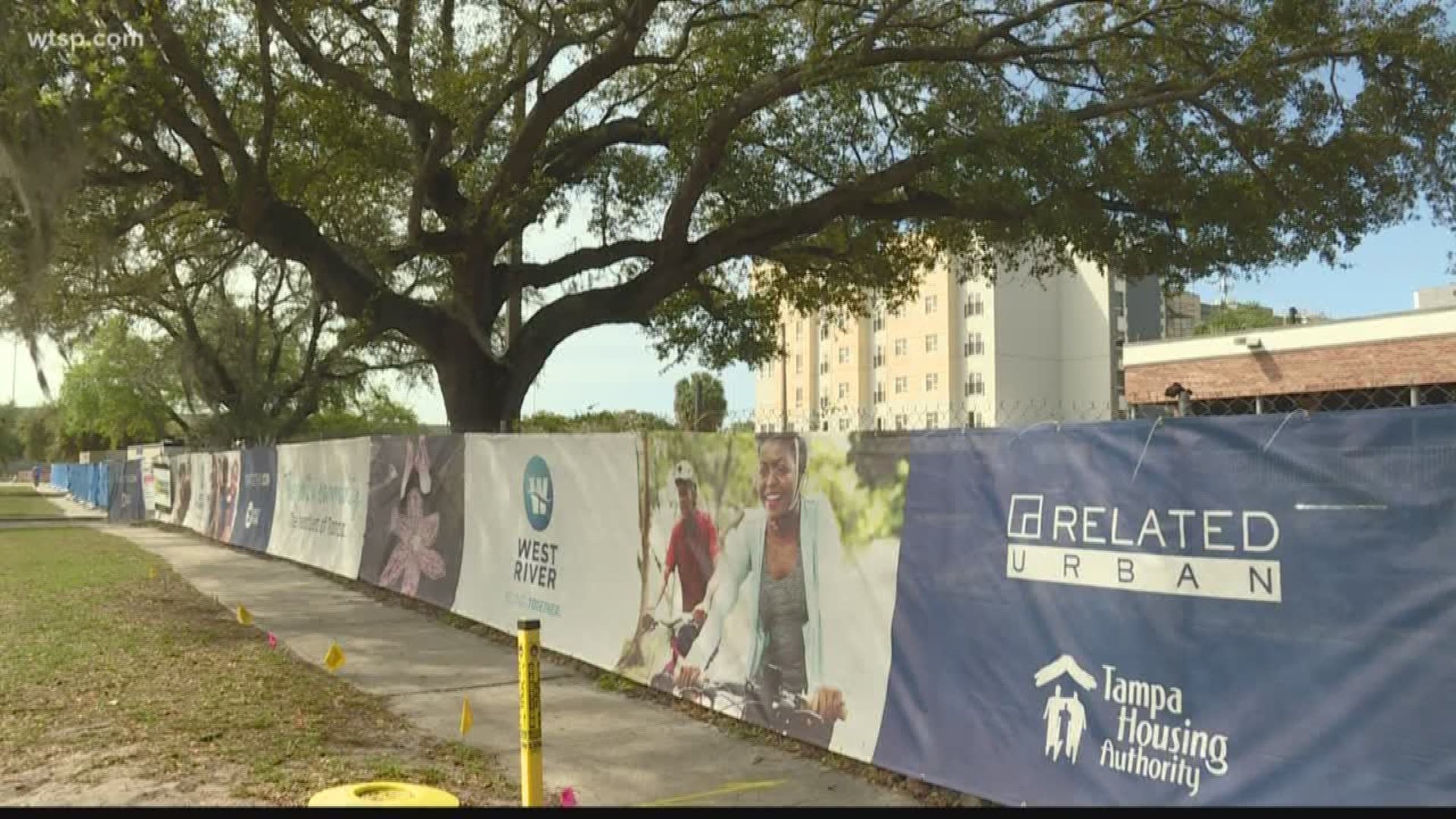 TAMPA, Fla. — As David Gallon works on his car outside his North Tampa home, he anxiously awaits the day he can make the 15-minute drive to what he considers his true community.

"I do miss West Tampa. I want to go back,” Gallon said.

Gallon is one of about 2,000 people displaced from West Tampa when the Tampa Housing Authority tore down the North Boulevard Homes public housing development and moved residents to other housing units throughout the city a few years back.

The North Boulevard units were old, dilapidated and the area struggled with poverty and crime.

Former Mayor Bob Buckhorn had a vision to transform West Tampa by working with the housing authority and other entities to create a new community focused on the waterfront. In 2011, he launched InVision Tampa, a master development plan for the city’s center, with West Tampa in the eye.

“It is transformative in terms of the long-term generational impact it will have on West Tampa and on the community. A portion of it will take a very dangerous, dilapidated and antiquated public housing project and replace it and to give those residents an opportunity to have a better quality of life than they enjoy currently. It will create a development that is focused on the waterfront that is mixed-use, that is activating an area that has long been abandoned, and I think will change the face of West Tampa in a positive way,” Buckhorn said in a 2017 interview with 10News.

Today, the fruit of that labor is just about here. On Tuesday, the Tampa Housing Authority broke ground on three new buildings in its West River project that will add 371 new units for people of all incomes.

Once the entire West River project is complete, there will be 1,600 new units: That’s double the number of units that were at North Boulevard Homes. The units will have market-rate, workforce and income-based housing, with first right of refusal for those displaced, like Gallon.

"You have that sadness with the neighborhood disappearing, but to be able to bring back more affordable housing units in a mixed market where we're going to have workforce housing and market-rate is really going to transform this neighborhood. And to be able to bring back 80 percent of the individuals who moved out into a brand new facility is something that I think is great for our community” she said, adding that she will continue building on the foundation Buckhorn laid to transform West Tampa.

“With this development in full swing, we’re getting ready to release the RFP for the land down on Oregon. We’re looking at what we can do to bring some of those fields off of the waterfront, relocate those so we have more room for housing, and then reimagine Main Street. It’s the entry to West Tampa. And to be able to reimagine that with a view on its history I think will be transformational in this neighborhood.”

It’s a transformation Gallon is anxious to see. Once it’s done, he’ll be anxious to return. "I'm really excited to go back to the neighborhood. I miss the whole neighborhood,” he said.

“I miss the communities around West Tampa."

THA said the new units should be complete within the next 18 months, barring any delays.