Over the summer, Mayor Jane Castor and the Tampa Police Department and promised swift reforms for the CRB. 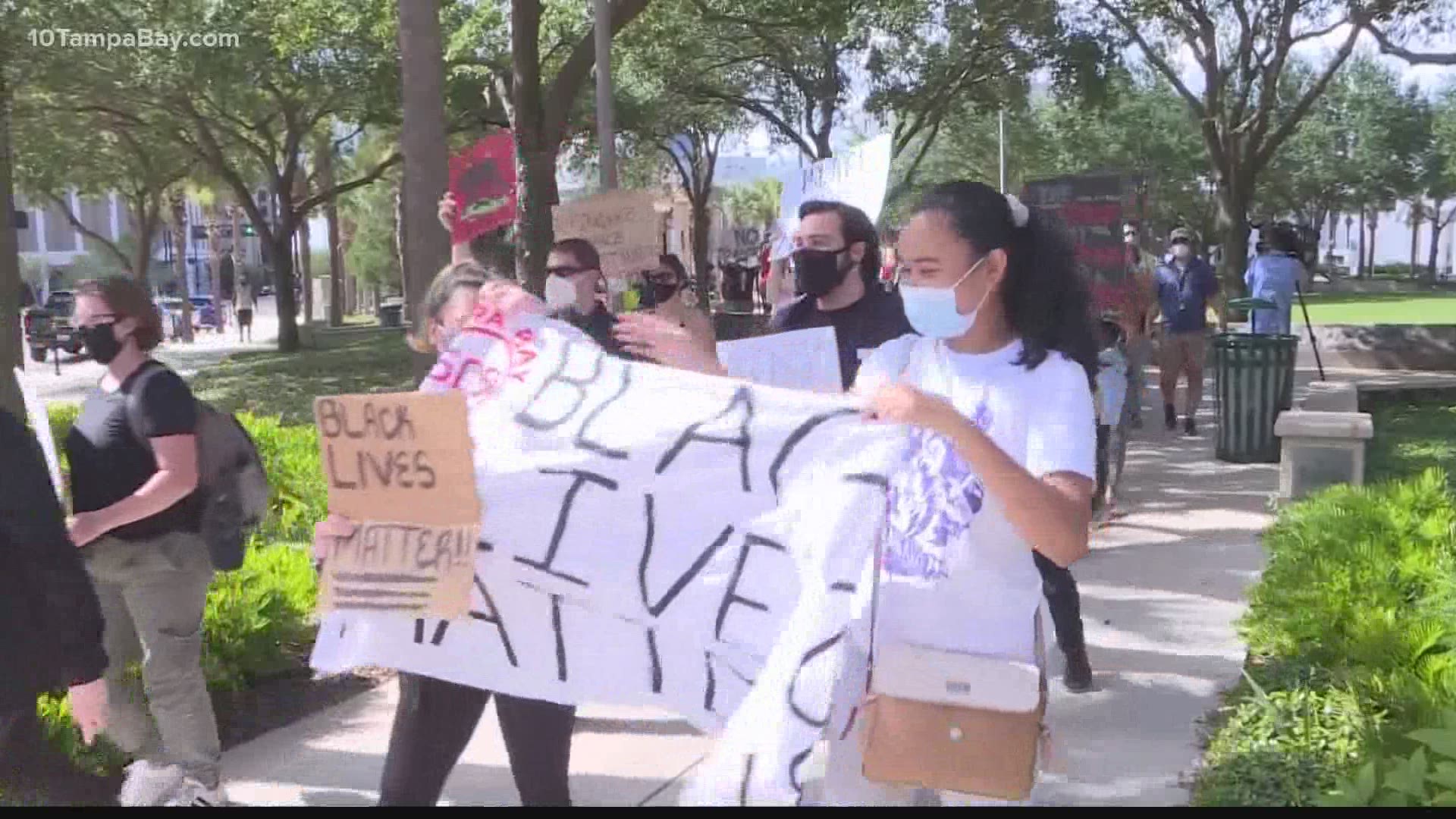 TAMPA, Fla — It’ll be at least another three months before the City of Tampa takes action on proposed changes to its Citizens Review Board.

People were expecting those changes, which would provide more police oversight, would be hashed out and possibly voted on at Thursday’s Tampa City Council meeting.

Instead, the topic got quickly pulled from the agenda.

Even before the meeting got started, it was clear there was such dissatisfaction, so much opposition to the city’s proposed citizen review board revisions, that they postponed the issue until Feb. 25.

Over the summer, in response to the death of George Floyd and dozens of Black Lives Matter demonstrations, Mayor Jane Castor, the Tampa Police Department and others promised swift reforms for the CRB.

But months later, the proposal offered only one seat on the board to be selected by Tampa‘s NAACP chapter which would still have to be approved by City Council.

The CRB would still have no subpoena powers, no authority to investigate open cases and would’ve allowed retired police officers to sit on the board.

“The draft ordinance that you received a few days ago was not the result of any collaboration with the local ACLU chapter,” said James Shaw, an ACLU attorney volunteering to help with the revisions. “We were humored at best, but our concerns were ignored. And what you got in the end was the result of lobbying by the PBA at the drafting level.”

Shaw said Tampa’s police union had humored them at best but ignored their concerns. He called the situation “bizarre” and asked for better cooperation going forward.

Despite postponing any decisions, people who came or called into City Council wanted to be sure their voices were heard. Some back what the mayor had come up with.

“We do not want a citizen review board with subpoena powers,” said Bobby Moody, representing the Tampa Retired Fire and Police Association.

“They don’t have the education, expertise or knowledge to do the job,” added speaker Theresa Miller.

Others, however, demand a far more independent CRB, free of any police influence. They want the board to have its own attorney with subpoena power to investigate.

“Currently, TPD only allows the CRB to review what Tampa PD wants it to,” said speaker Jessica McCormick.

Council members said it was clear to Mayor Castor that the community wasn’t happy with the proposal.

“More time will give all the parties a better chance to make this an even better solution,” said City Councilman Bill Carlson.

But for many, the promise of improvements and appeals for patience fell on deaf ears. Especially those who say they’ve waited long enough.

“I’ve already survived COVID, but I probably won’t survive racism,” said community activist Zulema Ramos. “So, please actually listen to the people who are most affected.”