The sheriff's office believes Joshua Hensley was taking his paddleboard to Shell Island. His paddleboard was found Monday morning near Pete's Pier. 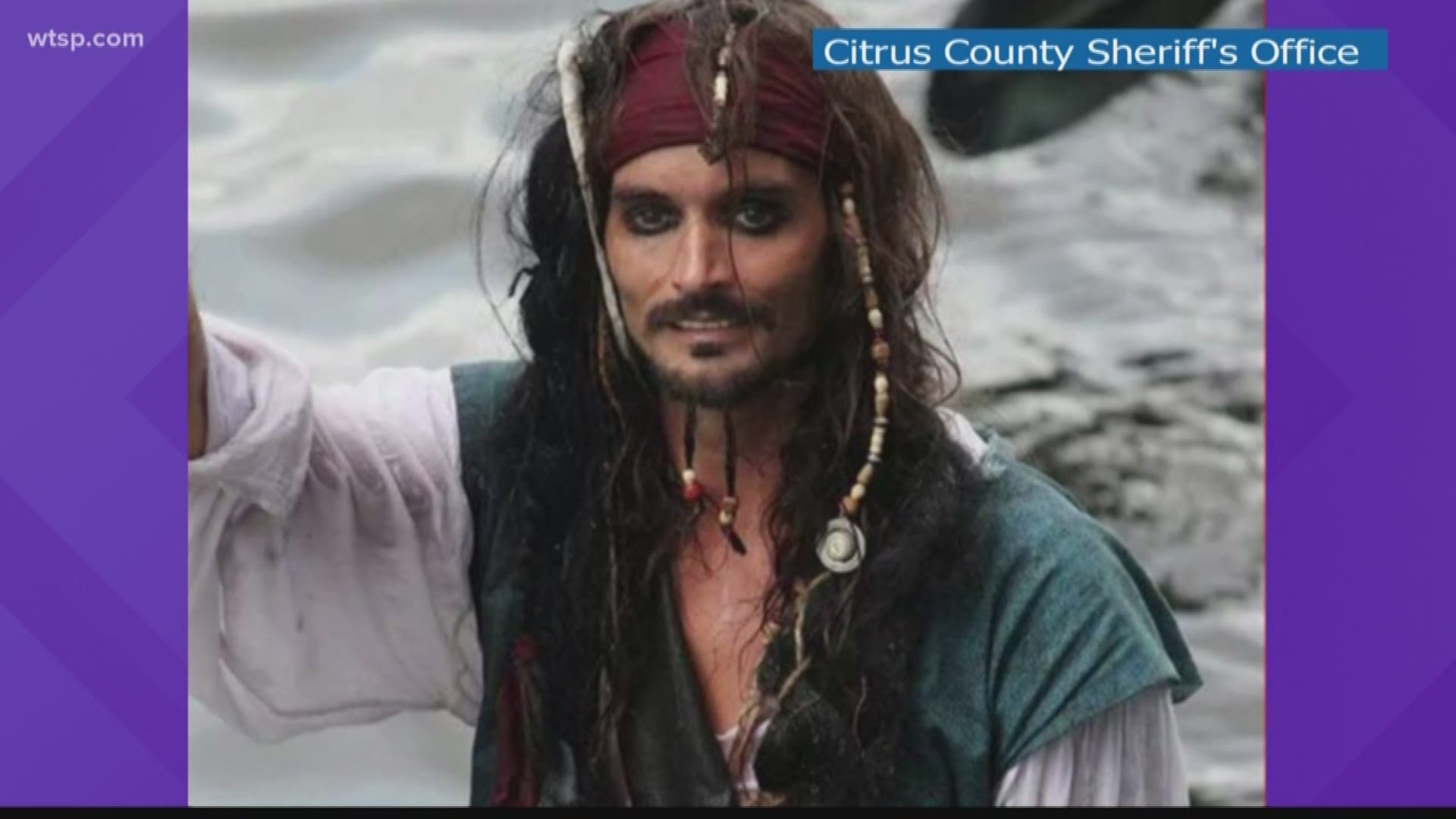 Deputies say Joshua Hensley was last seen by park rangers around 6:30 p.m. Saturday. He was wearing brown, colonial-style pants, a brown and white jacket and a brown bandana.

The Coast Guard said Hensley, 43, was dressed as "Captain Jack Sparrow" when he left Hunter Springs Park. The Coast Guard sent crews on a boat Monday morning to continue the search for Hensley.

The sheriff's office Aviation and Marine Units have also been deployed to search for Hensley.

The sheriff's office believes Hensley was taking his paddleboard to Shell Island. His paddleboard was found Monday morning in King's Bay near Pete's Pier.

A photo posted to Facebook by the sheriff's office shows Hensley dressed as Captain Jack Sparrow from the "Pirates of the Caribbean" film series. Several people commented on the post calling Hensley "Captain Jack."

Hensley also owns Big Foot Paddle Boards and is known for dressing up as Jack Sparrow to go paddleboarding.

The sheriff's office said Hensley reportedly shared a post on Snapchat while he was out paddleboarding Saturday night.