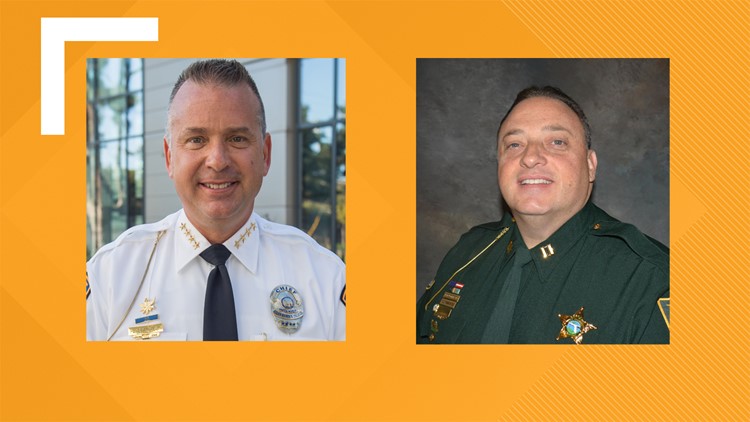 Both the Sarasota County School District and the North Port Police Department announced the names of their next leaders.

Paul Grohowski, who has worked in law enforcement for 22 years, will oversee three police sergeants and more than 20 school resource officers at the Sarasota County School District for the 2018-2019 school year.

Most recently, Grohowski was the director of public safety and police chief of the Allan Hancock Joint Community College District in Santa Maria, California. There, he was responsible for four college campuses and 22,000 students and staff. Before that, he was police chief at Adams State University in Colorado. He previously worked for the Port St. Lucie Police Department here in Florida.

In an unrelated announcement, third generation law enforcement officer Todd Garrison has accepted the police chief position in North Port. He is expected to report for duty sometime in July.

Garrison currently works as a captain/district commander with the Lee County Sheriff’s Office, where he has been since 1994. He is a graduate of the FBI academy.

Both Grohowski and Garrison must undergo final employment approval procedures before their hirings are official.