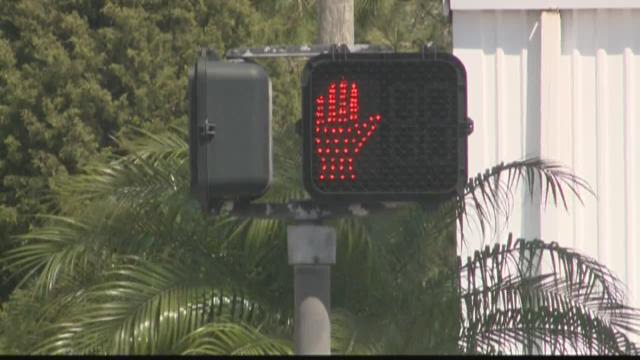 How tired are you of jaywalkers? Police officers are tired of them and that's why they say enough is enough.

Soon Clearwater police officers will be ticketing people who are crossing the street illegally.

This is all part of a pedestrian grant program. Clearwater officers have been doing education and warning phases since Dec. 1. Now the program moves into actual citations on April 1.

Every day, Clearwater police spot someone crossing the street illegally.

Last year, in the city of Clearwater alone, nine people were killed either walking or riding their bicycle. Statewide that numbers was 136.

“You see the aftermath of who don’t make it safely. And you have to speak to family and friends and explain if they simply waited for crosswalk sign,” says Hodgson.

That’s why police are tired of watching people jaywalk and then get hit. For the past the few months, they’ve warned people about their dangerous choices.

Matt Hughes received a warning after biking across the street -- not in a crosswalk.

“I don’t blame him for it,” says Hughes.

But on April 2 — those warnings will turn into tickets.

“It will be $62.50 for a pedestrian and bicycle violation,” says Hodgson.

Because if paying up is what it takes to save a life, you can’t put a price on that.

“I don’t blame them for what they are doing. Probably, people a lot of people got hit here,” says Hughes.