Citizens for a Safer Cleveland submit 15,000 signatures to get police reform initiative on the November ballot

The group turned in the signatures Wednesday afternoon. 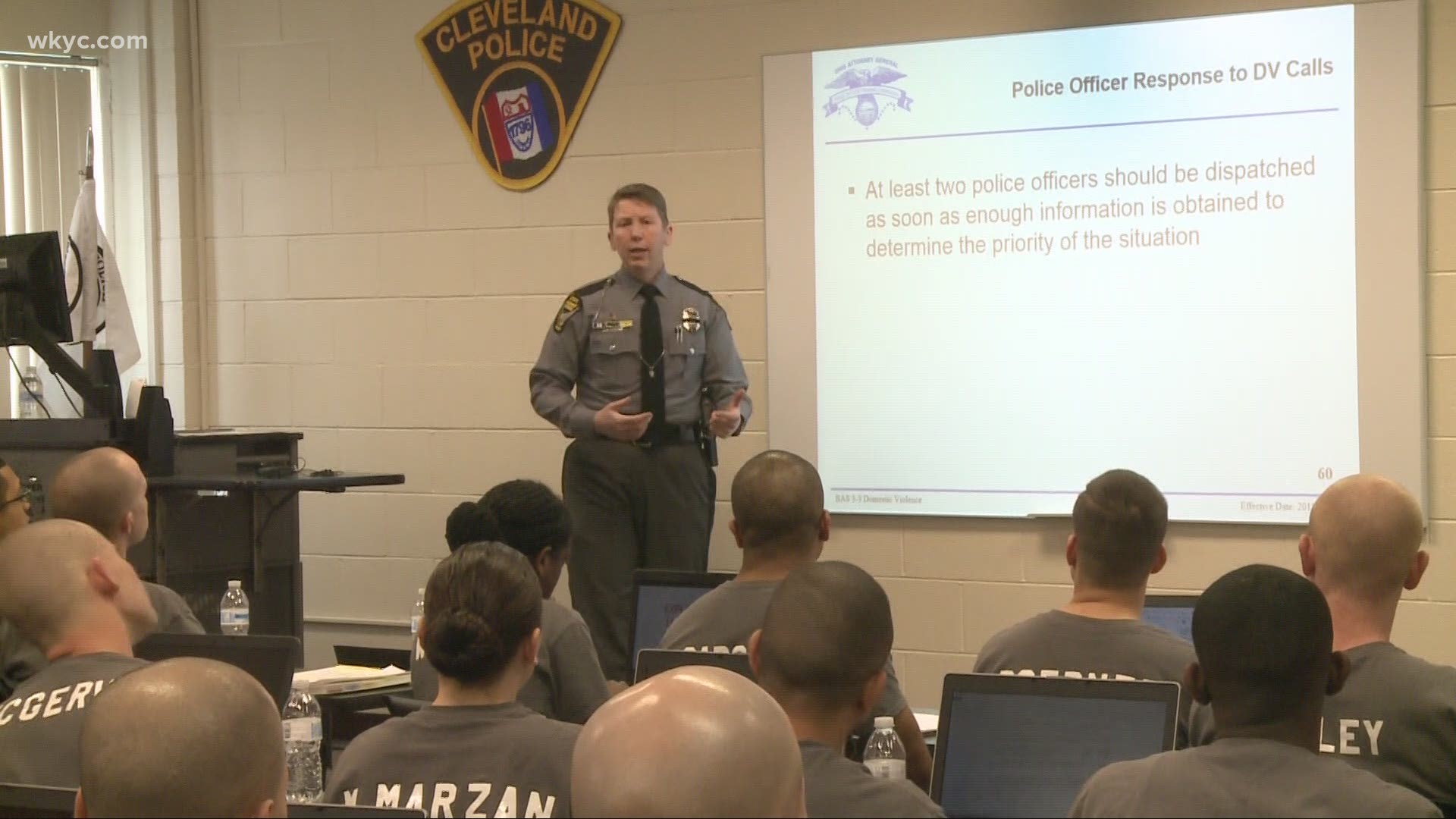 CLEVELAND — Editor's note: The video in the player above is from a story published on April 22, 2021.

On Wednesday afternoon, a group of supporters showed up to Cleveland City Hall to watch as representatives with Citizens for a Safer Cleveland, a local group in support of criminal justice reform, turned in the necessary signatures to put a police reform initiative on the November ballot.

A "diverse coalition of concerned organizations, activists, and individuals, with the leadership of families who have lost a loved one to police violence," according to its Facebook page, Citizens for a Safer Cleveland is hoping to pass a "common-sense approach" to policing that allows citizens and residents to have a voice police misconduct. The group includes former police officers, family members of those who have died at the hands of the police, local faith leaders and community organizers.

More than 15,000 Cuyahoga County residents signed the petition in favor of the initiative for police reform and accountability.

Posted by Citizens For A Safer Cleveland on Wednesday, June 16, 2021

"For too long now, we've seen police officers assault or kill Black and brown people with no consequences," a representative for the group said in an email sent to 3News. "That's why we've come together to organize for fair and independent investigations of police misconduct and real consequences for police misconduct."

"This ballot measure specifically expands the investigative and disciplinary powers of the Civilian Police Review Board, an independent body appointed by the Mayor that investigates alleged misconduct by police employees," the Citizens for a Safer Cleveland website states. "It also establishes a permanent Community Police Commission to serve as the final city authority regarding the discipline of police officers, and it provides the community with an ongoing voice on policing and community safety policies."

In April, Subodh Chandra, a civil rights attorney most well known for his worth with the family of Tamir Rice, said that the initiative would give more power to residents of Cleveland who are tired of seeing police accountability go by the wayside.

"Our hope and our aspiration with this initiative is that by asserting greater civilian control over our division of police, as should rightly be the case, we will have the values of the community expressed in the accountability system. Because right now, those values aren’t being expressed,” said Chandra.

If passed, the initiative would allow for independent investigations that would be carried out by "a diverse board of community representatives" who have the final say on discipline for officers.

"When police departments are not accountable to anyone but themselves, it leads to even more dangerous decisions by police, hurts our families, and deepens mistrust within our communities," the group says on its website. "If we want real accountability, we can no longer let police continue to police themselves — it’s just common sense."

Editor's note: The video in the player above is from a story published on June 10, 2021.