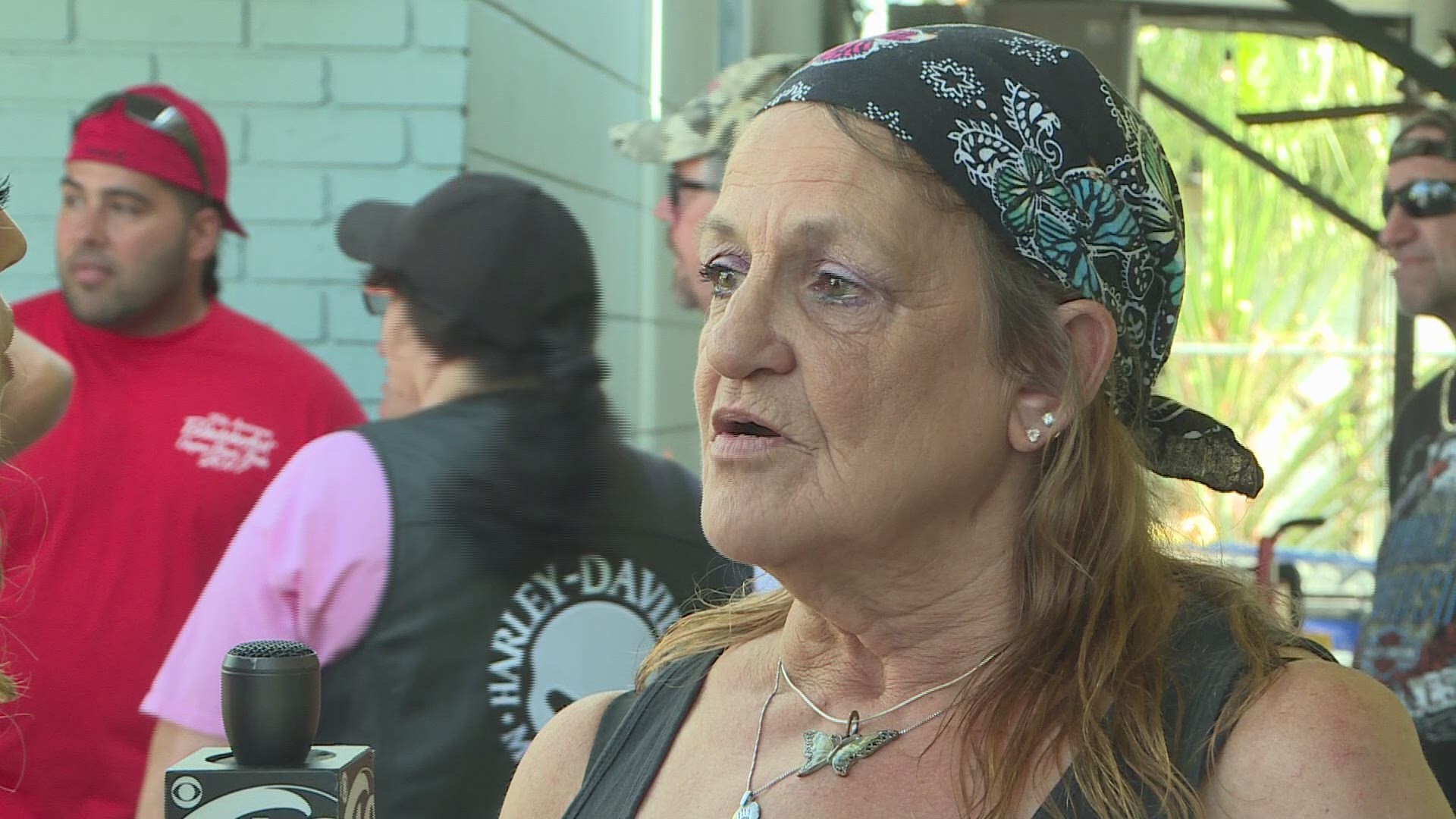 SAINT PETERSBURG, Fla. — The parking lot of biker bar Joe’s off the Beach filled-up a little earlier than normal Sunday.

Beers were traded in for breakfast as riders fueled up for the fifth annual Flowers for Phoebe Remembrance Ride.

Organizer Jeff Richard was inspired to start the annual event because of his own family.

"I’ve got two little girls myself, or two daughters myself. They are not little anymore; I still consider them little," said Richard. "The fact that a person could be that brutal to a five-year-old little girl, beyond belief."

Even though the horror of Phoebe's death still remains, the guilty verdict brought relief to riders and family.

“I think he got what he deserved," said Michele Jonchuck, the mother of John Jonchuck. In her first television interview since the verdict was announced, Michele said she is still picking up the pieces.

“I feel sad because I miss the John that I used to know, that took care of his daughter and loved his daughter so much. And I miss her so much. Every year, it’s not getting any better,” said Michele. “It’s messed up my whole life and my family’s life. Because everyone misses her so much.”

For motorcyclist Joyce Kelly, she also thinks of Phoebe frequently.

“Just you know, the memory of her, you know, the poor little thing. Actually, you know every time I go over that bridge I think of her and how horrible that was," Kelly said.

Dozens of motorcyclists made their way over the Skyway Bridge, thinking of little Phoebe Jonchuck the whole time and stopping only to plant a floating garden in her honor. A fitting tribute for a special little girl.