The man credited with leading the fight to preserve the Opal Creek Wilderness is missing as the Beachie Creek Fire continues to burn. 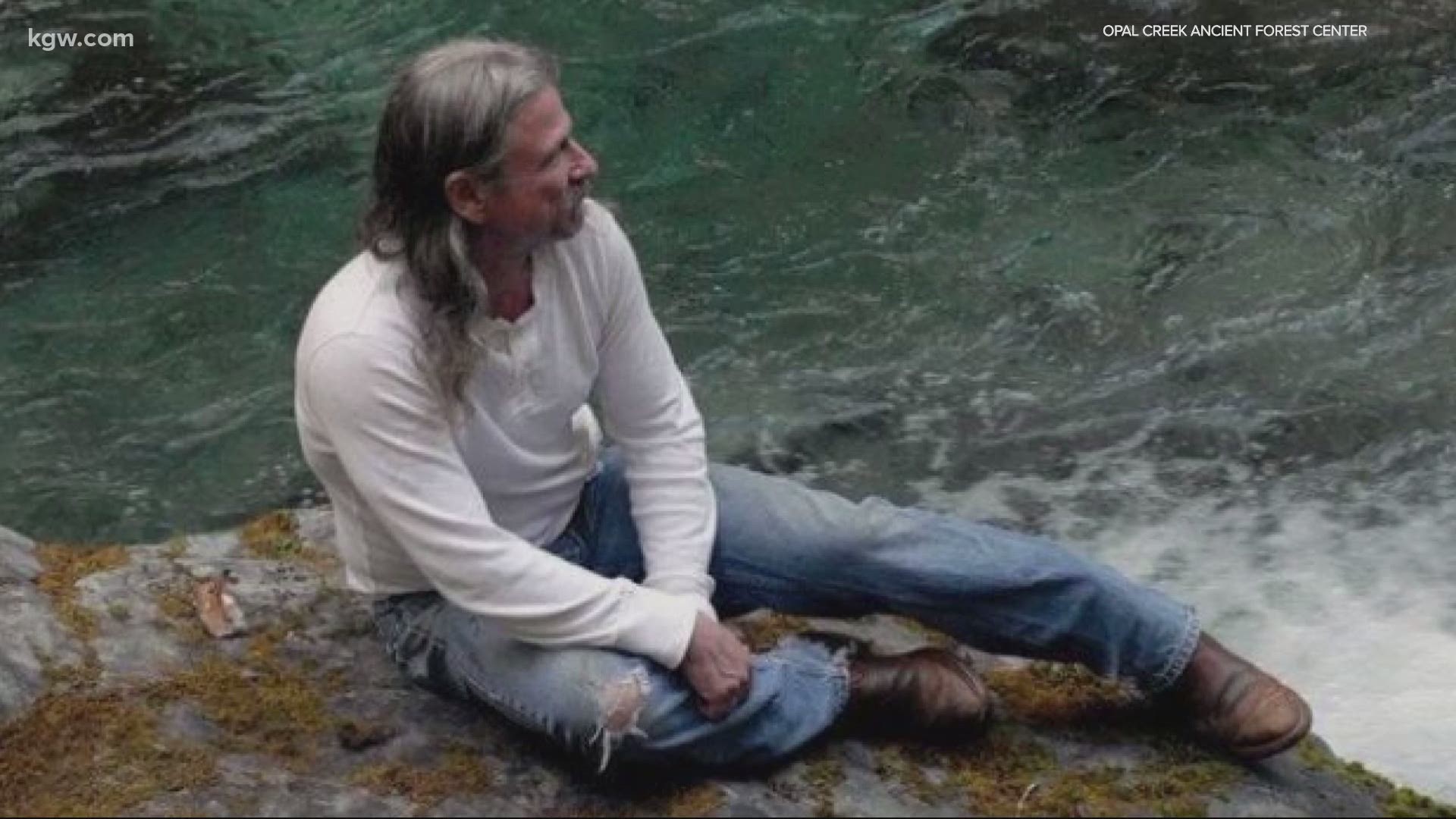 LYONS, Ore. — More than a week after the Beachie Creek Fire, fueled by extreme winds, exploded in size to become the largest of several burning in Oregon, Marion County authorities confirm one person remains missing in the area. He's the same man credited with leading the fight to preserve the very forest that, fellow stewards fear, may have been destroyed.

Atiyeh, nephew of former Oregon Gov. Vic Atiyeh, is 72 years old and hasn't been seen since before the fire swept through the Opal Creek Wilderness, a federally protected area within the Willamette National Forest.

Marion County officials announced on Friday that humans remains were found on his property, however, no positive identification has been made. 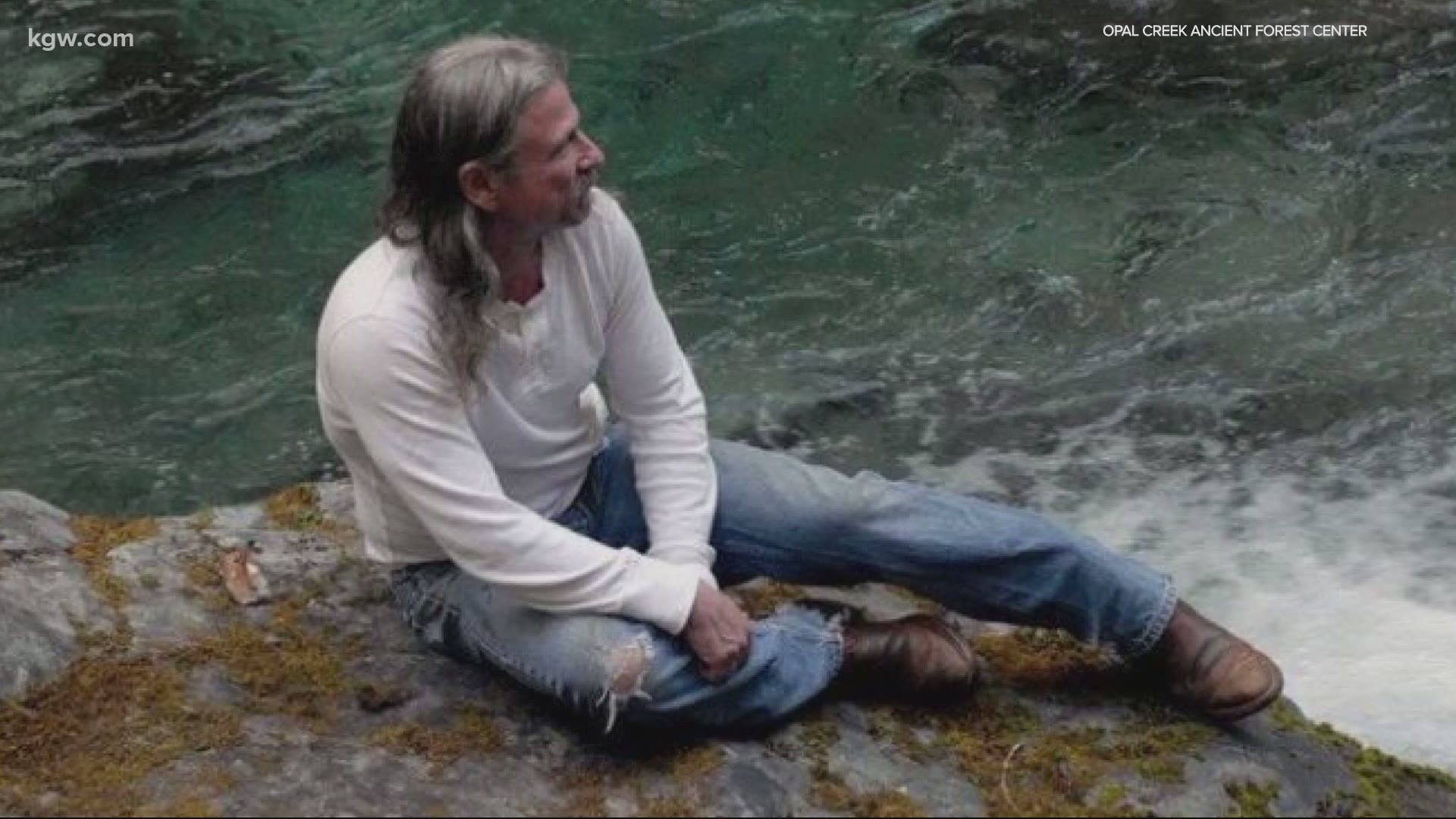 "I did call him because of the fire because ... it had recently grown, but not grown to a level that was one that he felt that he needed to evacuate," Fogarty said in an interview Thursday. "It was just one of our normal conversations, kind of jovial. We like to make fun of each other."

The following Monday, Sept. 7, the fire erupted in size. Fogarty confirmed search crews went to Atiyeh's house, which sits in the Opal Creek Wilderness along North Fork Road. There was no sign of Atiyeh, a fact, more than a week later, that gives loved ones hope.

"I'm buoyed by the fact that he wasn't there," Fogarty said. "It tells me that he was a student enough to leave the scene and hopefully go to a safe place."

Sgt. Jeremy Landers with the Marion County Sheriff's Office said Thursday crews have been looking for Atiyeh as safely possible, a job that was recently turned over to National Urban Search & Rescue teams.

A LIFE PROTECTING THE FOREST

Before cementing his status as an icon among Oregon conservationists, George Atiyeh was, of all things, a logger and miner.

In 1981, after more than a decade on the job, he realized the logging industry was zeroing in on cutting an old-growth forest surrounding Opal Creek. The plans were part of a trend.

"The 'Timber Wars' were just starting to heat up, and there was a fight over low elevation, old growth forest was becoming very rare because the forest service had been clear cutting," said environmental consultant Andy Kerr in an interview Thursday. "There were no plans to stop, and conservationists in the Salem area, starting in the mid-70s, started opposing timber sales."

Atiyeh, who had spent summers there as a child, told NPR in 1993, "And my mind started to change because I had always had it in my brain that you didn't have to cut Opal Creek, but there was always another valley to go to. There was always another place where we could cut timber. And the old growth, to me, it seemed like it was so vast, we thought it was going to go on forever. And it finally dawned on me that it wouldn't."

In a move that would, he’d later say, turn him into a community pariah, Atiyeh joined the conservationists’ fight, lobbying relentlessly for the federal protection of the Opal Creek forest. It would take several failed attempts and more than 15 years.

"People respected him for it, regardless of which side of the aisle they fell on," Fogarty said. "Whether kicking and screaming or just because they knew who George was, they had to respect his integrity in terms of what he believed in and how much effort he would put into fighting to save Opal Creek."

For more than a week, first responders have said the thick blanket of smoke hanging overhead in multiple counties has made operating from the air, in any capacity, next to impossible. That includes fighting the fire aerially, as well as observing and cataloguing damage.

In the case of Opal Creek, that leaves a lot unknown.

"We know that the places that [crews] have gotten to, that the devastation was significant," said Dwayne Canfield, executive director of the Opal Creek Ancient Forest Center, a site that promotes conservation education within the forest’s boundaries. "We do not know what the local conditions near where the fire started or in our facility are because it's been too dangerous to get people up there."

The wilderness itself, at roughly 50,000 acres, is dwarfed by the Beachie Creek Fire, which is now estimated to be 190,000 acres. Flames were burning on a much smaller scale, Canfield noted, well before the windstorm last Monday.

RELATED: Oregon couple survives Beachie Creek Fire by waiting it out in the Santiam River

The cause of that original fire is unknown, though Canfield said the idea of it being human-caused in any form is extremely unlikely.

"It's in an incredibly remote location at the top of a Knife Edge Ridge, and there was lightning the night before the fire started," he said, adding it took highly trained hotshot crews four hours to get to the fire. "If they can't get there easily, it's very hard for me to imagine anybody being there to start a fire."

Though no one's been able to confirm the exact scope of the damage, the size of the fire, combined with the hot, dry conditions make up, in Canfield's words, his "worst nightmare."

"The fire came right through our [education] facility. We can see through the heat maps from infrared satellites that there was fire activity [there] at the time that fire was running fast," he said. "In a lower elevation, old-growth forest, there's not much to stop it."

For now, he said they're "hoping for the best but planning for the worst."

As far as what the worst means for the Opal Creek Wilderness, Kerr noted fires are indeed a natural part of the life cycle of any forest.

"Fire is a rare event in low-elevation, old-growth Douglas Fir forest in the Western Cascades, but it's not an unheard of event," he said. "Opal Creek was a burned over landscape 400 years ago, and it healed, and we don't know how severe the fire was. I'm looking forward to seeing Opal Creek at its next stage of continual life."

On a larger scale, Canfield called it "unfathomable" that the science of climate change remains up for debate, when the remnants of its hot, dry, wind-driven effects are clearly on display.

"These are pretty big flashing lights that it's getting worse for us and will continue to get worse for us," Canfield said. "Climate change has to be fought on a large scale. So, hopefully that can catalyze people all over the country who maybe don't have places like this that they're familiar with to take up an action."

It's something all three men said George Atiyeh would want people to take away from this. Each spoke of him in the present tense, adding they’re hopeful he’s alive and will soon be found.

"It would be so George to just walk up somewhere and say 'Hi,'" Kerr said. "If anybody could do it, he could."