Police have interviewed the five crew members who survived a boat fire off the Southern California coast. 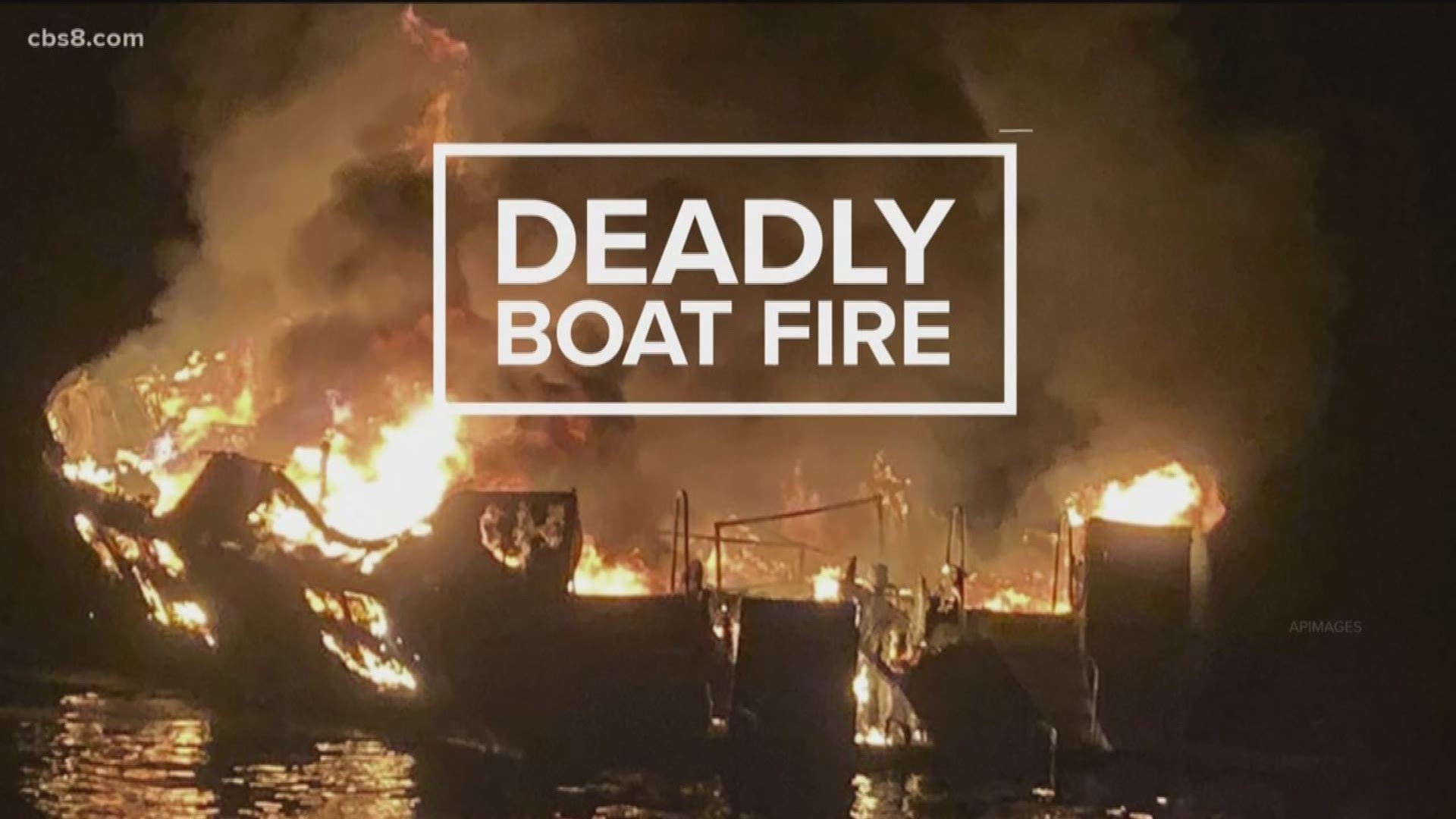 Police have interviewed the five crew members who survived a boat fire off the Southern California coast.

RELATED: A closer look at 'The Conception's' safety record

Those five men, including the captain, were able to make it off the burning boat into a dingy, waking up Bob and Shirley Hansen.

“There was banging on the side of the boat. Then I heard ‘help,’ and my husband got up and I followed him. He opened the door and he saw the flames,” said Shirley.

Shirley and Bob were on their boat “The Grape Escape” just yards away. They described seeing the devastation as the charter boat went up in flames.

“The flames and knowing there are people on board you can only imagine the horror,” said Bob.

The Madera couple quickly jumped into action and helped the crew members.

“As soon as I came out, I saw the man with the broken leg lying in the bottom of the dingy with water,” said Shirley.

The couple saw crew members trying to go back and rescue others, but they were unsuccessful.

“They cried because he [crew member] said they celebrated three birthdays that night. One was a 17-year-old who was there with her parents,” said Shirley.

Bob and Shirley said the images they saw of the boat on fire are haunting. They are avid boaters and their daughter had been on “The Conception” boat before.

“All we did was help five guys who were freezing,” said Bob.

Santa Barbara County Sheriff Bill Brown says police have interviewed the men but didn't disclose what they said. No cause for the fire has been identified and Brown says at this stage there's no reason to believe it involved a criminal act.

Meanwhile, authorities opened a family assistance center where counseling was being provided to relatives of those onboard. None of their names were immediately released.