The 2 letters both ask why it's taking so long for the Reeves case to go to trial, and even question whether there's favoritism being shown. 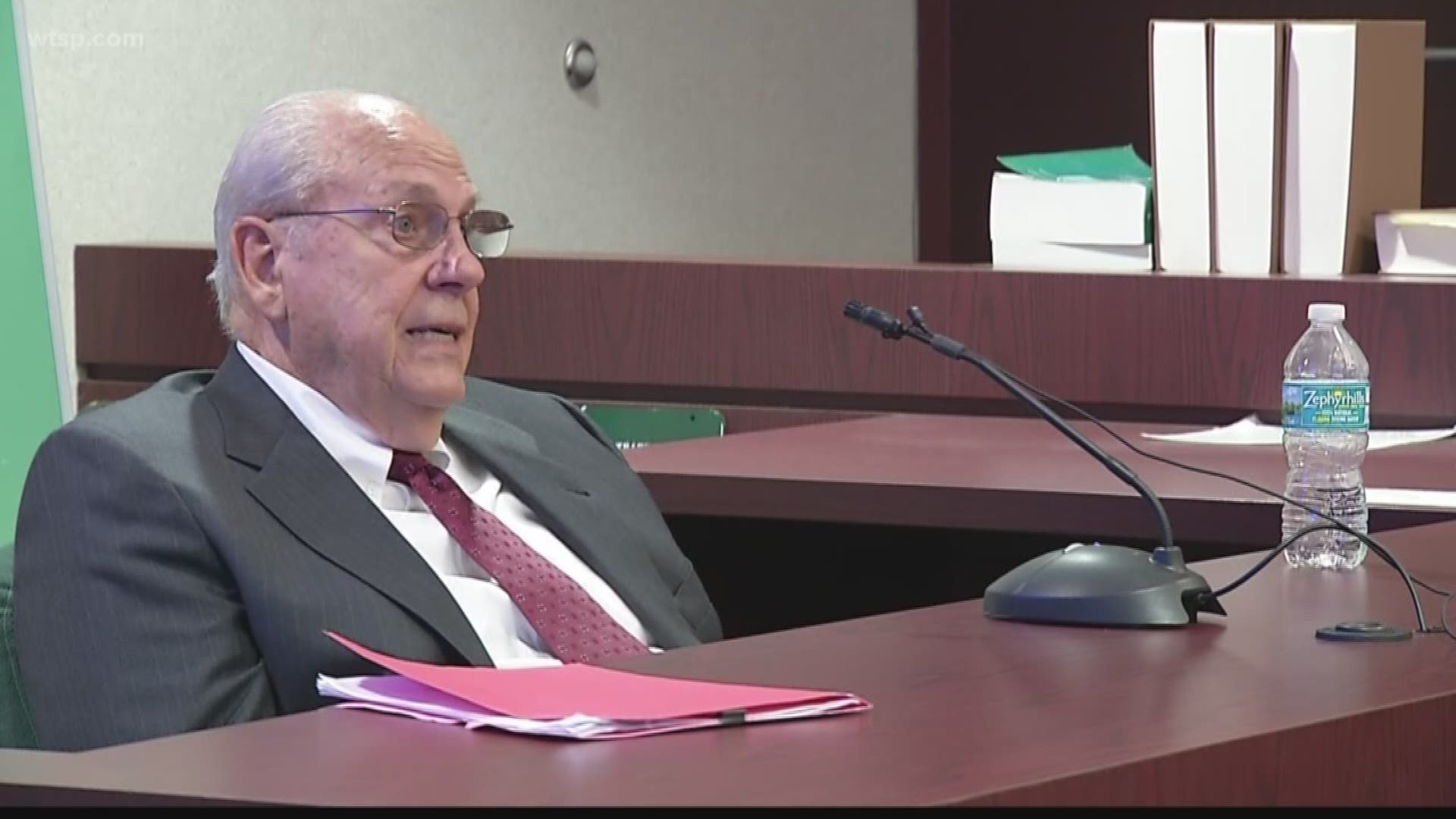 PASCO COUNTY, Fla. — It’s something you don't get to see often in court, but recently Pasco County posted two hand-written letters. Both were sent to the judge overseeing the murder case against Pasco movie theater shooter Curtis Reeves.

The two letters both ask why it's taking so long for the Reeves case to go to trial, and even question whether there's favoritism being shown.

It has been nearly six years since Reeves, a retired Tampa Police Captain, shot and killed Chad Oulson inside a Pasco County movie theater where two men had argued over Oulson texting during the movie previews.

But there has still been no trial.

The case gained so much attention, developments are posted publicly, which is why we are now seeing the two letters.

While both urge the judge to get the trial started, one also suggests there has been, "selective prosecution at hand”.

Tampa Defense attorney A.J. Alvarez has no role in the Reeves case. We asked him about the letters to the court. One saying Oulson's wife deserves to have Reeves “brought before a jury now”.

The other reads, in part, “A poor black man would already be in jail by this time".

“In this situation, I don’t think that is true,” Alvarez said.

The issue, he says, is the Florida Supreme Court, which has not yet ruled whether changes made two years ago by Florida lawmakers to Florida's stand your ground law should be applied retroactively.

Reeves already had a stand your ground immunity hearing, which he lost.

But two years ago, state lawmakers shifted the burden of proof in such hearings to prosecutors, not the defense. That raised a legal question of whether Reeves and everyone else in similar circumstances, deserve a new stand your ground immunity hearing before going to trial.

When a judge reluctantly delayed Reeves' trial, his defense lawyers said it was better to wait.

“What’s worse? A person in prison for 20 years and all of a sudden 20 years later we find out he’s innocent?” asked Reeves defense lawyer Richard Escobar. “Tell me. What’s worse?”

But Nicole Oulson's civil attorney, who understands the legal issues, has agreed with those now writing to the judge.

There is no timeframe on when the state supreme court will rule on whether the legislature's changes to the stand your ground law should be applied retroactively.

In July, a judge denied Curtis Reeves' motion to have his ankle monitor removed. The 76-year-old remains on house arrest.