COVID-19 has created a nursing shortage; USF Health is trying to bridge the gap

The U.S. Bureau of Labor Statistics estimates that 1.1 million new nurses will be needed by 2022. USF Health College of Nursing is increasing enrollment. 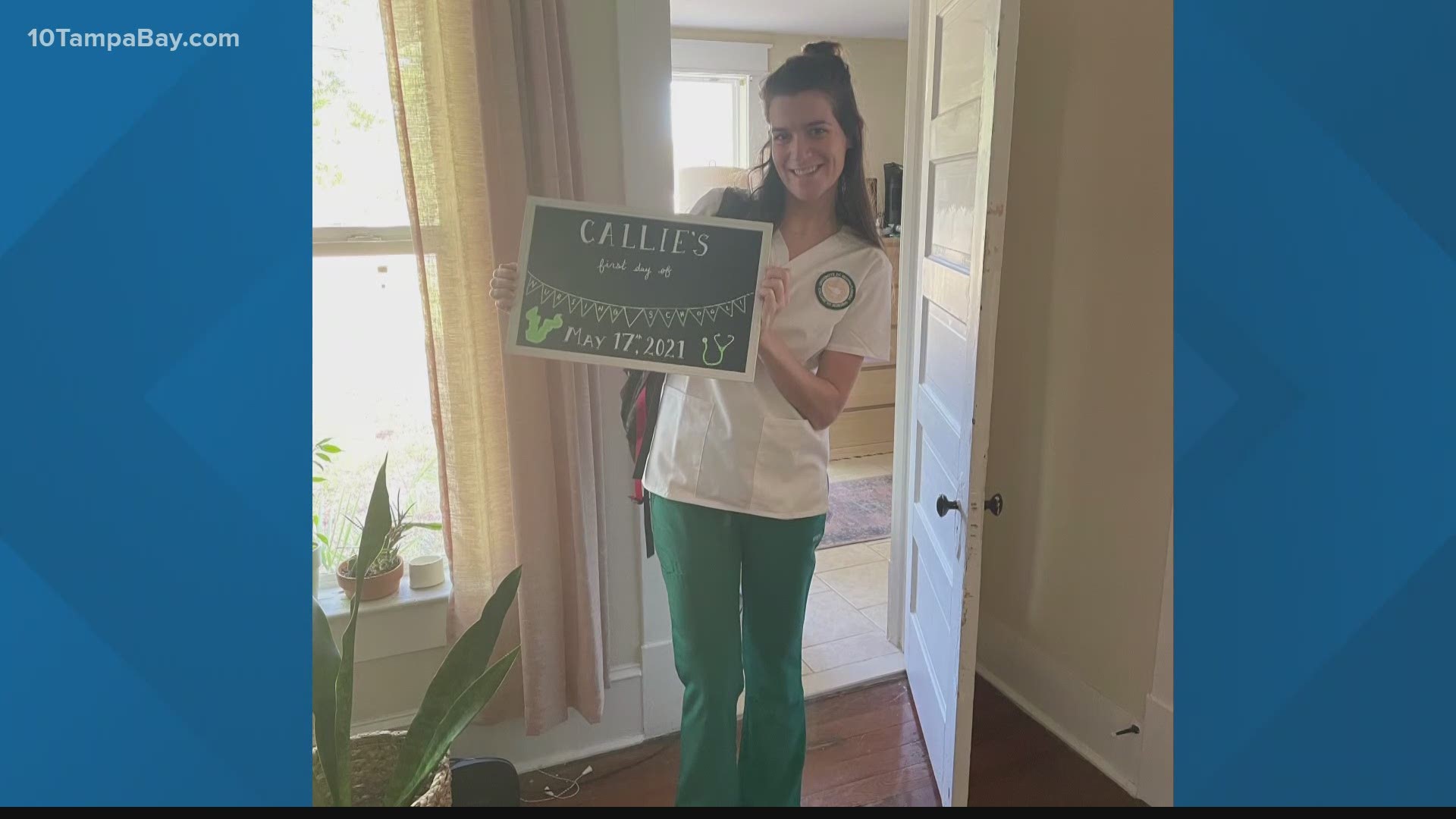 TAMPA, Fla. — The COVID-19 pandemic has put pressure on the nation's healthcare system in ways that were previously unmatched.

As a result, some nurses have either left the industry or retired early. This has created a shortage of nurses, one that is expected to get worse.

The U.S. Bureau of Labor Statistics estimates that 1.1 million new nurses will be needed by 2022.

Around Tampa Bay, USF Health College of nursing is trying to prevent that from becoming a problem. The college has ended its program that enables nurses to level up from a registered nurse to a bachelors of science in nursing, to make room in their other nursing programs. The goal: to get more nurses out there. The programs that are expanding include the accelerated program for those who already have a bachelors degree in a different field and for the undergraduate-style nursing degree.

New nursing student Callie Mellinger is one of those students who was ready to move into nursing after a career elsewhere.

"During the pandemic, it was a real eye opener of like, 'what do I want to do with my life now,' you know, they have, you know, an existential crisis," said Mellinger. "But mine was like, I really think that my, like, my calling is to go and help people."

Helping people is why she decided to go back to school.

"Before I started nursing, I worked at the aquarium in Clearwater as a biologist there got to work really closely with animal patients. And I think that's really where I kind of decided, 'hey, I want to translate this into advocating for human patients,'" Mellinger said.

Her decision could not have come at a better time.

"So not only were we dealing with the shortage of nurses overall, but we're dealing with a unprecedented number of nurses leaving the profession, exacerbated by the covid 19 pandemic," said Usha Menon, PhD, dean of the College of Nursing and senior associate vice president of USF Health.

"In the next two to three years, we hope to increase the pipeline of new nurses graduating by about 24%," said Menon. Enrollment will increase by 20 percent in Tampa and double at both Sarasota-Manatee and the St. Petersburg campuses.