Cuban demonstrators look to take their message to the White House

On Friday, Cubans from all across Florida planned to take buses to Washington, D.C., and stand with groups from across the country. 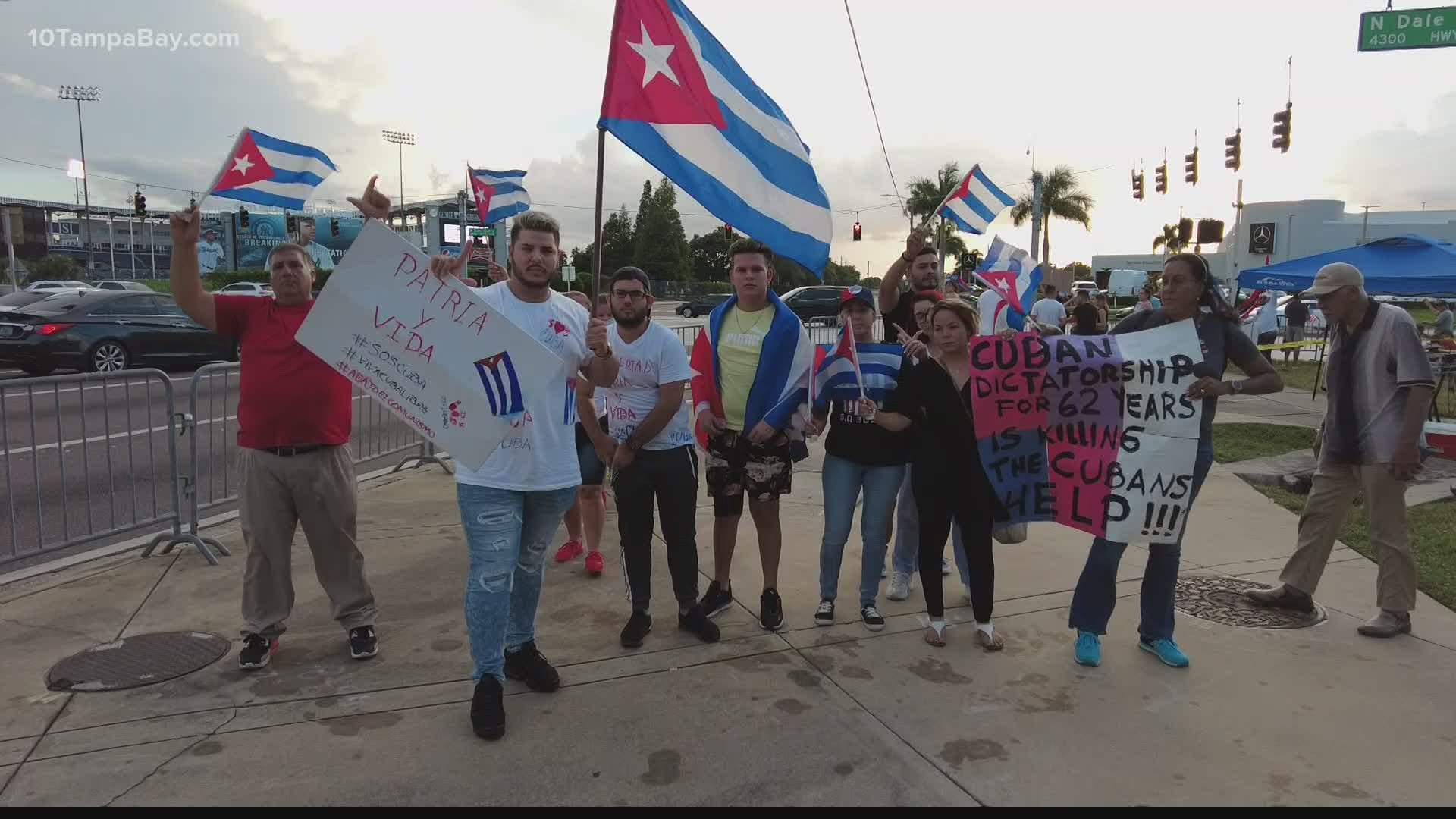 TAMPA, Fla. — After nearly a week of demonstrating in Al Lopez Park, Cubans in Tampa aim to grow their message.

"I think it's important to always have a prescience from the Cuban community outside of the White House," Osmel Benitez with Casa Cuba said.

That was their plan for this weekend. On Friday Cubans from all across Florida planned to take buses to Washington, D.C. and stand with groups from across the country.

"We had some buses departing from Miami and there are more people than there are buses, so the group from Tampa got left out," Benitez said.

But a hiccup in their plans isn't stopping them from fighting for their people, they joined the group at Al Lopez Park instead.

"This movement is the beginning of the end of the Cuban dictatorship," Francisco Martinez said.

He's one of many who was in prison in Cuba for going against the government years ago. He says he won't die until his people get freedom.

The group says now is the time to finally do something and step up against a communist government.

"It's time to do something about it. The good thing about it is we don't have any fear anymore. We want Cuba free. I know my father would've been here too," Miriam Peralta said.

She's originally from New York, but came to Tampa to protest. Her father was Cuban.

"He was a strong Cuban man and he came here to this country in 1958. He was one of the first Cubans that left and it just makes me proud to be here for him," Peralta said.

As she waves her flag, his message of freedom for Cuba sticks with her and those who stand beside her chanting for basic human rights on the island.

"I just hope they don't lose the faith and have no fear. They should keep on doing what they're doing," Peralta said.

Demonstrations like the ones we've seen all week will continue into the weekend. At the same time demonstrators from across the country stand in front of the White House, Cubans here will stand together tomorrow at Al Lopez Park.