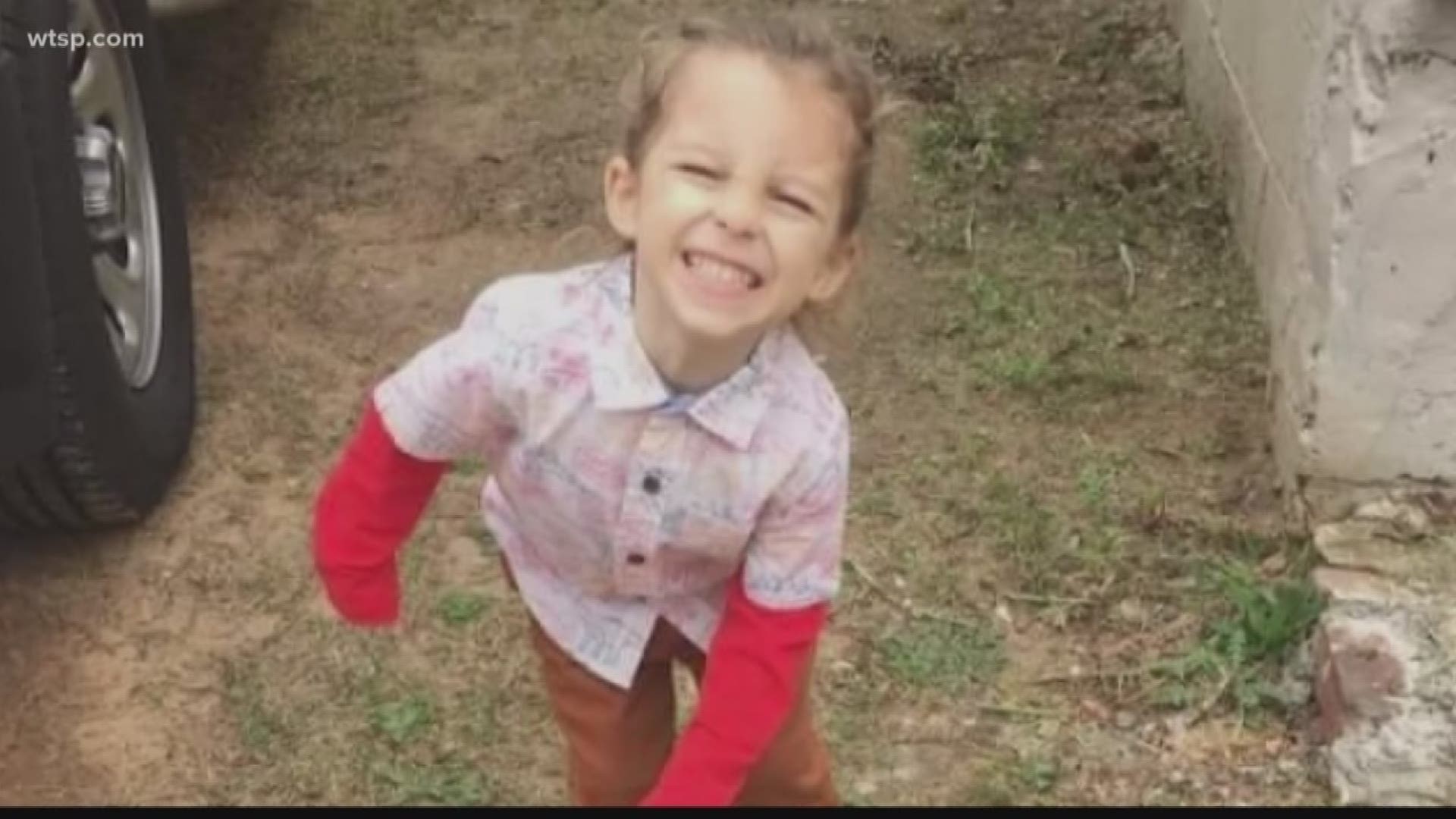 TAMPA, Fla. — The custody trial continued Tuesday for a little boy with leukemia whose parents refused to get him chemotherapy and wanted alternative medical treatments instead.

After a single round of chemotherapy at Johns Hopkins All Children's Hospital, the parents of 3-year-old Noah McAdams decided they wanted to go with more a nontraditional treatment regiment that would include CBD oil and dieting. That's when child protective services stepped in, and a judge forced the family to get Noah chemotherapy earlier this year.

RELATED: Parents rejecting chemo for son back in court

The custody battle began because Noah's parents took him to Kentucky for alternative treatment, causing him to miss a chemo appointment. Amid a missing child alert, police found him and turned him over to the state.

Now, a court will decide whether Noah's parents get him back. The judge will make his ruling Sept. 9 on whether McAdams will go back to his parents or stay in the custody of his grandmother.

The prosecution brought attention to one of Bland Ball’s Facebook posts where she referred to mandated chemotherapy as “medical kidnapping.”

The state later brought up Bland Ball’s decision in April to remove Noah’s PICC line from his arm. Bland Ball admitted to looking up a video on YouTube to determine how to remove the PICC line even though she knew the purpose of a PICC line in a child's vein is to avoid repetitive IV’s. Not long after removing the line, the family left the state to seek a second opinion.

On the other hand, Bland Ball’s attorney presents evidence reflective of a concerned, thorough, loving parent trying to make the best decisions for her sick child.

The defense refers to Bland Ball’s cooperation immediately following Noah’s leukemia diagnosis in April. Bland Ball confirmed that she and Noah’s father consented to all treatment during the critical hours doctors tried to diagnosis Noah’s illness.

Bland Ball also testified that she and Noah’s father were not running from police but rather running from Bland Ball’s family due to her strained relationship with her mother.