Two associations representing building owners are pushing the council to add a public safety exemption to the moratorium -- they say -- to protect them and tenants. 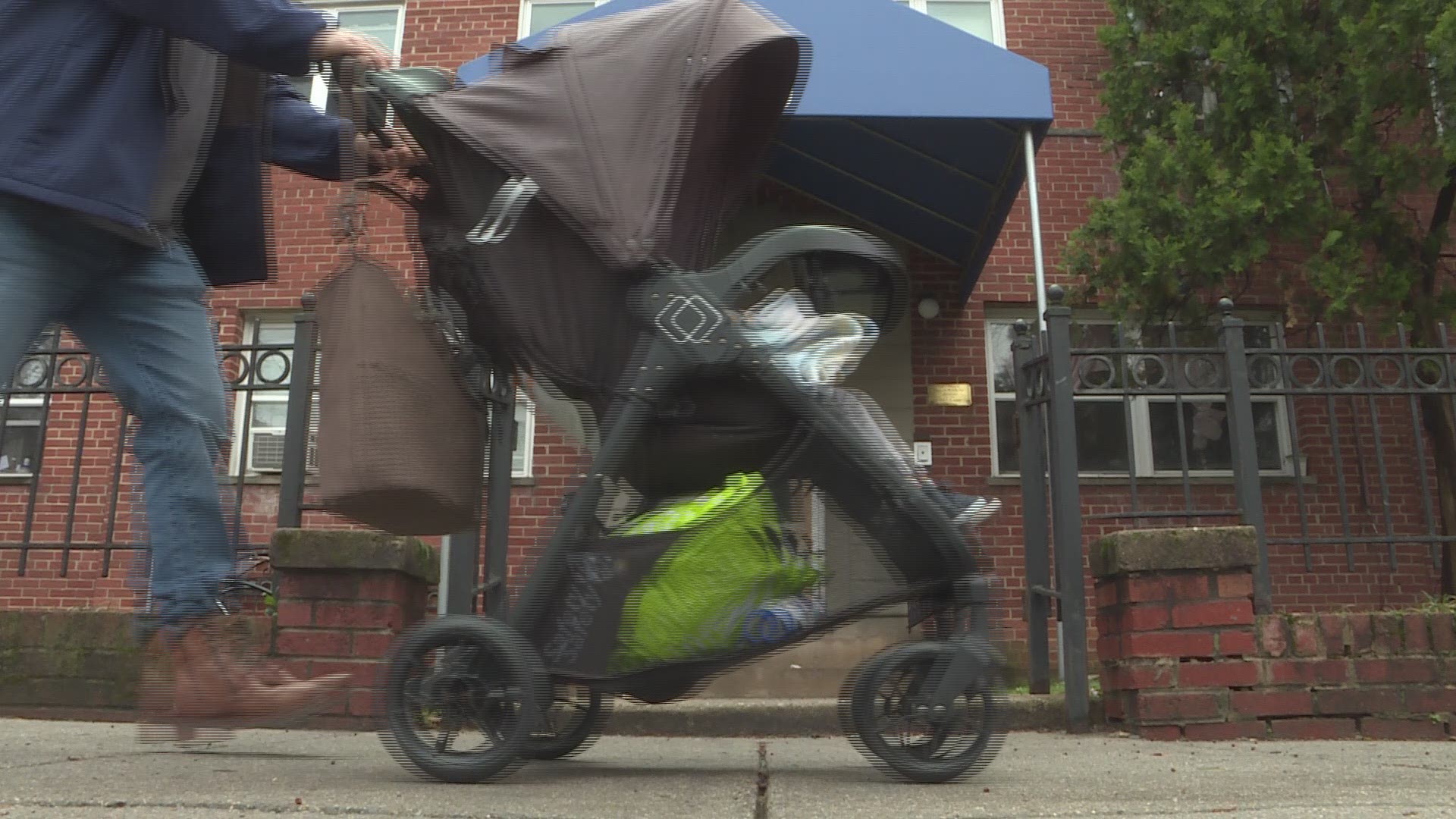 WASHINGTON — For months, some smaller property-owning landlords in D.C. have been advocating for the city to let them evict certain tenants for public safety reasons. With one owner recently being thrown down the stairs and punched, they are pushing the council even harder.

Keith Carr owns a relatively small apartment building on Longfellow Street, in Northwest D.C. Two weeks ago, he said a teenager who had been hanging around the building for months attacked him when he asked him to leave.

“He actually just pushed me down the stairs," Carr said. "And then, you know, followed me, we proceeded to fight at the bottom of the stairs, and fortunately got them off me and, you know, was able to run out the back of the building. But, you know, it's just sort of a scary experience.”

Carr said moments later, his surveillance camera caught more young men breaking the glass of the building's front door and running inside. Thankfully, he had run away by that point.

A D.C. police report says the suspect who hit Carr was arrested that day.

Right after the attack, the CEO of the Small Multifamily Owners Association, Dean Hunter, sent a note to the council, saying Carr's case was the latest example in a series of violent acts tenants, owners, and property managers had experienced throughout the pandemic — and shows the need for a public safety exemption to the moratorium.

"When the council put the moratorium in effect, we did not oppose it because we care about health and public safety," Hunter said. "The only thing we asked for was this simple exemption. And now we've seen bad actors terrorize apartment buildings, terrorize entire communities."

RELATED: Back to business for some DC restaurants. But that doesn't mean going back to normal

A DC landlord says a teen attacked him inside moments before the rest of his group broke in the front door.

Now -- he and other bldg. owners are pushing for a public safety exemption to the eviction moratorium. More details on @wusa9 at 11. @AOBAMetro pic.twitter.com/rICOs5GdeK

Carr said the ordeal began months ago when a tenant died and her son — who had been living with her periodically — permanently took over the lease without paying rent.

He said since then, a group of teens, including his attacker, had started hanging around, making noise and scaring other tenants. Carr said he had asked the son to stop letting the group into the building, which he agreed to do — but didn't follow through.

The eviction moratorium, however, prevents Carr from taking the son to court and requiring him to stop letting the group into the building under threat of eviction. D.C.'s moratorium extends 60 days after the end of the public health emergency order for COVID-19.

“We're begging 13 months for something like this that not only protects landlords, it protects tenants," Hunter said.

Credit: AOBA
DC's AOBA shared this photo from a shooting that one leader said happened recently inside an apartment building.

Marshall said the shooter was known to a neighbor, who had been causing problems with lots of loud fights at all hours of the night. Still, she said the housing provider had no recourse.

"Unfortunately, because it wasn't actually the tenant who fired the shots or engaged in any of the firearm, illegal firearms that were that were part of the situation, there's nothing that we could do," she said. "We couldn't even give them a notice to tell them to stop the behavior or bar you're your guests from coming over who are causing problems. We don't have any tools available to us."

She and other property managers said it's not about the money and that they don't want to throw people out in need of a little help during the pandemic. Their focus is on extremely violent acts that are impacting other renters.

“Totally don't want anybody to be homeless or be without a home," senior property manager Jennifer Green said. "But if you're wreaking havoc on the safety of a building, it's not fair to the other people.”

D.C.'s chief tenant advocate said their office has received safety complaints from tenants, but their larger concern is getting landlords to uphold their end of the bargain to keep people safe.

She does not think the city has found a balanced solution yet to properly protect both parties.

Councilmember Anita Bonds, who chairs the housing committee, said they do not have the votes yet to get a public safety exemption amendment passed, but they’re working on a solution to help tenants, advocates, and landlords.

“I mean, right now, I've got nobody to talk to who can who can help me," Carr said. "So I don't know what the solution is, but there needs to be a solution that we can go to.”

In a survey the SMOA conducted in February 2021, close to 40% of respondents said they had filed police reports about safety and health risks to tenants.

The next opportunity to introduce an amendment for the exemption is Thursday, April 8.