FBI releases photos of persons of interest in Capitol riots

The FBI is looking for the public's help identifying people involved in Wednesday's siege of the U.S. Capitol. 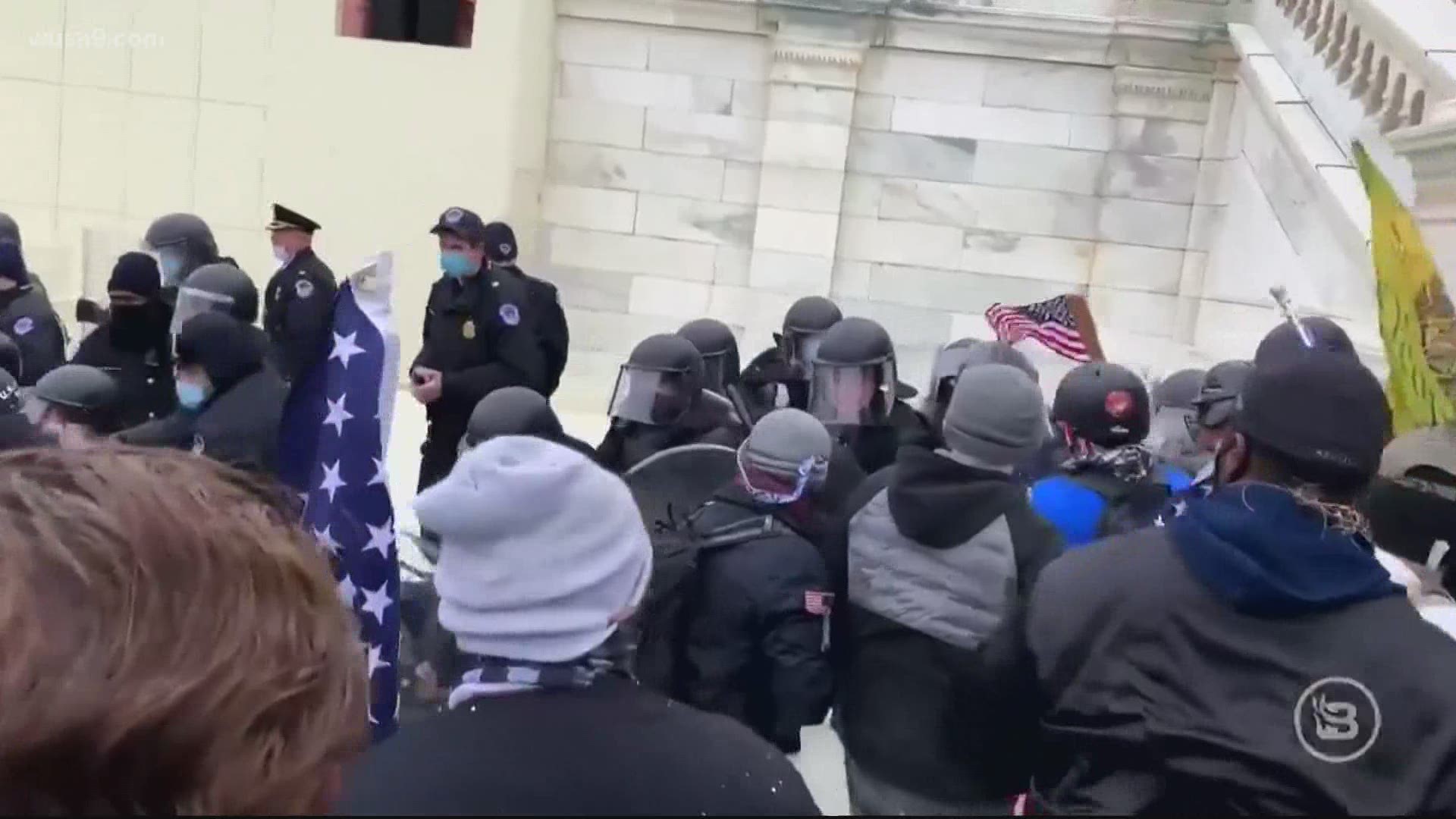 WASHINGTON — In a last-ditch attempt to fight the results of the 2020 election, rioters stormed the U.S. Capitol Wednesday, breaching all police forces and occupying the building. One woman was shot and killed during the riots, a Capitol Police officer died from injuries sustained during the riots and three others died from medical emergencies, according to police.

D.C. Police have already released a number of images from the Capitol riot asking for the public's help identifying people wanted for unlawful entry into the Capitol building.

RELATED: PHOTOS: DC Police is searching for these people involved in the Capitol riots

A Maryland man was fired from his job after a picture of him with his company's name badge on a lanyard hanging from his neck was distributed by DC Police as a person of interest for his alleged participation in a mob that stormed the U.S. Capitol on Wednesday.

RELATED: Man loses job in Maryland for being part of mob in US Capitol riots, company says

#FBIWFO is seeking the public's assistance in identifying those who made unlawful entry into U.S. Capitol Building on Jan. 6. If you witnessed unlawful violent actions contact the #FBI at 1-800-CALL-FBI or submit photos/videos at https://t.co/NNj84wkNJP. https://t.co/iSeA3UMeyz pic.twitter.com/TW7fma4QDE

Anyone with information regarding these individuals, or anyone who witnessed any unlawful violent actions at the Capitol or near the area, is asked to contact the FBI's Toll-Free Tipline at 1-800-CALL-FBI (1-800-225-5324) to verbally report tips. You may also submit any information, photos, or videos that could be relevant online at fbi.gov/USCapitol. You may also contact your local FBI office or the nearest American Embassy or Consulate.

1 / 11
FBI
Anyone with information regarding these individuals, or anyone who witnessed any unlawful violent actions at the Capitol or near the area, is asked to contact the FBI's Toll-Free Tipline at 1-800-CALL-FBI (1-800-225-5324) to verbally report tips

The investigation into Wednesday's violence at the Capitol remains ongoing.

RELATED: US Capitol Police officer dies after being injured during Capitol riots