The family is continuing to honor Makiyah through the Makiyah Wilson Foundation and a mentorship group for young girls called Makiyah Scouts. 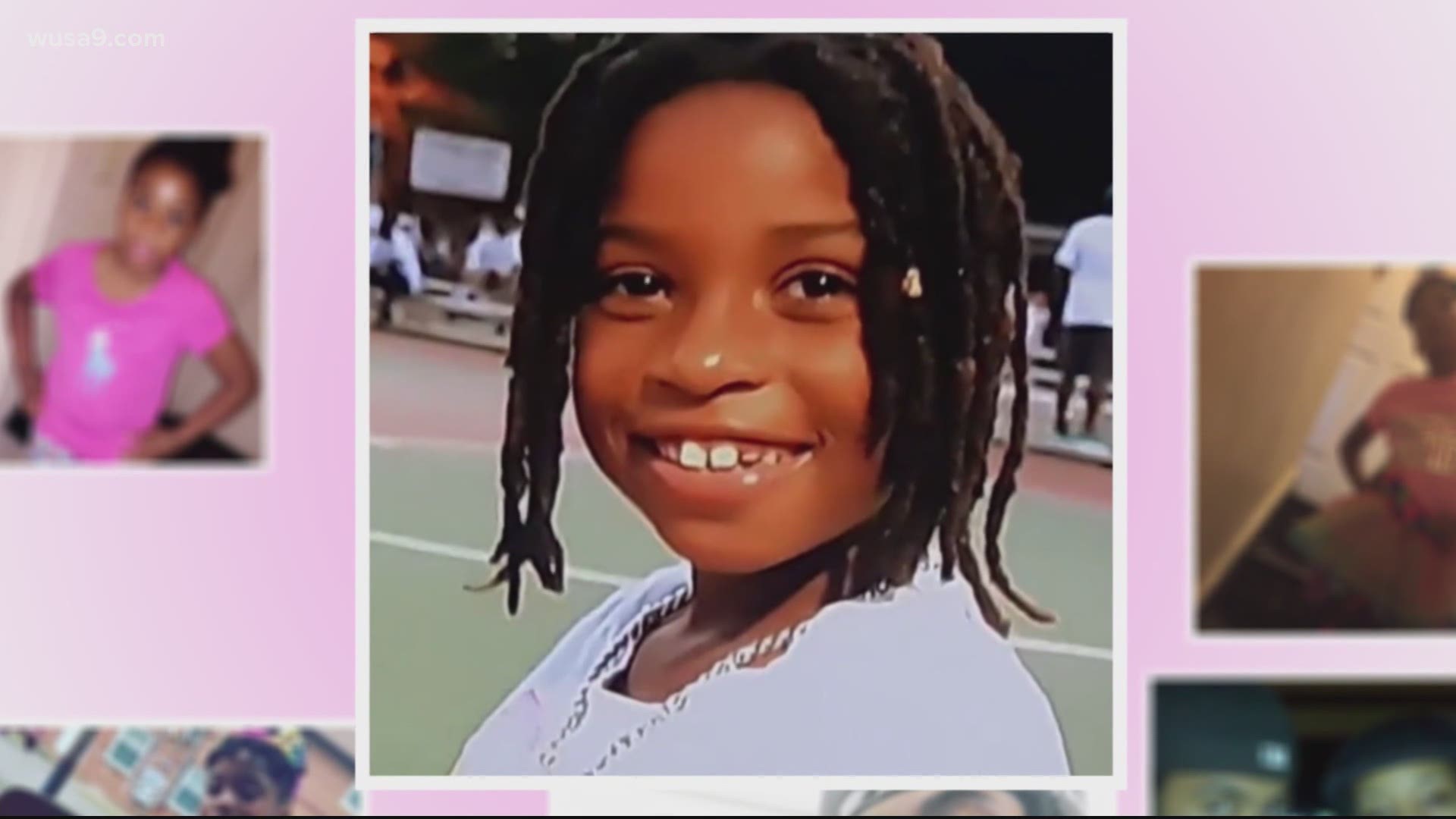 WASHINGTON — It has been three years since 10-year-old Makiyah Wilson was gunned down after returning from getting ice cream in her Northeast D.C. neighborhood.

She was hit by a bullet meant for someone else.

“It’s honestly like, 'wow. It’s 3 years now?' So, it just be more overwhelming,” Donnetta Wilson, who is Makiyah’s mother, said.

Still crushed after losing her little girl a few years ago, Wilson chooses to remember the good times with her daughter.

“Makiyah was an angel on earth before she was in heaven,” Wilson told WUSA9. “She was outstanding, man. It’s like so much to explain about her. She was my biggest fan.”

Makiyah’s life was snatched away on July 16 in 2018 when surveillance cameras caught a black car pulling up to a courtyard on 53rd Street in Clay Terrace.

A group of masked men jumped out and sprayed more than 70 gunshots into the crowd.

RELATED: 'I want to keep him' | This 10-year-old has to plan for protecting his baby brother from shootings

The bullets hit Makiyah and four adults – including her older sister, but Makiyah was the only victim who didn’t survive.

“When she walked in that door and I know that I couldn’t do nothing. It hurt me because I know Makiyah is strong,” Donnetta Wilson said in a 2019 interview.

“I’ve always seen my daughter warm and smiling, but me seeing my daughter cold on a stretcher – that ain’t fair. I still see that,” Mike Wilson said in 2019.

Police believe the shooting was all about a turf war between the Wellington Park and Clay Terrace neighborhoods.

Eleven people were indicted in 2019 for the crime.

The case is broken up into three separate trials with all of them set to begin by the end of 2021 or early 2022.

Donnetta Wilson moved her family to Georgia last year because living in the DMV became too overwhelming.

The family is continuing to honor Makiyah through the Makiyah Wilson Foundation and a mentorship group for young girls called Makiyah Scouts.

The family is hosting a vigil and balloon release on Friday at D.C. Scholars Charter School to commemorate the anniversary of Makiyah’s death. The event will begin approximately at 7 p.m.