Investigators say the body of Mathew Korattiyil was found near a church not far from the bank. 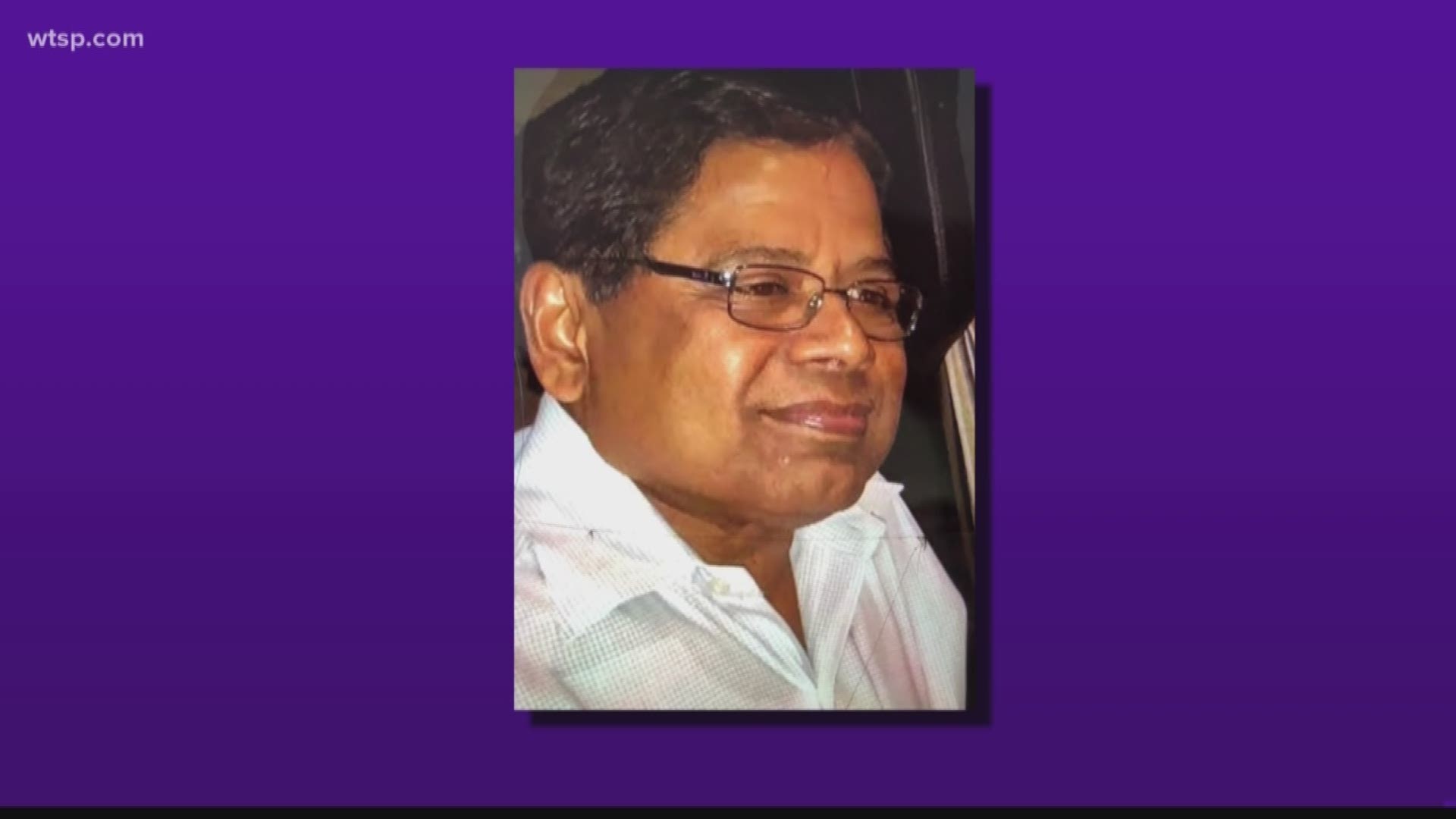 VALRICO, Fla. — The Hillsborough County Sheriff's Office says a man has been found dead after being carjacked in a parking lot by an armed man who robbed a bank.

It happened Tuesday morning at CenterState Bank on FL-60 in Valrico. The alleged bank robber has been found; the body of the man who was carjacked, 68-year-old Mathew Korattiyil, was discovered near the Sacred Heart Knanaya Catholic Community Center, located at 2620 Washington Road.

It is about five minutes away from the bank.

"We are currently in the process of processing that crime scene," Hillsborough County Sheriff's Office Chief Deputy Donna Lusczynski said.

Investigators say the accused bank robber, identified as 39-year-old James Hanson, walked up to a teller at 10:43 a.m. Holding a gun, authorities say he left the bank, carjacked Korattiyil and drove off.

Law enforcement used stop sticks and a pit maneuver to stop the SUV. Deputies say the alleged bank robber ran before being caught.

Deputies say they are working to figure out what happened to Korattiyil, aside from their belief that Hanson pushed him to the passenger seat during the alleged carjacking. Korattiyil's body was found in the back area near the church, Lusczynski said.

Someone else's car was hit while Hanson drove away, authorities say, but the other person wasn't hurt.

The FBI is helping with the investigation.

The Hillsborough County Sheriff's Office said Hanson confessed to detectives about the robbery of the CenterState Bank, the carjacking and murder of Korattiyil.

Hanson, 39, is charged with premeditated first-degree murder, carjacking, grand theft of a motor vehicle, kidnapping, resisting an officer with violence and robbery.

On Tuesday night, authorities booked Hanson into the Orient Road Jail in Tampa.

Before Tuesday's incident, online records show Hanson was just released from prison on July 2. Authorities say he had been serving time for armed robbery with a deadly weapon.