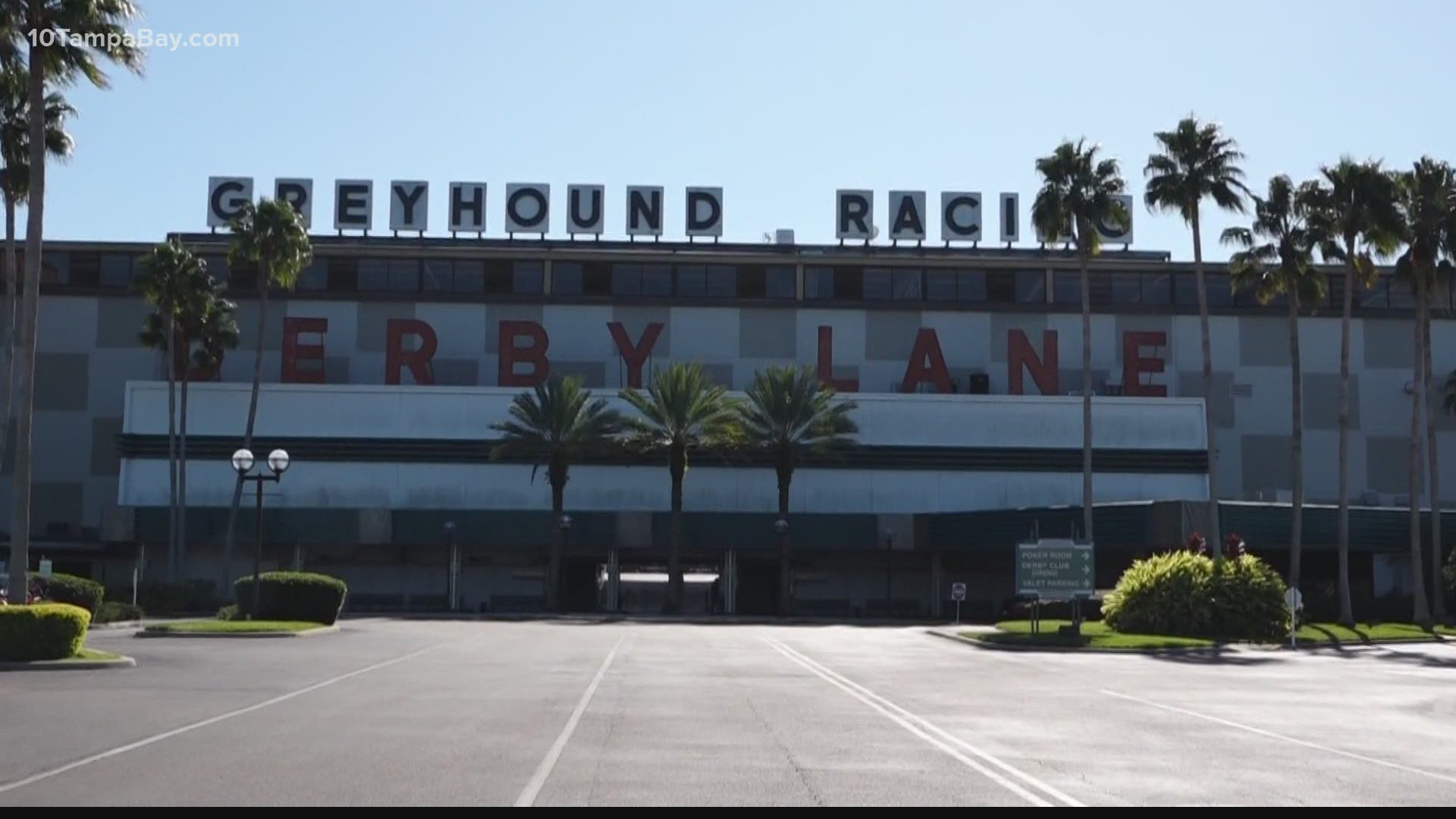 ST. PETERSBURG, Fla. — After nearly a century, this will be the final week for live greyhound racing at Derby Lane in St. Petersburg.

In 2018 Floridians voted to phase-out live greyhound racing by the end of 2020. So, this weekend, Derby Lane is celebrating with what they’re calling a grand finale.

The historic track on Gandy Boulevard has become a landmark over the decades.

“They shot one of the iconic scenes out here in the grandstand. As well as the circus scene out in the parking lot. So, Derby Lane has been viewed in many homes over the years,” said Winning.

But through those years, there was also growing concern and criticism over the treatment of greyhounds. And in 2018, Florida voters passed amendment 13, phasing-out live dog racing by 2021.

So, this week Derby lane is planning a grand finale. It’s final days and nights of live greyhound racing will be Christmas Eve and this weekend, including Sunday.

“We are going to run until we can’t,” said Winning. “And just hope that everybody comes out and enjoys it one last time.”

After Sunday’s races, Winning says some of the greyhounds will continue to race at tracks outside Florida, some will live on a farm with other former racers, and others will be adopted.

Derby Lane has been working with a group called greyhound pets of America. The organization, which finds new homes for former racing greyhounds, she says, has a 98% adoption rate.

While live racing will end, Derby Lane will still be open for simulcasts and off-track wagering.

“As far as what’s going to happen with the property, we’re still looking at things,” said Winning. “We’re not sure. We’re just not gonna tear it down and be gone tomorrow, but Derby Lane will definitely be a part of the community for years to come.”