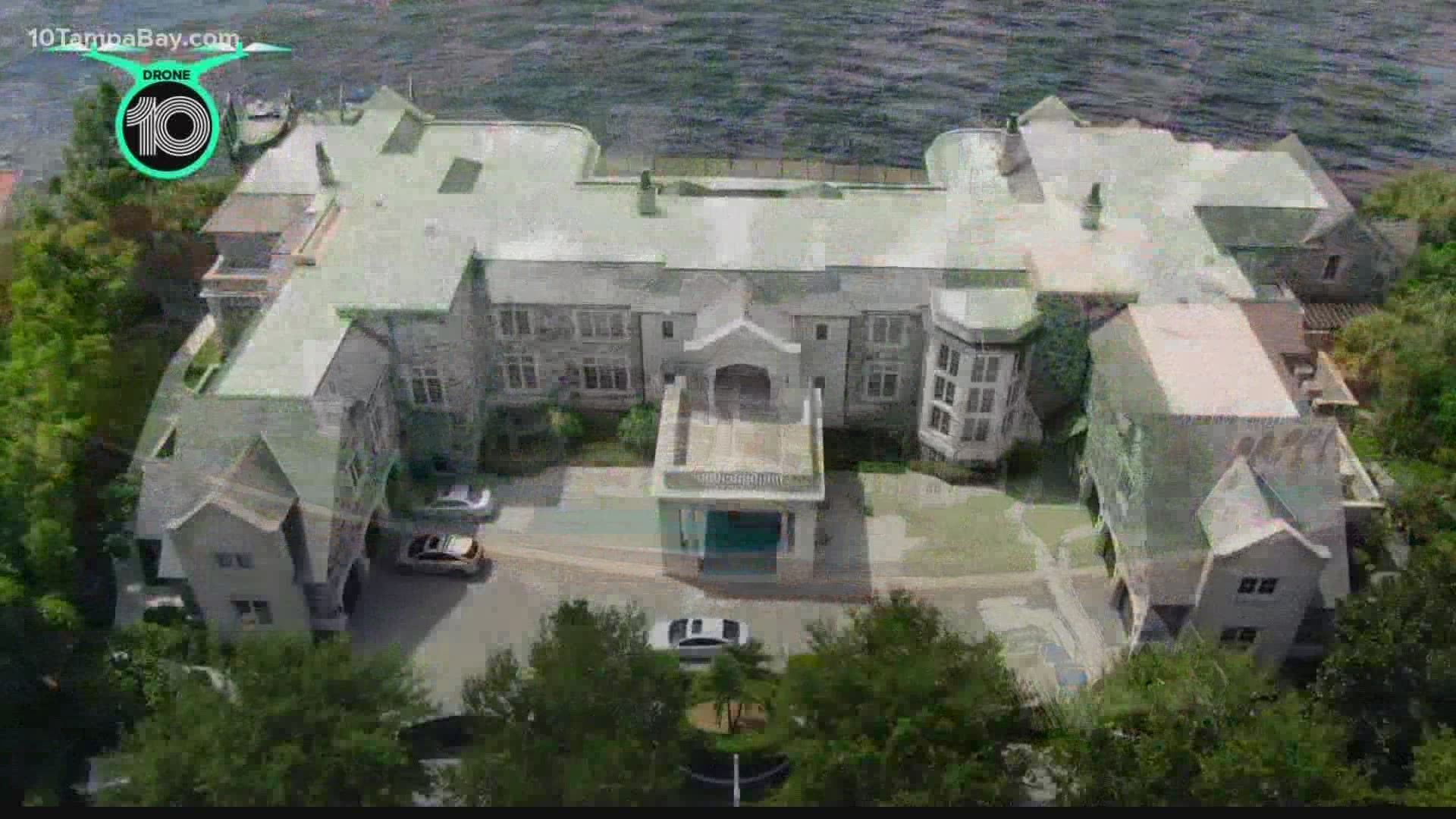 TAMPA, Fla. — Editor's Note: The video above is from a 2020 story when the house was first listed for sale.

The Tampa Bay estate that two sports icons have called "home" has been sold to one lucky buyer for $22.5 million.

Baseball star Derek Jeter and his wife Hannah originally owned the home, and reigning Super Bowl champ and Buccaneers quarterback Tom Brady and his family had previously rented the place.

The home is quite possibly the largest in South Tampa, coming in at just under 22,000 square feet, with 345 feet of open bay situated on Davis Islands.

The waterfront estate was listed at $29 million and sold for about $22.5 million, according to both TMZ and the Tampa Bay Times.

Smith & Associates, which handled the sale, said the home's final price tag was the largest in not only Tampa's history, but also in Hillsborough, Pinellas and Manatee counties.

Brady and his wife, Gisele Bündchen, knew the family planned to sell it all along.

"Tom and Derek negotiated favorable terms in the lease agreement so the Jeters could list, market, show and sell the property for sale," Stephen Gay, the Smith & Associates Real Estate who lists the home, previously told the New York Times.

The home was "built with the finest materials available," a news release reads. Hand-carved Connecticut and limestone granite don the exterior, while an 80-foot saltwater lap pool sits just between Hillsborough Bay and the residence.

It features waterfront views from most rooms, the release states, with just about 9,000 square feet of outdoor covered porches and balconies, plus a dock with two boat lets.

There are seven bedrooms, eight full and eight half-baths inside, according to the home's description.

"As one would expect of a home of this caliber there are some very special features that help to differentiate it: wine cellar, in-home movie theater, professional gym, in-law suite, an au-pair wing complete with a living area and kitchen, outdoor kitchen, and grilling area, full home generator, air-conditioned garage to accommodate 6 cars, scullery, and additional laundry room, and more."

"What makes this home so unique is the mix of large entertaining areas as well as more intimate rooms for private family gatherings," said Gay in the release. "You can get lost in most homes of this size, but even with all of its grandeur, this house is a perfect fit for today’s modern lifestyle."

Jeter moved to Miami, where he is part-owner of the Miami Marlins.

"Davis Islands provided a quiet, safe, and friendly lifestyle that we will always cherish," the MLB star said in the release.