DOE: Hillsborough County School Board has 20 days to submit budget before state takes over

The education commissioner said in a letter 'overstaffing' is a 'leading driver' of the school district's financial crisis. 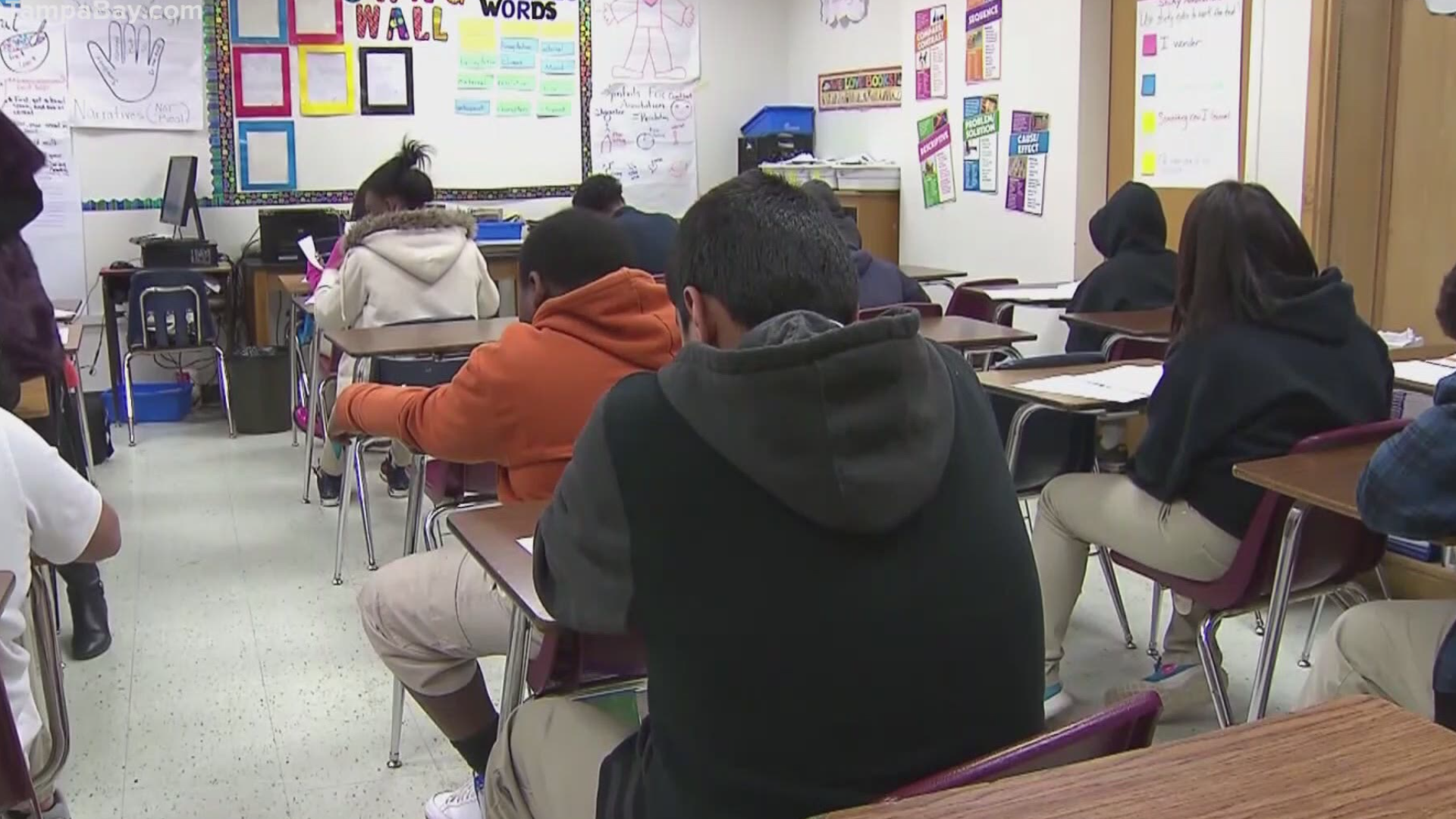 HILLSBOROUGH COUNTY, Fla. — Florida Department of Education Commissioner Richard Corcoran wrote a letter Thursday to the Hillsborough County School Board that essentially told board members to get their act together regarding the district's budget or the state would intervene.

In the letter, the commissioner said the DOE would like to "collaboratively work" with the school board and Superintendent Addison Davis to "address the financial emergency."

The letter comes as more than 1,000 Hillsborough County teachers are expected to lose their jobs at the end of the school year. The job cut comes as Superintendent Davis explained "additional adjustments" are needed because the district has a deficit of more than $100 million as the school year comes to a close.

According to the DOE's letter, the district's financial crisis has been an issue since 2015, and district school leaders have shown a "lack of attention" to properly resolve it, creating "a disruption with [their] workforce" that "threatens the basic delivery of educational services to Hillsborough's students."

The letter also states that a "leading driver" of Hillsborough schools' financial concerns is the district's "long-standing overstaffing by a few thousand employees." The DOE says the overstaffing is "evident" in comparison to other state school districts.

The DOE says the district has 20 days to submit a detailed plan to Commissioner Corcoran outlining how school district leaders will take action to resolve the financial crisis.

If the school district fails to act, the commissioner says the DOE could order an official school district financial emergency. Under state law, that would require Hillsborough County Schools to undergo a full forensic audit and investigation to determine the cause of the district's deficit.

And, it would place the district on a "financial receivership," which would include requirements including the budget to be approved by the state education commissioner as well as have district funding come in the form of a state loan to the local government.

In response to this latest development from the state, Superintendent Davis issued the following statement:

“For the last nine months, I have shared publicly the critical state of the financial picture for HCPS. My leadership team has identified and implemented strategies that have helped to mitigate this crisis through staffing allocation cuts and other measures," the statement read.

"These decisions have not been easy and I understand the community’s frustration and angst. We have done everything to minimize the impact on individuals, but I know that they have affected our teachers, students, families, and school-based administrators," he continued.

"All of this has been necessary to avoid a state takeover, and I look forward to working with the Board in the weeks and months ahead as we continue to improve and work in the best interest of our primary stakeholders – the students,” he said.

You can read Commissioner Corcoran's full letter to the Hillsborough County School Board here: