Everyone was able to exit the home, however, the homeowner said the dog was still inside. 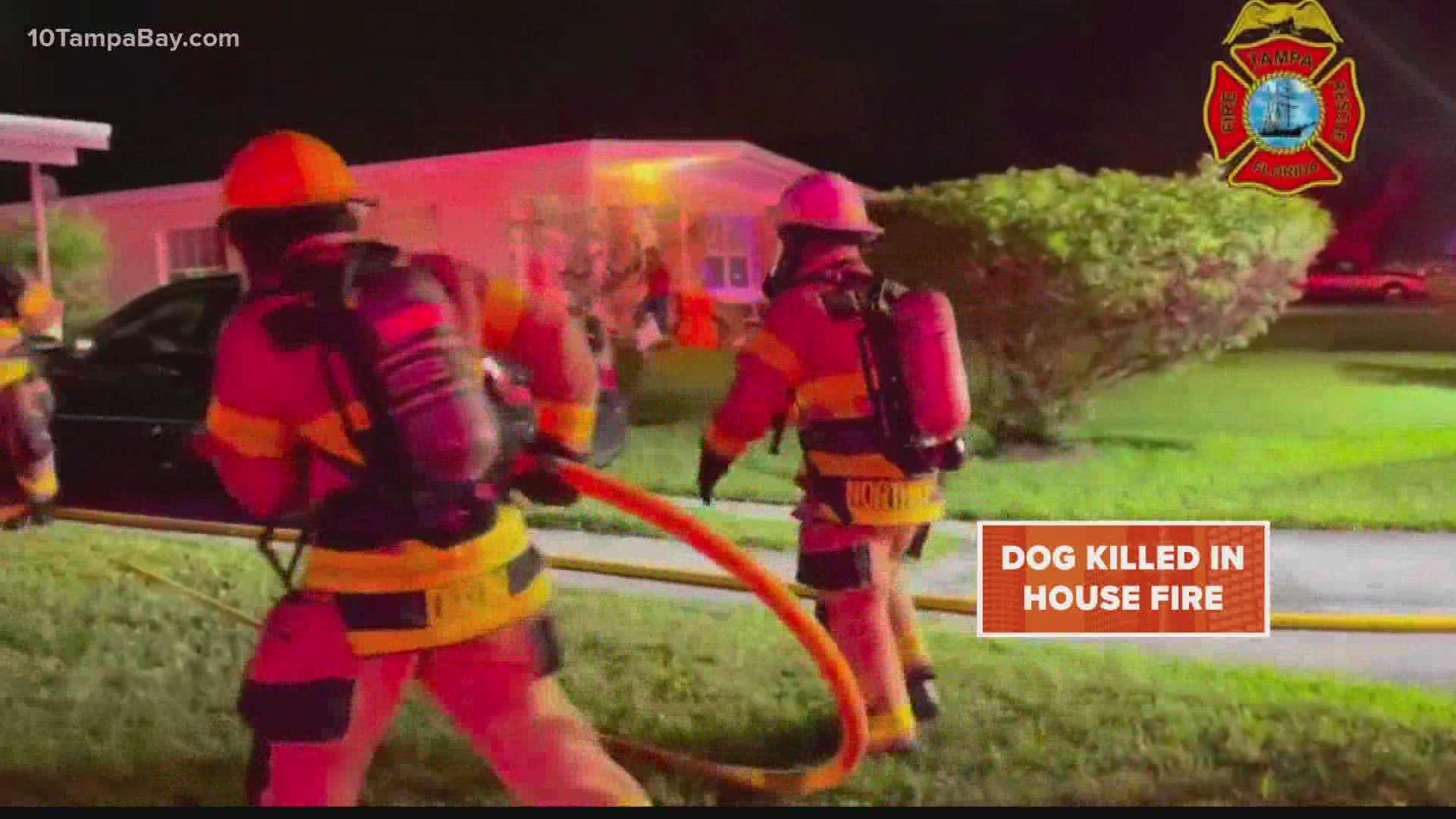 Once firefighters arrived at the home, heavy smoke and flames could be seen coming from the west side of the house. While everyone was able to evacuate the house safely, the homeowner told fire officials that a dog was still inside.

A firefighter was able to find the family pet, but even with rescue efforts, the dog did not survive, according to firefighters.

Tampa Fire Rescue performed a secondary search and found no other people nor animals inside of the home. Firefighters were able to extinguish the fire in less than 10 minutes.

Aside from losing the family pet, there were no additional injuries to firefighters or people who were in the home, officials say.

At this time, the cause of the house fire is under investigation.