Donation fund created for Tampa officer killed when he veered into wrong-way driver to save lives, chief says 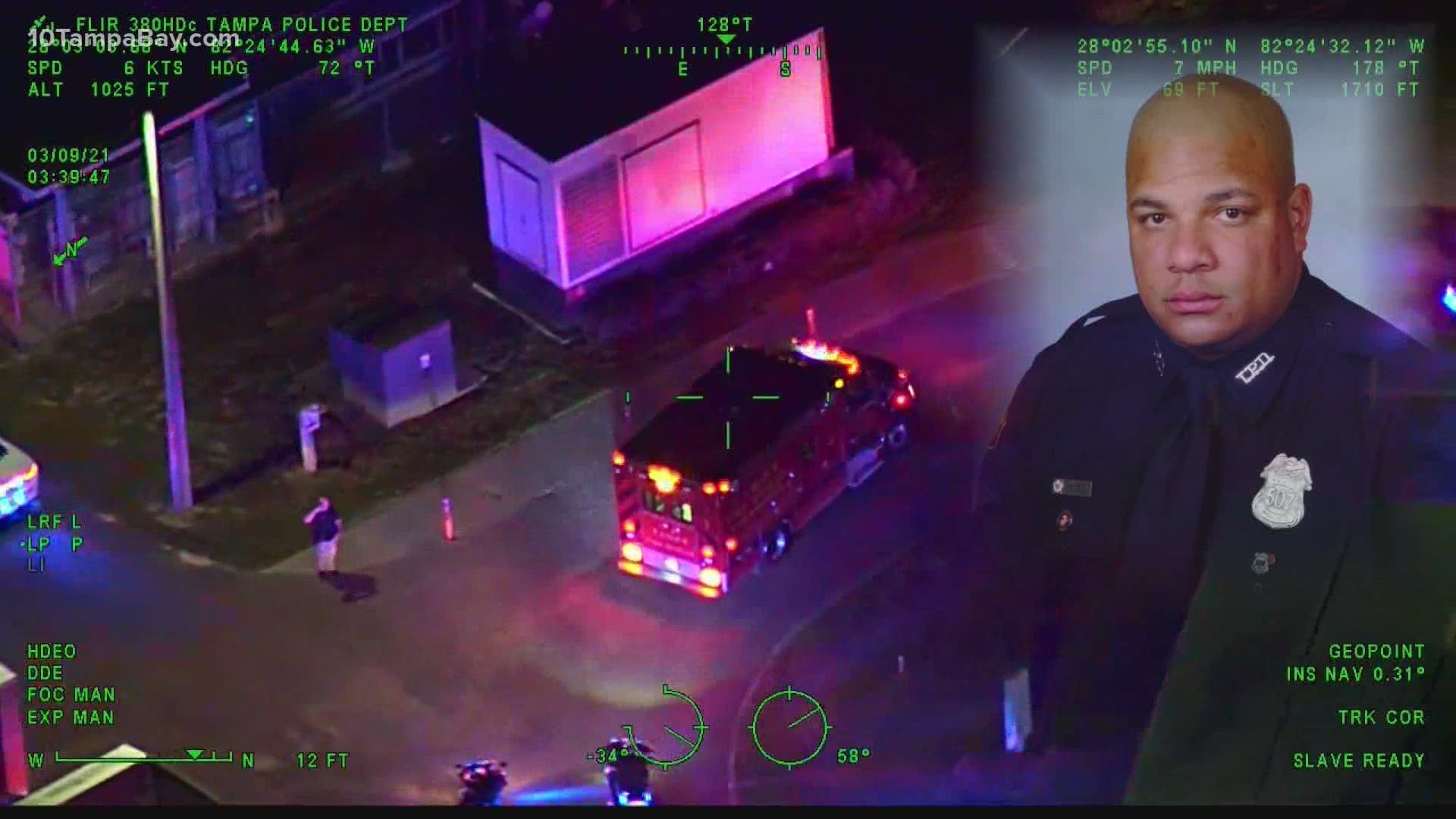 TAMPA, Fla — A donation fund has been created to help the family of Tampa Police Master Patrol Officer Jesse Madsen.

The Tampa Police Department says Rise Tampa has set up a few options for those who want to donate. One-hundred percent of the proceeds will be given to Madsen's family, according to a press release.

Those who want to donate in person can do so at any Bank of Tampa branch in Madsen's name. If you'd prefer to make a donation electronically the police department says you can do so by going online here or sending funds to Venmo at @risetampa or PayPal at paypal.me/risetampa.

Anyone looking to mail in a donation by check or money order will need to send it to the following address:

The "highly decorated" officer was killed in a wrong-way crash on I-275 early Tuesday morning. Chief Brian Dugan said Madsen died trying to protect others, adding that data from both cars are consistent with Madsen "purposefully placing his vehicle in front of [the wrong-way driver.]"

Madsen had been with the Tampa Police Department for 16 years. Dugan said he was a decorated police officer and a seven-time recipient of police life-saving awards.

The other driver was 25-year-old Joshua Montague of Colorado. Montague was also killed in the crash, Dugan said.

The Tampa Police Department said Officer Madsen was a guardian of the city and will never be forgotten.

He leaves behind a wife and three kids.

TPD was right by MPO Jesse Madsen's side as he arrived at the funeral home. #NeverForgotten pic.twitter.com/Zk14Qx82De