The Orange County Sheriff's Office says the video was deceiving, and only showed a single casket. 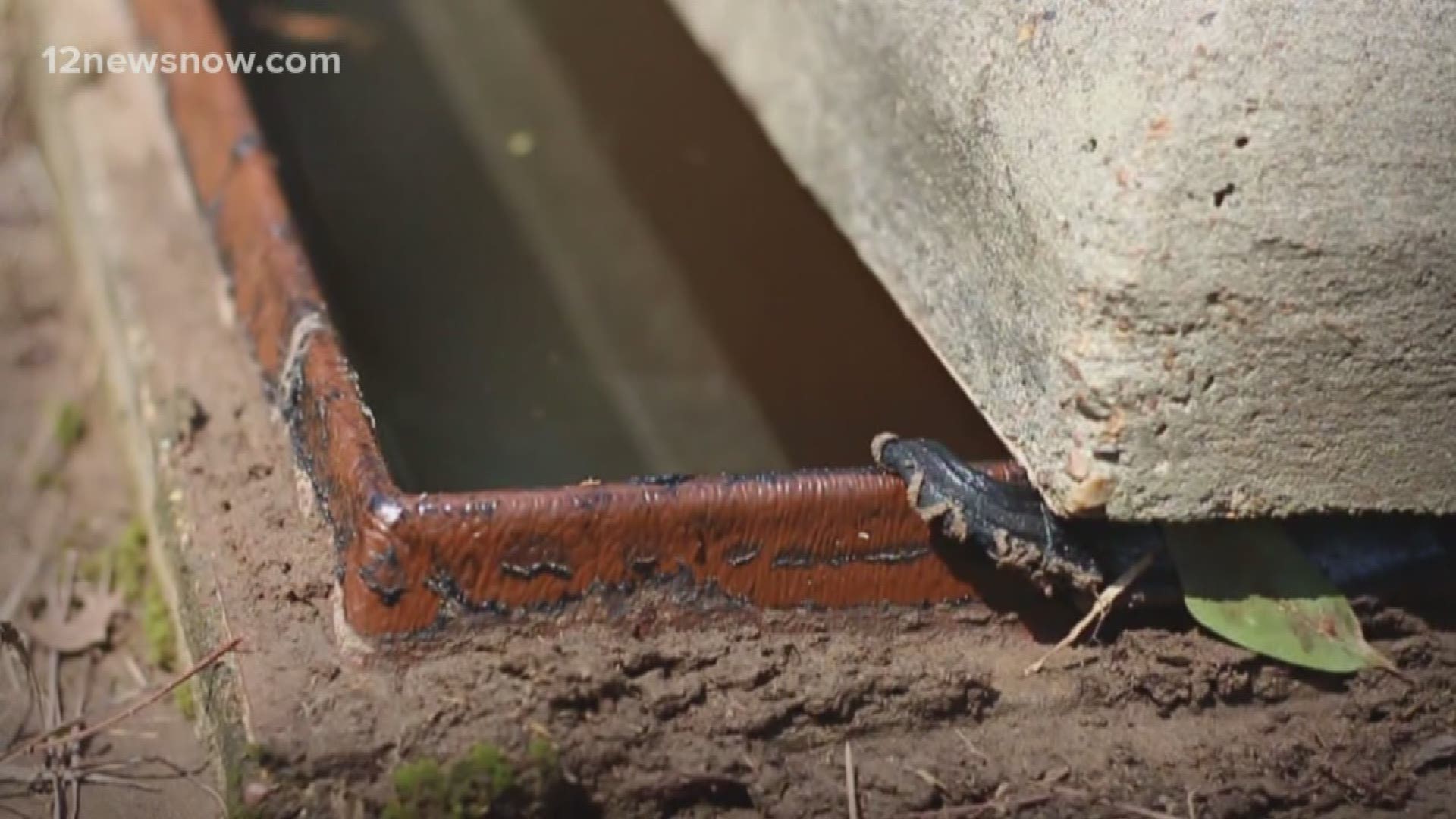 ORANGEFIELD, Texas — You've probably seen the drone footage showing a floating casket in the floodwaters of Orange County after Imelda swept through the area.

The Orange County Sheriff's Office responded to the Mary Williams Cemetery after someone reported the floating casket.

They got to the cemetery in time to save it, but say that drone video was deceiving.

The drone video shows what looks like several floating coffins in Orange County.

Wilford Walles said he has several family members buried there.

"Most of my relatives are buried in there. My father and mother, I got aunts and uncles, grandparents, and just all different relatives," Walles said.

Walles lives just down the street.

"I wouldn't want it to be one of my relatives. I don't know what made it do that, there was some problem. I thought they put them in concrete vaults," Walles said.

The concrete vaults are sealed, according to the sheriff's office.

"It was surface level vaults, which is why it appeared that they were caskets. It wasn't the caskets that you were seeing -- it was only the one casket, but several vaults," sheriff's office spokesperson Janois Grizzaffi said.

The sheriff's office saved the casket, which was buried 18 years earlier, and returned it to the funeral home. The family was also notified.

"This is a situation that's not new to us," Grizzaffi said.

The flooding situation isn't new to Walles either. His property had more than three feet of water after Imelda.

Harvey damaged Walles' house in 2017, and Imelda is only the second time he's seen flooding like this in his 37 years here.

"I've been here so long, I'm not moving," Walles said.