An e-cigarette reportedly exploded in a North Port man's pocket while he sat at his desk. 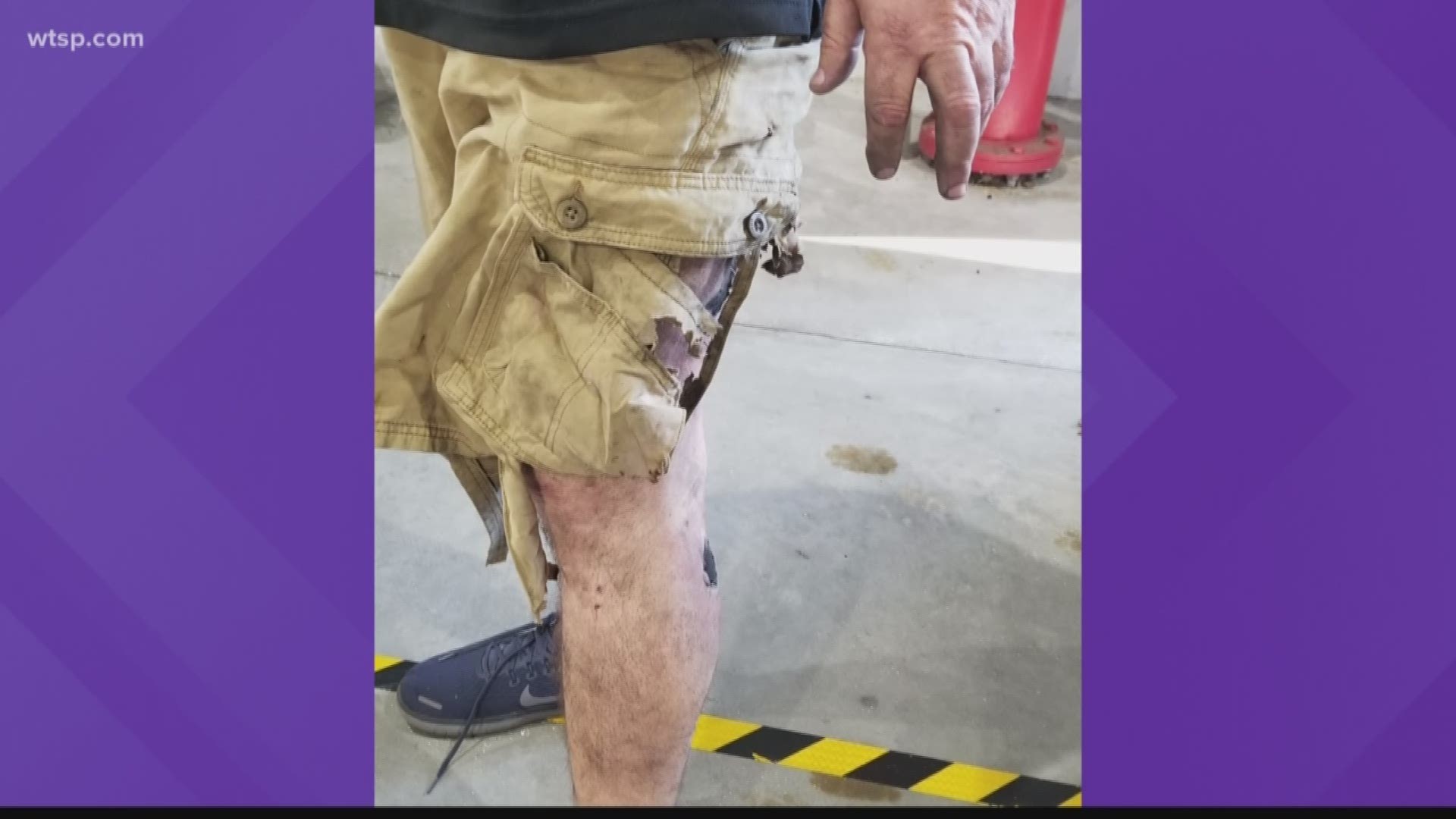 NORTH PORT, Fla. -- There has been a history of e-cigarettes blowing up.

According to the US Fire Administration, there have been nearly 200 fires and explosions and 130 injuries related to e-cigarettes between 2009-2016.

An e-cigarette reportedly exploded in a North Port man's pocket while he sat at his desk.

“He was clearly in shock,” Brant Julius said.

He knew there was a fire when the alarm sounded at his job, but he didn’t expect to the source of the fire to be his 43-year-old co-worker, Mike.

“I could see the smoke in there," Julius said. "He said the e-cigarette blew up in my pocket. I said let me see your leg. He lifted up his pants. I could see he had third-degree burns."

“He was seated here on his computer working,” recalls Jordan Meeks, a project manager.

His office is next door and after everyone evacuated, he noticed his co-worker's office filled with smoke.

“He got up, tried extinguishing the flames and tried taking off his pants," Jordan said.

“I could see the smoke in there, the shrapnel of his pants like a bomb went off," Julius added. "Literally pant pieces spread on the floor, the smell of flesh and chemical burning, it wasn’t nice."

The Fire Marshall is still investigating, but Meeks says his coworker has an idea about what caused the explosion.

“He has a great family great guy, he’s lucky it wasn’t his hand or face," Julius said.

The business owner says he will make a new policy limiting where e-cigarettes can be used at his shop, and how they are to be properly stored for the safety of his workers and business.