Elgin mother gets life back after 15 years of drug addiction

Laura Vasquez spent nearly 15 years living on the streets of Austin, battling a crack cocaine addiction and engaging in prostitution. 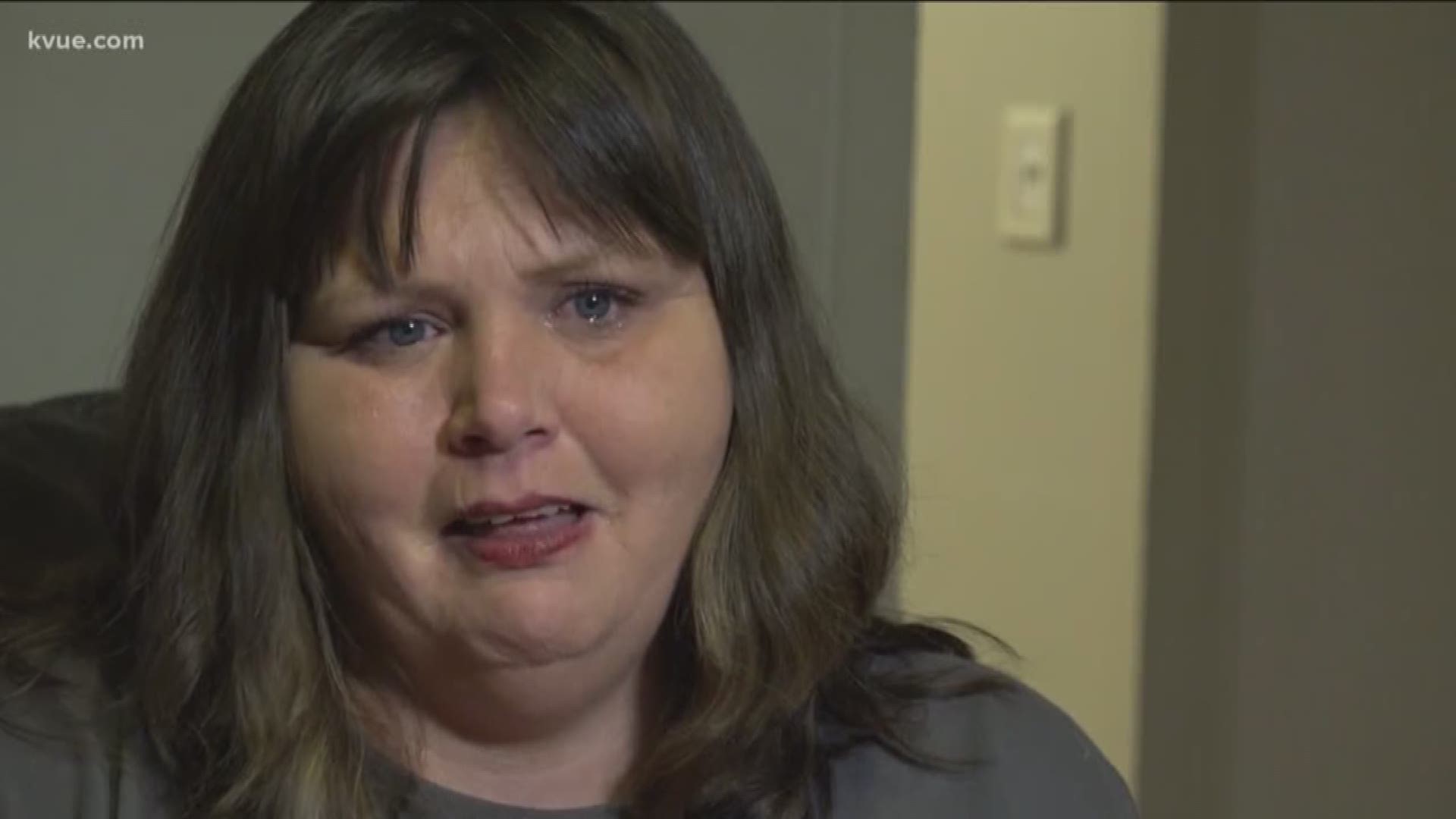 ELGIN, Texas — Laura Vasquez has a success story that started in the streets.

Vasquez is now a mother and wife in Elgin after spending time at Austin Recovery. Being homeless is what helped get her into recovery.

She lived in the area near Interstate Highway 35 and Rundberg Lane in North Austin.

“I ended up spending nearly 15 years on and off the streets, using drugs and prostitution and theft and different things that really destroyed my life,” Vasquez said.

From the underpass to the Austin Village Motor Inn nearby, to a bus stop at Georgian and Fawnridge Drive, Vasquez’s life was difficult.

“That was my breaking point,” Vasquez said. “Once I proved that I was not a fit mother and I was unable to take care of them appropriately, I lost everything.”

That’s when life started to get even more difficult.

“The last two years that I lived on the streets were pure torture,” Vasquez said.

She was still using crack cocaine, engaging in prostitution and sometimes attacked.

“I remember always thinking, ‘I don't want my kids to come looking for me when they turn 18 and to find out I died,’” Vasquez said.

That torture turned into triumph at the bus stop where she often went to pray.

That sparked a series of small miracles, Vasquez said, that ultimately led her to treatment. Her friend at the time helped her get to Austin Recovery, where she spent several weeks. Now, he’s her husband and Austin Recovery is her employer.

The 'Clean' Challenge: Couple shares powerful before and after photos of beating addiction

Texas doctors urged to get waivers for treating opioid addiction

“Laura is amazing,” said Laura Sovine, executive director at Austin Recovery. “Giving back to clients that are like her is a real gift to us, and the clients get so much out of that.”

Austin Recovery has been serving people with substance abuse disorder in Central Texas for more than 50 years. The nonprofit operates an outpatient counseling center on South Congress as well as a residential treatment center in Buda.

“We stay true to our mission and our values – for us, recovery has never been a money-making business,” Sovine said. “Even when we were founded, we were founded based in love and hope and missions and values and integrity, and we continue that today.”

The treatment focuses on cognitive behavioral health and attempts to look at the underlying causes of addiction and mental illness.

For Vasquez, the opportunity to give back is a goal she wanted to achieve from the beginning.

“Every day I'm thankful that I get to sit there and encourage them and show them that they can be whoever they want to be; they don't have to be what the world and society tells them that they are,” Vasquez said.

She knows the struggle firsthand.

“I wish that the general population understood that it is a mental health disorder,” Vasquez said. “It is not something people choose to do.”

Vasquez said her sober date is in April 2011.

“I like to tell people I went from homeless to homeowner in seven years,” she said.

In addition to being a homeowner, she’s a proud wife and mother.

“Just having them back in my life and a new child too that I can actually have a hands-on approach at raising – I get to take him to soccer practice and school, and bond with him like I wished I could have with my older kids – that's pretty spectacular.”