Instead of focusing on keeping the fire contained, firefighters are now in offensive mode to put the flames out.
Author: Doug Delony, Chloe Alexander, Michelle Homer, Lisa Carter
Published: 11:53 AM EDT March 17, 2019
Updated: 5:04 AM EDT March 20, 2019

Since 10 a.m. Tuesday, two more tanks caught fire and two re-ignited. One tank burned out. Bringing that to a total of eight tanks burning, which is three more than before.

Firefighters continue using foam and water to fight the flames. ITC officials said their primary goal is to contain the fire to the tank farm area.

Ryan Sitton, Commissioner of the Texas Railroad Commission, said there is no air quality concern.

"The stuff burning out of those tanks is a gasoline or gasoline blend...but there's not toxins in there," Sitton said. "There can be particulates in there, there may be ash that's coming out, but they’re the same risks you’d have in your backyard fire when you get ash out of that."

Sitton said there are four agencies -- ITC, TCEQ, Harris County and the EPA -- monitoring air quality. He said all of the monitors indicate there are no elevated risks.

While acknowledging "the dark cloud of smoke seems ominous," Houston Mayor Sylvester Turner said there's "no cause for alarm" as the huge plume from the Deer Park fire spreads west.

The mayor said air quality is being monitored around the clock, with 10 monitors providing hourly updates.

"If we detect any cause for alarm, we will be the first to let you know," Turner said.

RELATED: Pets can be affected by the Deer Park fire, smoke

RELATED: If you have health concerns about the Deer Park fire, here's what you need to know

On day 3 of the massive tank farm fire, emergency responders are still trying to suppress fire on five tanks. Three others have "burnt out" at the Intercontinental Terminals Company in the Deer Park area. Two more tanks that were empty have collapsed. And five tanks have, so far, been spared from the flames.

Watch a raw live video stream in the player above

Right now, the weather is on our side, according to Harris County Meteorologist Jeff Lindner.

He said the plume is at 4,000 feet and will rise to about 6,200 feet this afternoon as it continues moving west/northwest.

"As the winds weaken, the plume height could drop down," Lindner said.

"If the winds were to shift, there could be a bigger concern for our community," said Harris County Judge Lena Hidalgo.

Even though air monitors aren't indicating unsafe levels, Harris County Public Health encourages people to contact their health provider if they experience adverse symptoms like headaches, nausea, dizziness or irritation of eyes, nose and throat among other possible symptoms.

And don't forget your pets. Here's a list of symptoms you should watch out for, along with tips to protect them.

RELATED: Are pets in danger from the ITC Deer Park fire, smoke?

For information on air quality data, tap/click here (Note: Not all test sites are operated by the Texas Commission on Environmental Quality, as some are installed by a third party, and therefore data may not be available).

Firefighters Tuesday morning were in defensive mode, using foam and water to prevent the fire from spreading. They say the risk of an explosion is "minimal."

“We have several foam engines and foam aerials that we’re currently using, and we’ve had pretty good success controlling fire and keeping it off the rest of the tanks,” said Ray Russell, CIMA Specialist with Incident Command.

There was a setback Monday after a temporary reduction in water pressure caused the fire to intensify and spread, according to ITC.

The City of Houston provided 5,000 gallons of water to help out.

RELATED: What chemicals are burning at ITC in Deer Park/La Porte?

“Emergency responders continue to work with foam and water to control and prevent the fire from spreading,” said ITC spokeswoman Alice Richardson. “We continue to take precautions to further reduce the risk of explosion.”

Harris County Commissioner Adrian Garcia is asking why ITC's CEOI didn't call for help on Sunday when the fire began.

If another shelter-in-place is issued, here's what you need to know.

The following bullet points are from FEMA.gov: 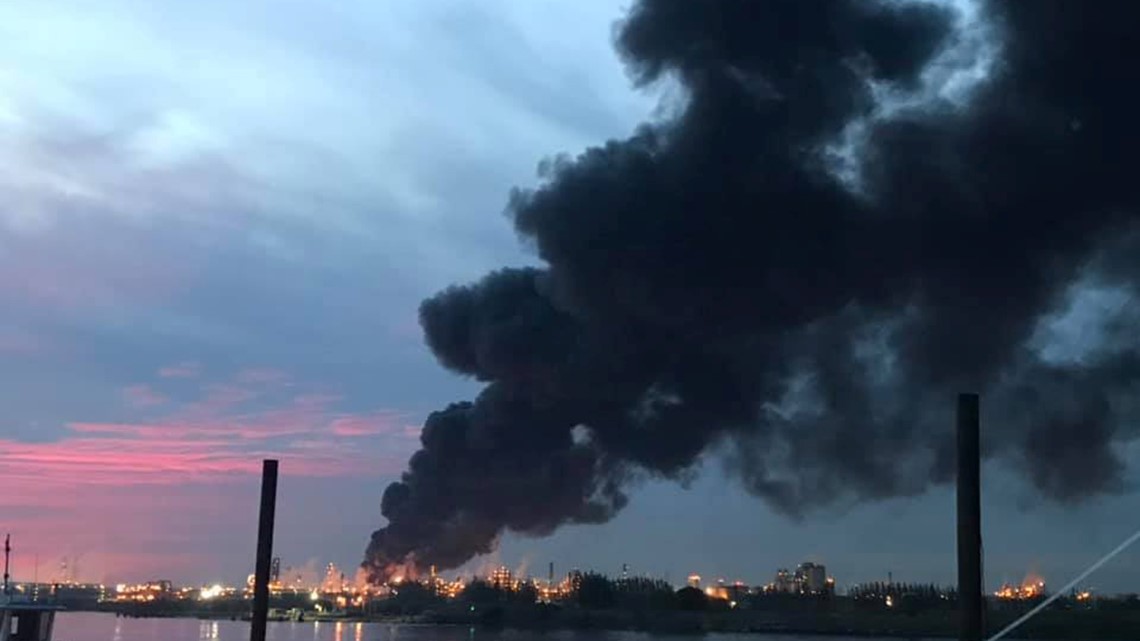 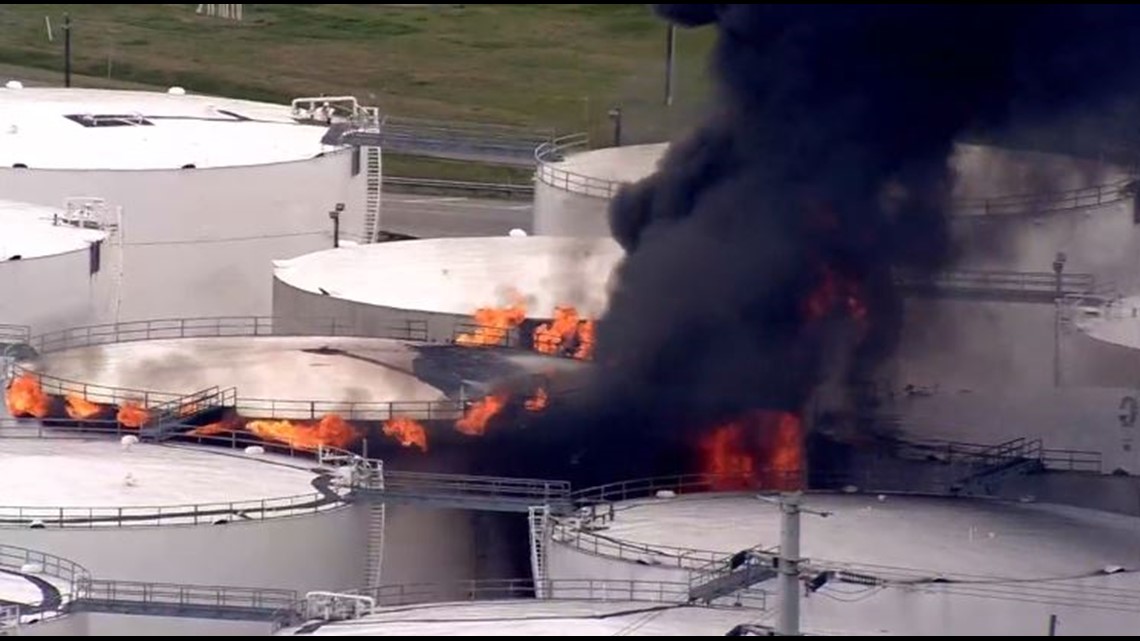 According to their website, ITC Deer Park terminal stores all kinds of petrochemical liquids and gases, as well as fuel oil, bunker oil and distillates.

The ITC Deer Park terminal, which started in 1972, currently has
13.1 million barrels of capacity in 242 tanks. It stores petrochemical liquids and gases, as well as fuel oil, bunker oil and distillates. The terminal has five ship docks and ten barge docks, rail and truck access, as well as multiple pipeline connections.

RELATED: Are pets in danger from the ITC Deer Park fire, smoke?