Florida tops list of most dangerous places for walkers

Thousands of people have died crossing or walking along Tampa Bay area streets. 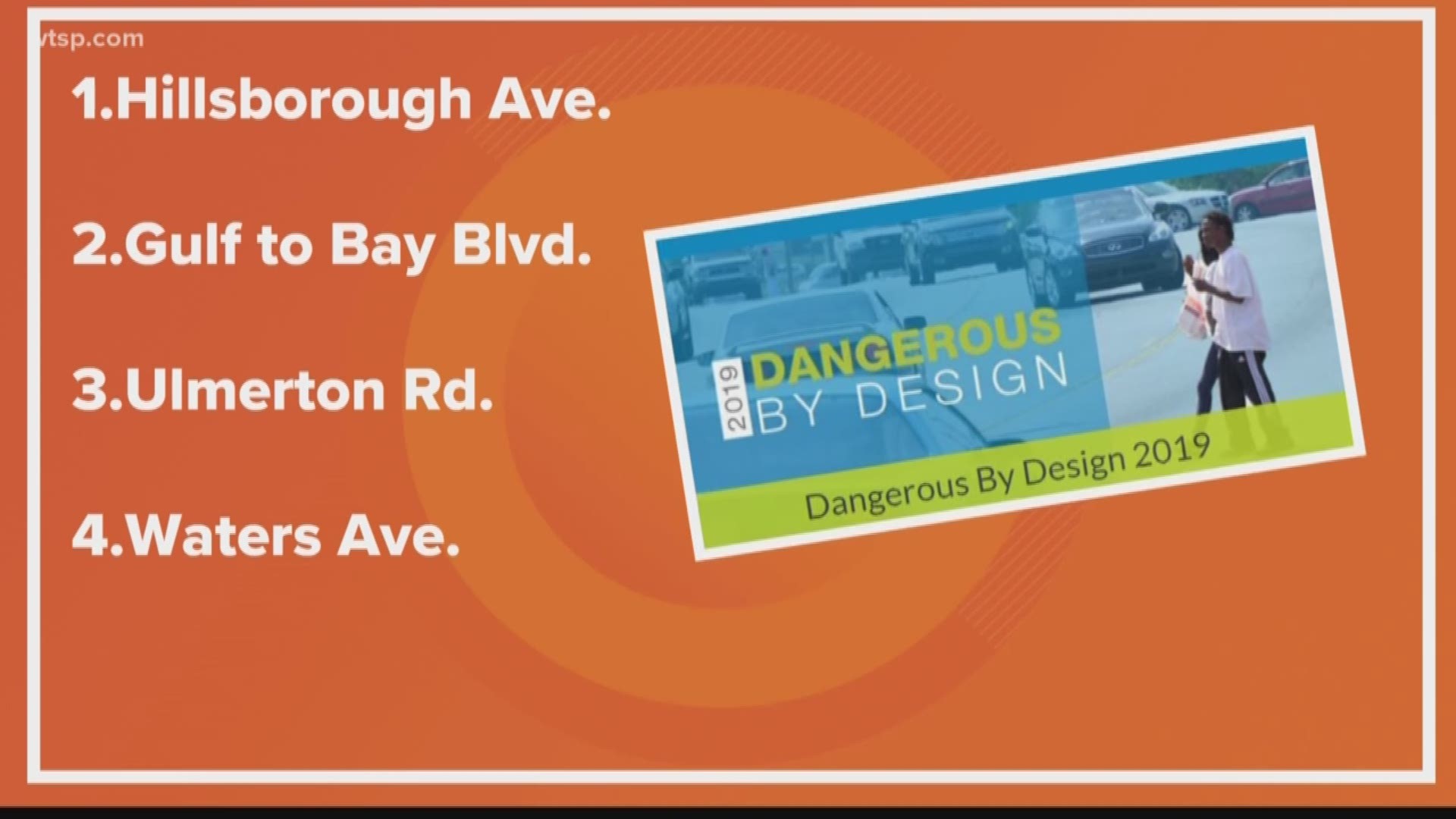 TAMPA, Fla. — A study ranks the top ten most dangerous metro areas for walking and Florida claims eight of those spots.

The research from a non-profit called Smart Growth America listed the number crashes where drivers hit and killed people walking on streets across the entire country. The most dangerous areas were:

The data covered deadly crashes from 2008 to 2017 and found that 5,433 pedestrians were killed by drivers in Florida.

In the Tampa Bay area, some of the most dangerous stretches of road were Gulf to Bay Boulevard, Hillsborough Avenue, Ulmerton Road and Waters Avenue.

There's an interactive map listing each crash that killed a pedestrian available here.