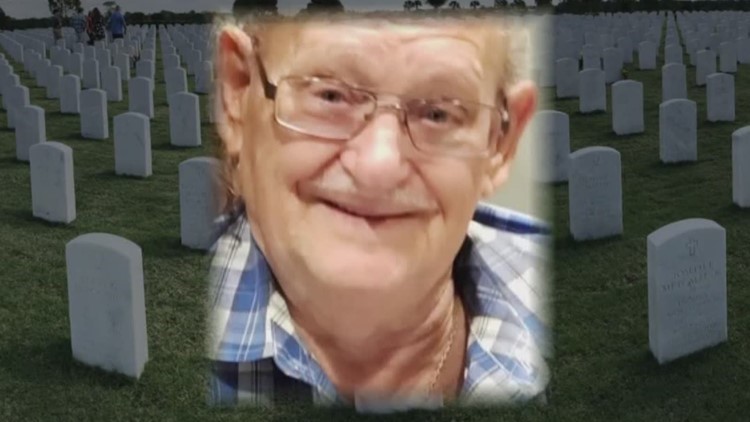 Florida veteran who was buried with honors had family after all

SARASOTA, Fla. (AP) — More than 2,000 people recently attended a funeral for a veteran because they didn't want him to be buried alone, but a Florida newspaper reports that the man did in fact have immediate kin.

The Sarasota Herald-Tribune wrote Saturday that Edward Pearson had two sons. One told the paper their father walked out on them when they were teens.

The family did not know of Pearson's passing until the day before the Oct. 1 service , and by that time, the funeral home had invited the public to attend, saying he had no immediate family.

Liz Pearson, Edward Pearson Jr.'s ex-wife, says the family found out too late to make arrangements to travel to Sarasota. She says they would have attended if they had known about it sooner.

RELATED: Thousands of people gather for funeral of veteran without family