The Sunshine Protection Act was signed into law in March, but Congress still has to pass legislation allowing Florida to have year-round daylight saving time. 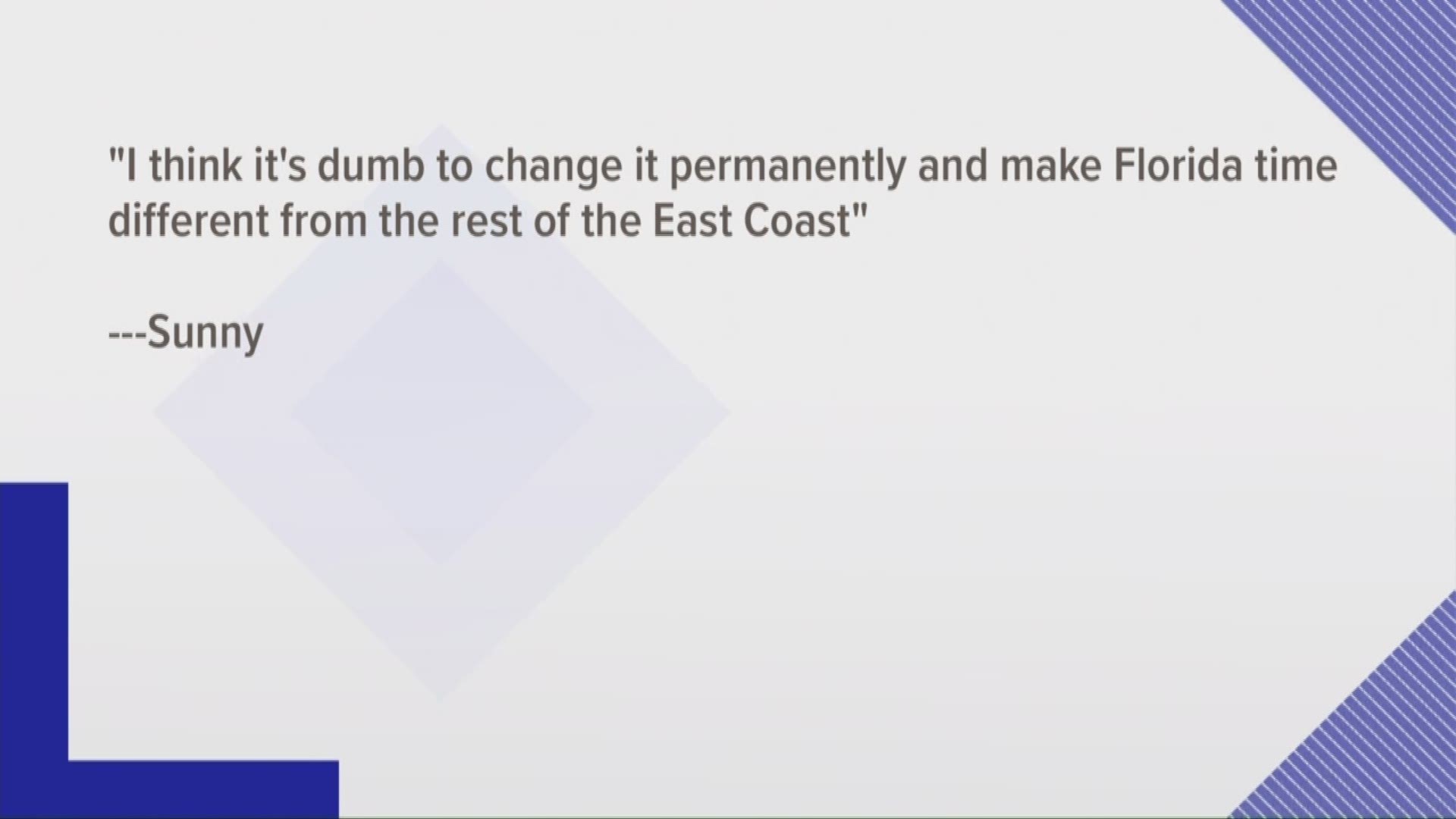 But we still have to set our clocks back this weekend.

While the Sunshine Protection Act gathers dust in the U.S. Senate, Floridians await action from Congress to allow the Sunshine State to be kept "sunny year-round.

10News reached out to Sen. Marco Rubio's office last month about next steps to get approval from Congress.

"The next step is moving the bill through the Commerce committee, and we're hoping it gains some momentum come November when it starts getting dark early again," Rubio's office said.

If -- and when -- Congress authorizes the move, Florida would essentially be an hour ahead of the rest of the East Coast for much of the year. It would also mean later sunrises and sunsets from November to March, which is peak tourist season for many beach cities.

But year-round daylight saving time would have some downsides for Florida, too.

When it's noon in cities on the East Coast, it would be 1 p.m. in Florida, possibly causing some confusion. The Florida Panhandle is on Central time now, so during the winter, it would be on Eastern time.

Then, from December to February, sunrise wouldn't be until about 8 a.m. in Miami, 8:20 a.m. in Tampa and 8:30 a.m. in Tallahassee. If that forces schools to start later, it could mean chaos for parents dropping off kids in time to get to work.