The cause of the fire has not been determined. 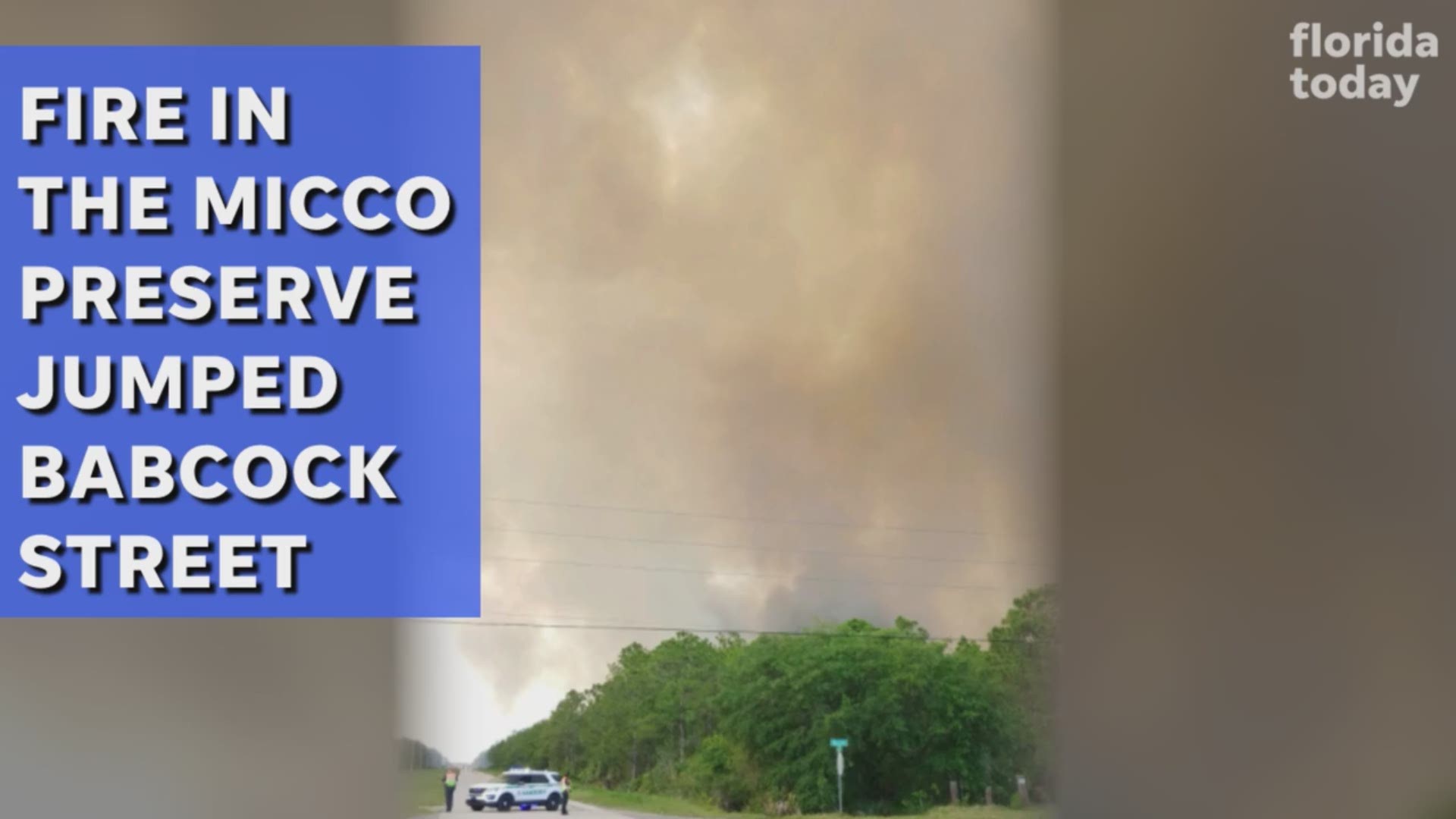 BREVARD COUNTY, Fla. -- Thick smoke from a 600-acre brush fire in south Brevard County has closed Interstate 95 this morning, with motorists rerouted to U.S. 1 as an alternate route.

I-95 was closed to north and southbound traffic from Malabar Road to the Indian River County line, according to the Florida Highway Patrol. It reopened just after 8 a.m. Monday.

Alternate routes would be Babcock Street or U.S. 1 between Malabar Road (Exit 173) and County Road 512 (Exit 156) in Fellsmere/Sebastian.

On the scene were 23 fire units, five forestry tractors and a STAR helicopter dropping water on the area Sunday evening.

Authorities called in air support to help tackle the fire with suppressants. The fire - which cast a large black plume of smoke against the blue sky earlier in the late afternoon - was burning through an area of the Micco Preserve thick with foliage and scrub brush.

The fire was first reported about 2:15 p.m. Sunday in the area where a new interchange was being constructed. Brevard County Fire Rescue crews were working with Palm Bay Fire and Florida Forest Service crews.

The cause of the fire has not been determined.