There are no victims at this time, according to Doral police. 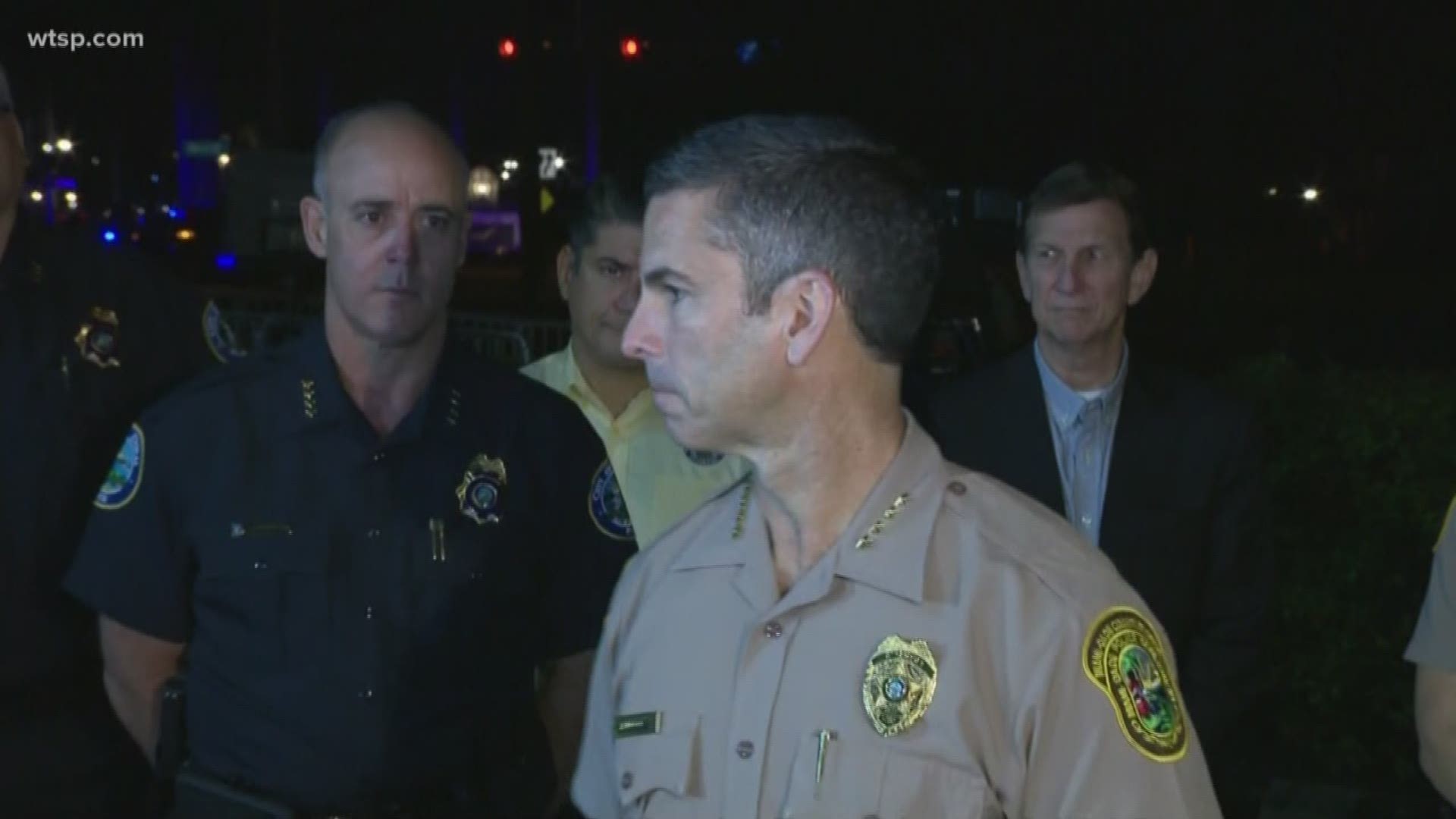 The Doral Police Department says on its website there are "no known victims at this point" and there is "no further threat."

Police identified Jonathan Oddi, 42, of Doral as the suspected gunman.

Oddi was shooting in the lobby of the hotel, according to the Miami-Dade Police Department. Police said he fired a handgun at the roof and chandelier of the hotel.

Miami-Dade Police Department director Juan Perez said it appears Oddi was trying to lure police officers into an ambush or an attack.

"If not for the heroic efforts of the police officers that responded today, this individual would've caused a lot of harm," Perez said.

The officers shot Oddi multiple times in the lower body, according to police. First responders took him to Kendall Regional Medical Center in Miami. Oddi is in stable condition, according to Miami-Dade police.

One of the officers had an injury in the incident that was "non-firearm related," and is in good condition at Baptist Hospital of Miami. The officer suffered "some broken bones" during the incident, according to police.

Before Oddi began shooting, he removed a flag from the flagpole and draped it over the counter of the hotel lobby, police said. Oddi then began yelling "anti-Trump rhetoric," according to police.

The Florida Department of Law Enforcement will take over the investigation.

The golf resort previously known as the Doral Resort & Spa was purchased by the Trump Organization in 2012. Its signature course is the Blue Monster at Doral.

Editor's Note: The Associated Press contributed to this story.