The officer heard that the man couldn't get a job at McDonald's unless he shaved his beard, so the officer got some clippers and helped him clean up. 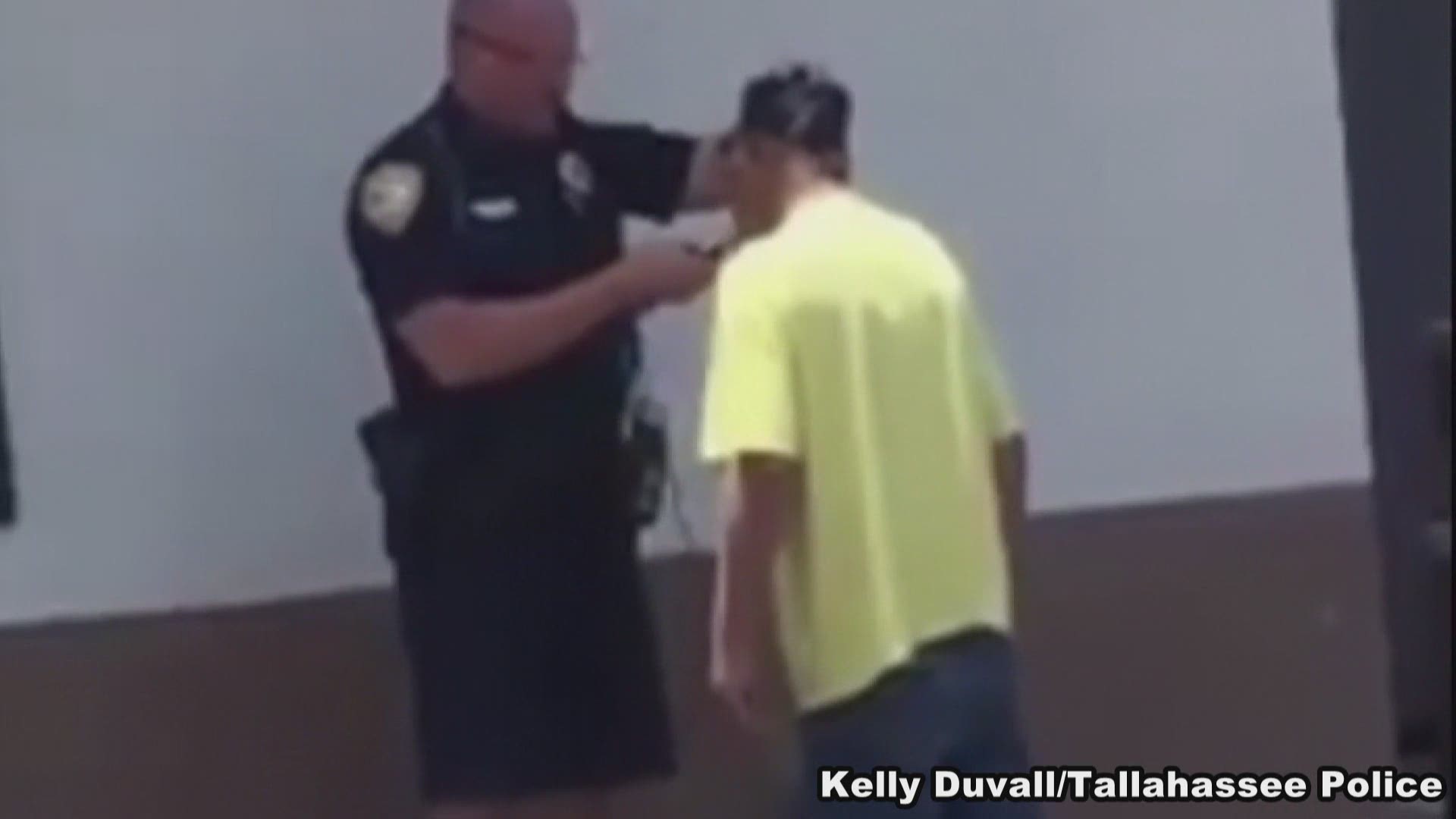 TALLAHASSEE, Fla. -- An officer's act of kindness went viral after he was caught on video helping a homeless man shave his beard.

Officer Carlson with the Tallahassee Police Department was filmed outside a gas station helping a man shave his beard so he could get a job at McDonald's.

In a Facebook post, Greg Tish of Real Talk 93.3 in Tallahassee interviewed the man, named Philip, and said he got the job on Monday.

In the video, the man said the hiring manager at the McDonald's on Thomasville Road said if he could show up Monday with a clean face they would get him a job.

Citizen Kelly Duvall originally sent the photo and video of Carlson helping the man shave his beard outside a Circle K gas station on Thomasville Road.

In a post to the police department, Duvall said her daughter was at the gas station and recorded the officer shaving the man's beard. Inside, the daughter offered to buy the officer a drink and he told her the homeless man had been looking for a job at the McDonald's next door.

The Tallahassee Democrat said Carlson told them he saw a man trying to shave his face outside the gas station. He didn't have a mirror, the newspaper reported, and was having trouble with the razor, so Carlson fixed the razor and shaved the beard for him.

The department shared Duvall's photo and video and said, "Great job, Officer Carlson! Your great work just happened to be caught on camera today (Sunday). Thank you for your service, caring & compassion."