18-year-old Gia Fuda got lost near Highway 2 after her car ran out of gas over a week ago. She ended up surviving off of berries and water from a nearby creek. 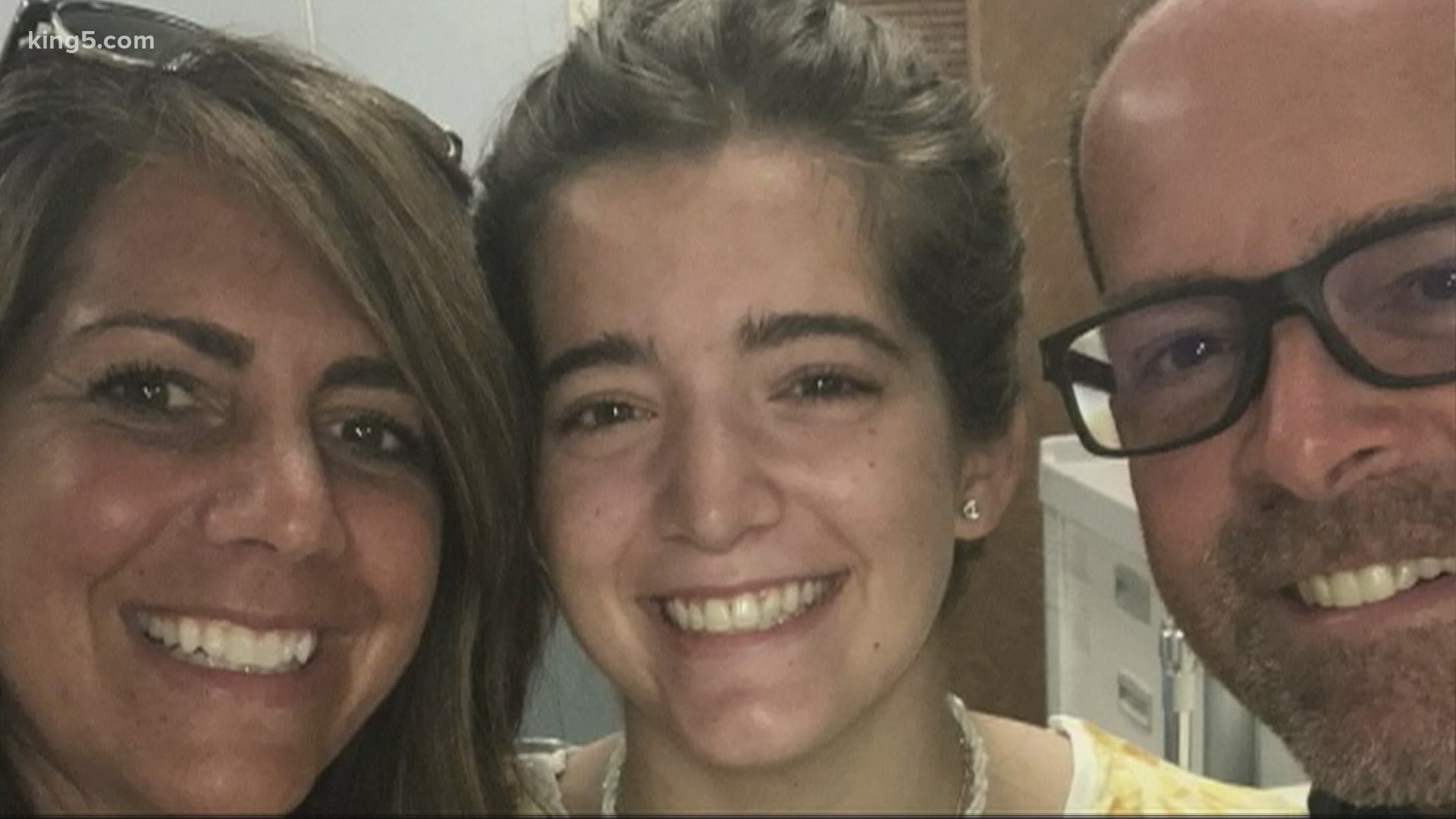 MONROE, Wash. — 18-year-old Gia Fuda is still in a Monroe hospital as of Sunday evening, surrounded by loved ones.

Her family said she's been doing great considering all she's been through.

Fuda was last seen on July 24 when she stopped to get a coffee. Her car was found abandoned on Highway 2 and out of gas. She told her parents she got out of her and took her cell phone to call for help, but got lost.

“There’s no reception up there, so she was going to get reception or help. She got down the road and got up into forest the trees, and the woods thinking she could get to a bridge and got turned around up there,” her father, Bob Fuda, explained.

Finally, after more than a week on her own, she was reunited with her family on Saturday.

“It was almost not real, we're crying ‘Gia how are you doing?’ and she's like ‘I'm fine.”.. I'm like are you kidding me?” her mother, Kristin Fuda, explained.

“She's doing amazing, after eight days of no food, eating berries up there... she said she was eating berries. She's an amazingly strong girl," Bob said.

Her family said she was able to drink from a creek and spent much of the time walking around and praying.

Gia is a bit scratched up and dehydrated but didn’t suffer any major medical issues. She told her parents that she didn’t realize she was missing for so long.

The family said they're so grateful for police, search teams and the community who helped them stay strong as the search went on day after day. For many of them, this happy ending was meaningful as well.

“That was the best thing I heard everyone saying, this is the best news of 2020,” Kristin said.  “We kept faith and I kept telling him (Bob), 'She's so stubborn, she'll make it,'” she said.

Gia had plans for school this fall, but her family said they’ll have to reevaluate those plans when she’s back to feeling 100% better.  For now, they’re grateful to have her home safe and say if she wants to go on any more drives, they’ll take her.