Haitian pastor of Tampa Bay urges US to save kidnapped missionaries

The 400 Mowozo gang in Ganthier, east of capital Port-au-Prince, has been notorious for previous kidnappings and killings. 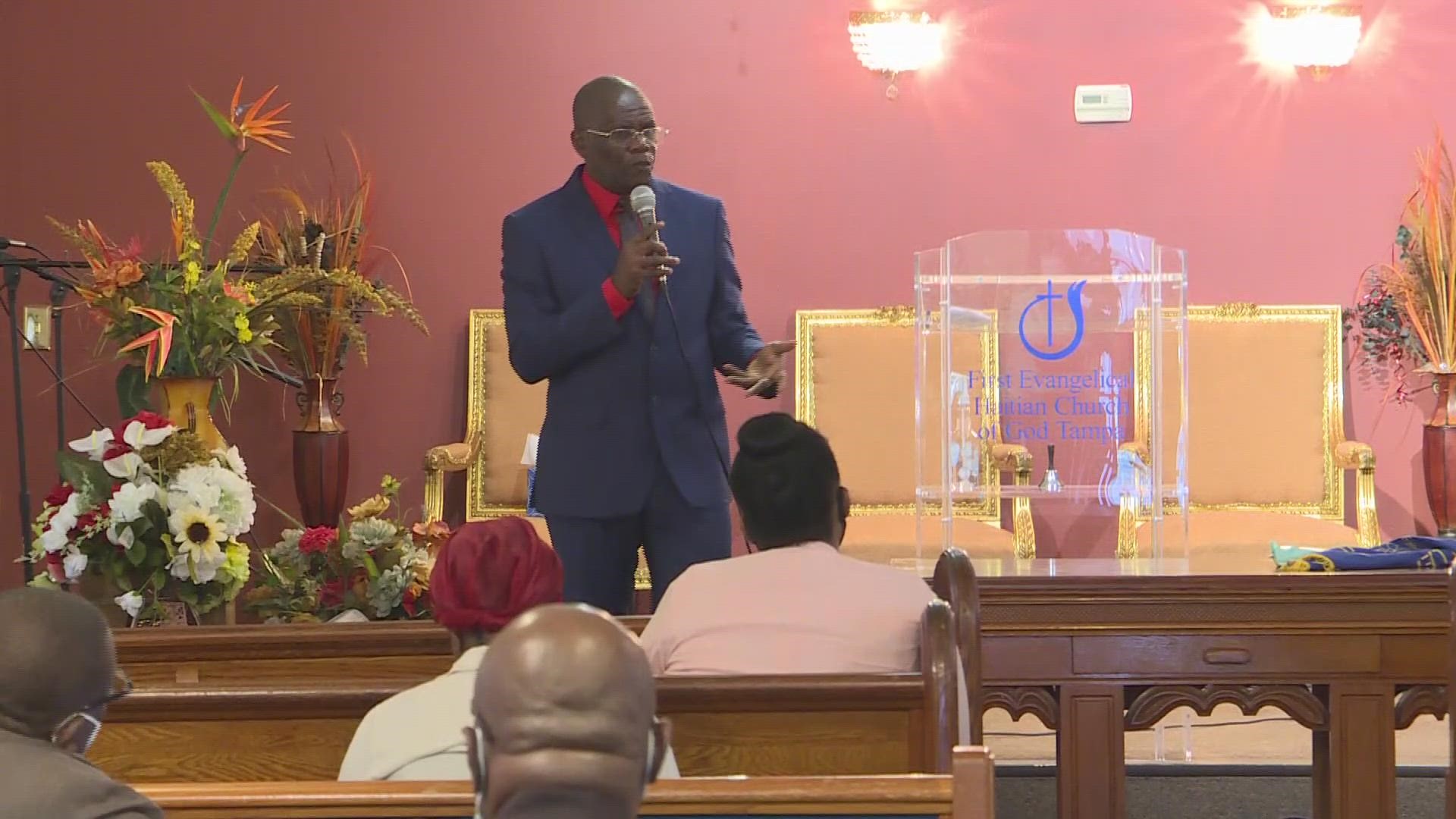 TAMPA, Fla. — A gang in Haiti is accused of kidnapping 17 missionaries, including children, according to police.

"They go to Haiti to help people," Pastor Revient Lindor of First Evangelical Haitian Church of God in Tampa said. "Enough is enough."

The 400 Mowozo gang in Ganthier, east of capital Port-au-Prince, has been notorious for previous kidnappings and killings, according to the Associated Press. The gang reportedly kidnapped five priests and two nuns earlier this year in Haiti.

Pastor Lindor said the recent kidnapping is part of a bigger problem in Haiti. Social unrest and political turmoil continue in the country after citizen demands of former President Jovenel Moïse to step down. He was later assassinated.

It also comes after accusations that money intended to support victims of the 2010 earthquake never made it through. Most recently, a 7.2 magnitude earthquake in August killed more than 700 people.

Those two incidents killed and affected the family members of Pastor Lindor, but he said the kidnappings taking place in Haiti are worse than the earthquakes because they're deliberate and happen more often.

Pastor Lindor said he doesn't have much hope the Haitian government will intervene based on history.

"I can say we don't have a government over there, because when people do whatever they want to do, it means there's no government," Lindor said.

He's calling on the U.S. government to use its power to hold Haiti's leadership accountable and rescue the kidnapped missionaries from the gang.

"I don't know how they're going to do that but somehow," Lindor said. "The only thing I can say is I can pray...'God, please. Stop them.'"

Haiti's National Police reported 328 kidnappings in the first eight months of 2021. In 2020, there were 234 reported kidnappings in all of 2020, according to a United Nations Integrated Office report in Haiti.

On top of a spike in kidnappings, authorities said gangs have demanded ransoms that rack up to more than $1 million.